Bitcoin fired off the Week with Rejection to the High Side 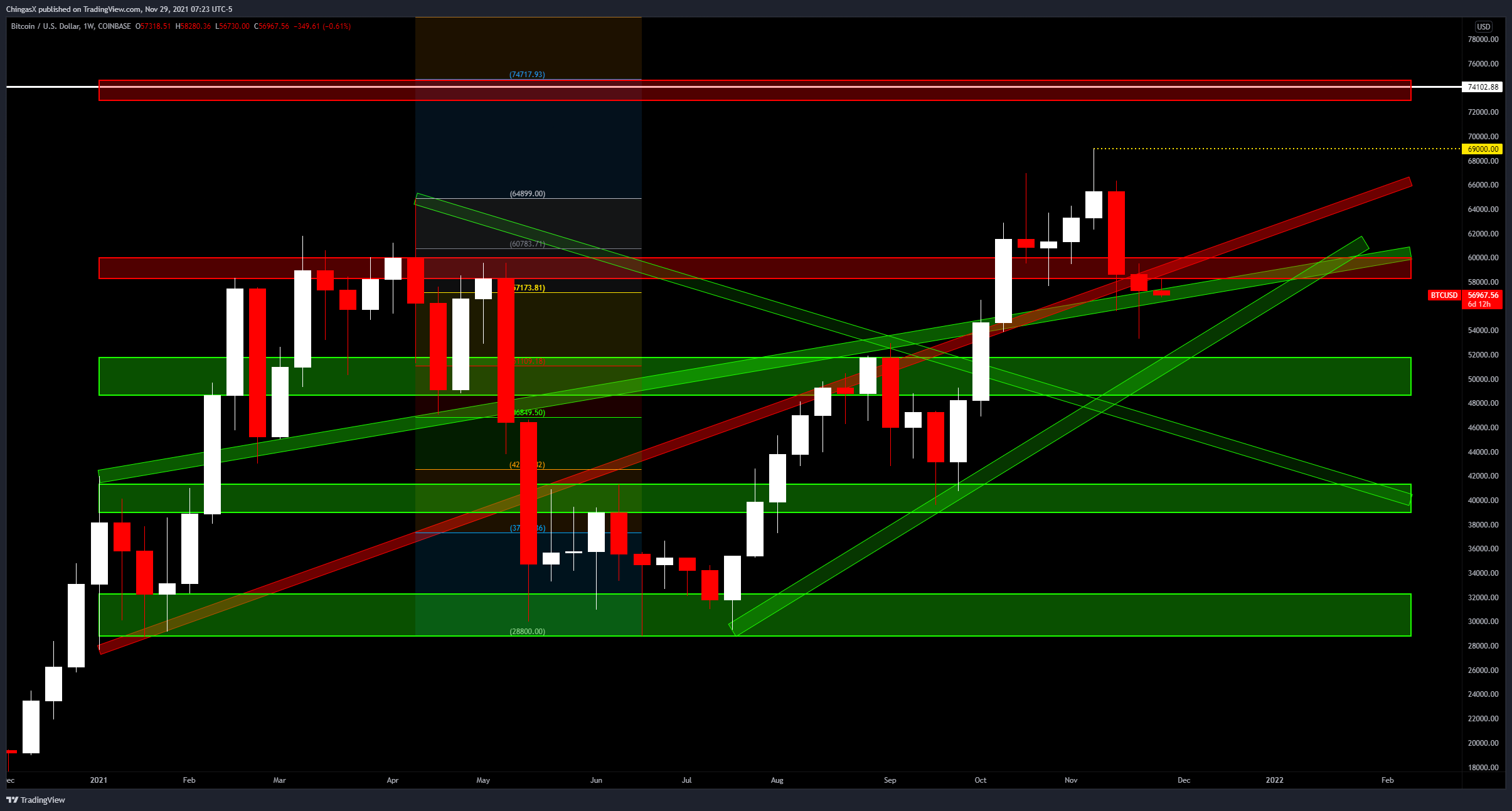 Bitcoin wasted no time coming off of its Weekend Push but instead of breaking through local resistance and re-establishing support, it failed and has since left a wick in its place.

The level is $58,300 and that is the low end of the Weekly Resistance.  The upper part of the zone is about $60K.  There is also an upward sloping internal trendline that helped derail the Bulls plan to come out of the gates swinging.

The top of the next Support area is about $52K.  The bottom of the same zone is around $48,600.  There are levels in-between and that is a relatively large zone, but that would be the area to focus on if Bitcoin is unable to right the ship over the next 7 days of trading.

CME Gap can be a problem for the Bulls 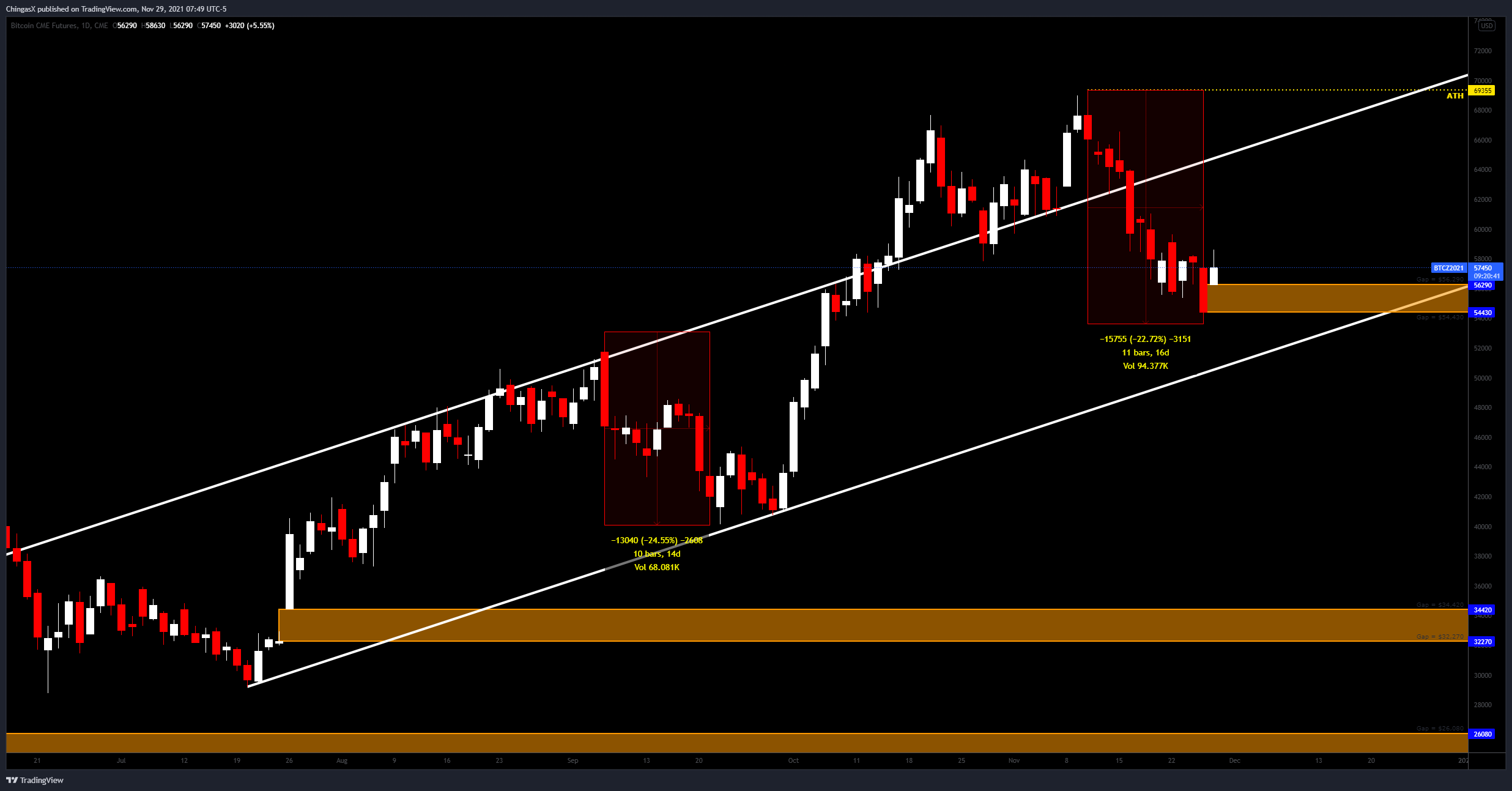 For those who did not read the Weekly Recap, there is a CME Futures Gap at $54,430.  These tend to get filled within a day or two and generally act like a magnet to price action.  However, as you can see from the chart, not all get filled right away.

This will be a telling sign if the Bulls manage to keep price action from filling the gap for a few days and instead push the price well beyond the current Gap.  This adds strength and momentum to the Bullish Side.  That being said, all hope is not lost if we fill the gap.

Be Warned: This asset is very high risk but with the market being where it is at the moment, it’s one of the only ones that is performing well enough to talk about. 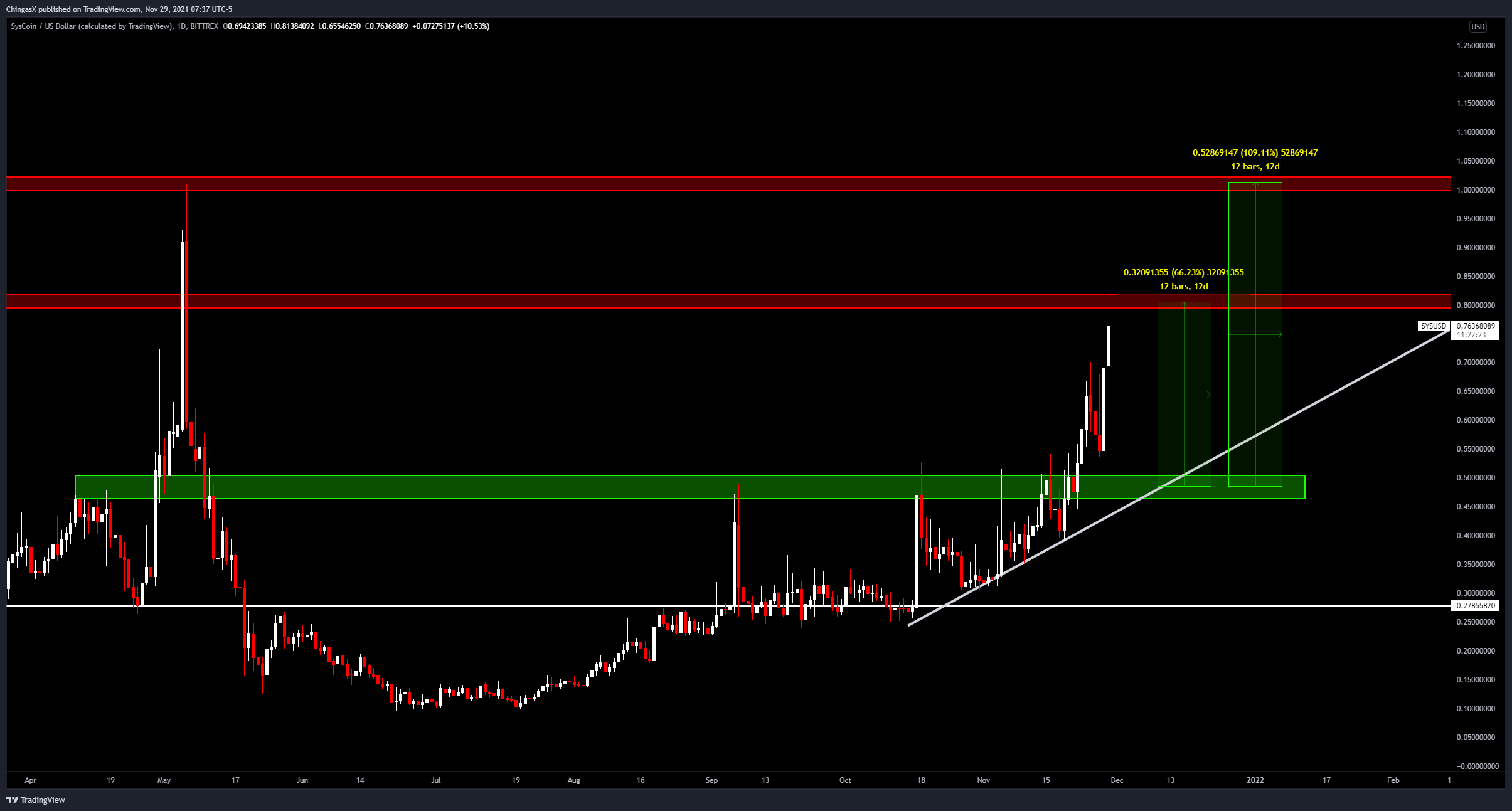 SYS: Syscoin Platform is a full Layer-1 and Layer-2 blockchain solution built to combine industry-proven technology to support cutting-edge applications all in one network. The project’s goal is to build a protocol that transforms the blockchain experience and combines the best of Bitcoin and Ethereum. Through Bitcoin merge-mining, Syscoin transforms Bitcoin’s Proof-of-Work security and decentralization into a functional and scalable solution.  -CMC

SYS has been around for a long time and it was initially considered just a miners coin.  A coin that could be mined with computer power and then dumped for cash.  SYS has come a long way since the late 2014’s and does offer solutions for present day crypto.

In May of 2021, SYS almost reached its ATH of $1.021 but fell short and crashed 90% over the course of 47 days.  SYS has since put in a gain of 741% – reclaiming about 78% of the drop.  The 0.5 level was the level of Support we liked and that was broken and retested with relative ease.  We now look back to the ATH as the next major area of resistance and then we can talk about Price Discovery if SYS is able to manage the move.