Although this recap is mostly all about Bitcoin, it’s still important to discuss the overall health of the Top 5, as numbers 2-5 do have sway in the altcoin world.  This last week included a US National Holiday, which generally has some kind of effect market-wide. Less volume, fewer traders, and less activity, but that does not mean less volatility. As the volume goes down, the volatility can rise as it is easier to move the books with less resistance. 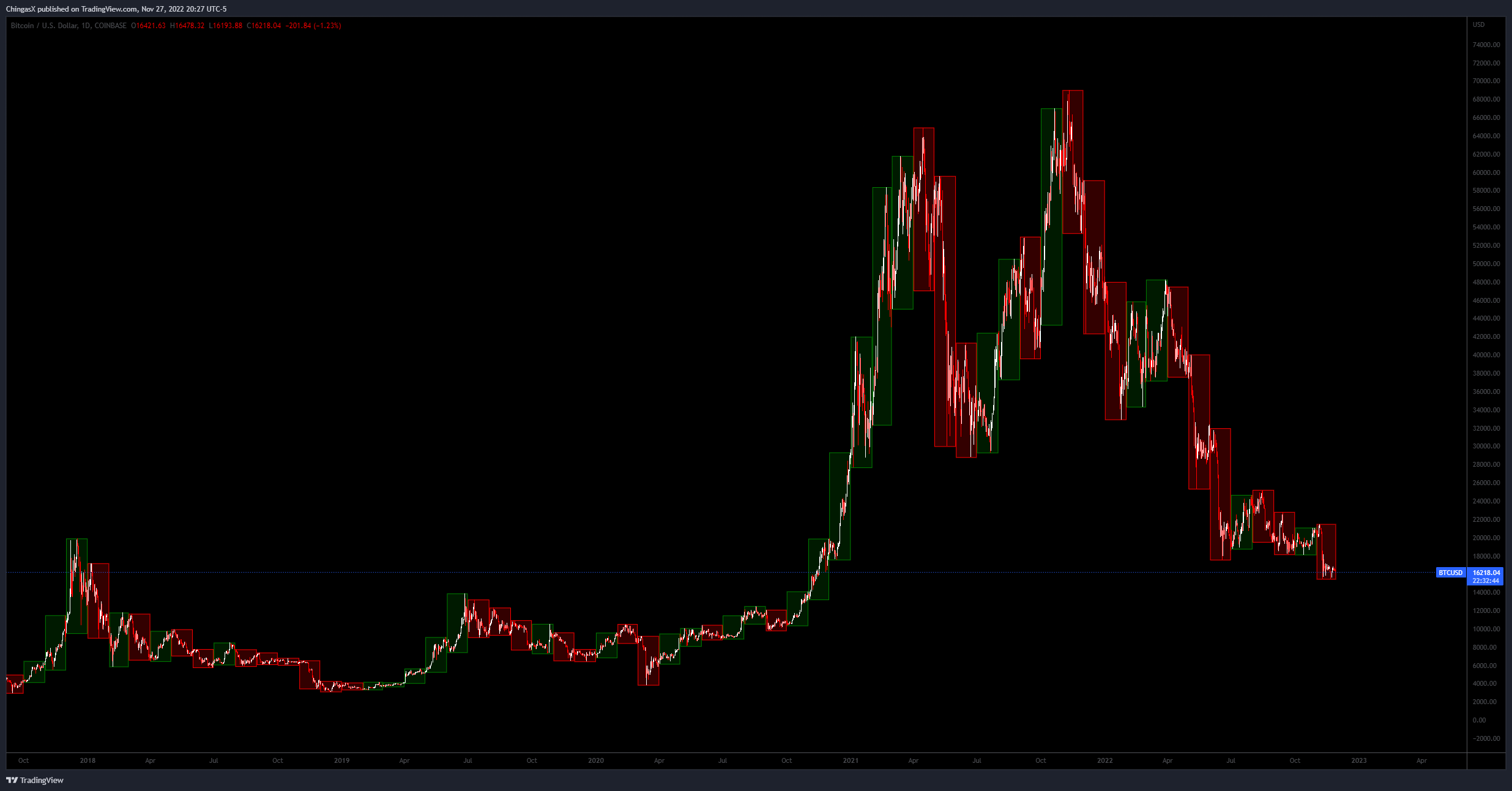 After months of consolidation at or near the $20K range, we are starting to see the collapse of that support. The monthly makes it much easier to spot the break in support and the obvious trading under the originating level. November of 2018 brought about the beginning of the end of the 2018 crash. Once again, very easy to spot from the monthly resolution. The idea that we see another leg down and then consolidation is on the table if we can find a balance between the buyers and the sellers. November Monthly will close on Wednesday, after that, we look to see what December can produce. 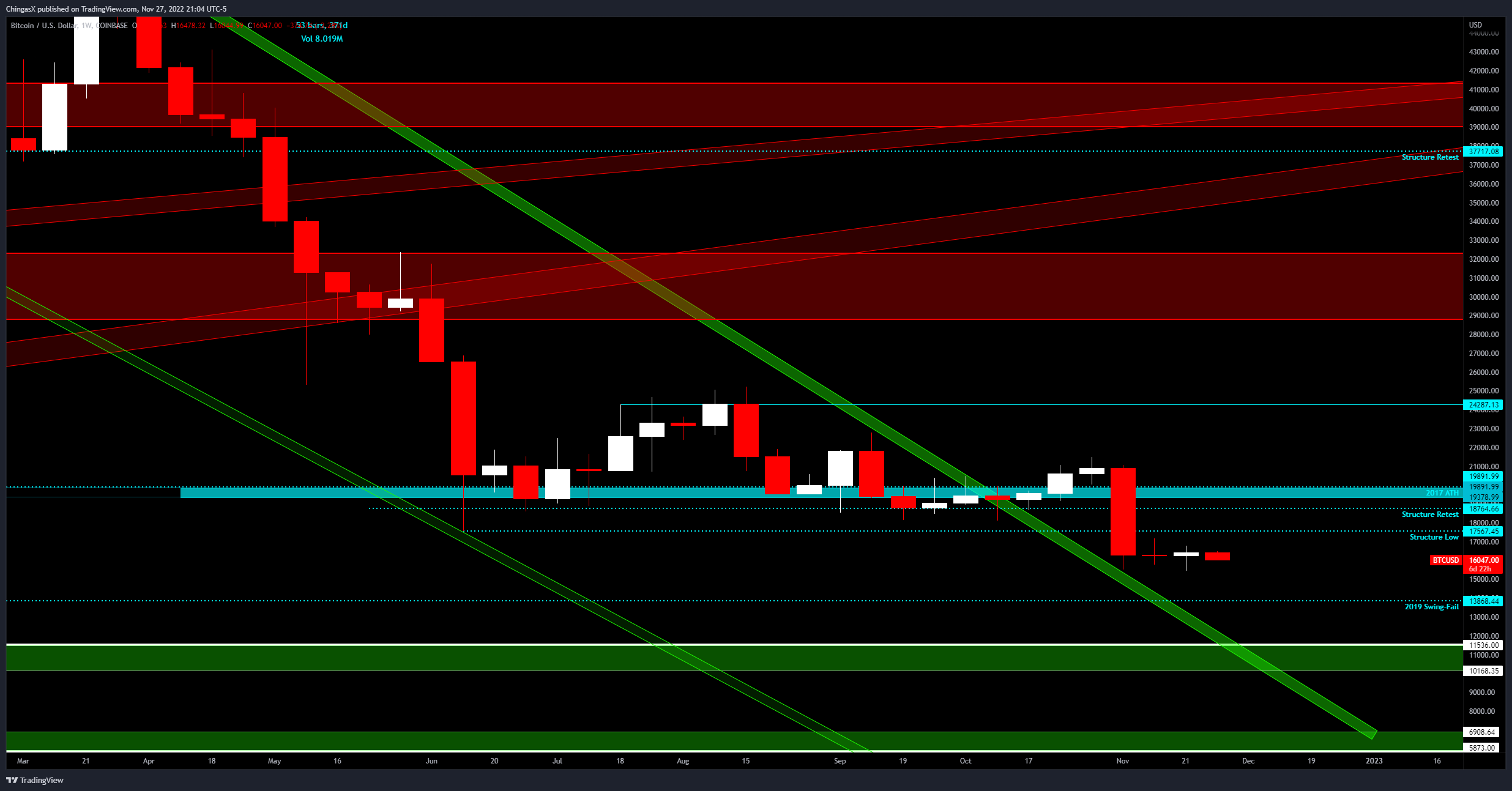 After 2 full weeks of equilibrium, the resting period is likely over. Momentum continues to the downside and the Bulls will need some type of miracle to keep this from free-falling into the lower support levels produced back in 2019 – 2020. We are still feeling the effects of the 22% fall three weeks ago and similar to a Dead-Cat-Bounce, we just witnessed two weeks of rest. This could very easily be the week we see the next major low since the ATH, this time last year, at $69K. 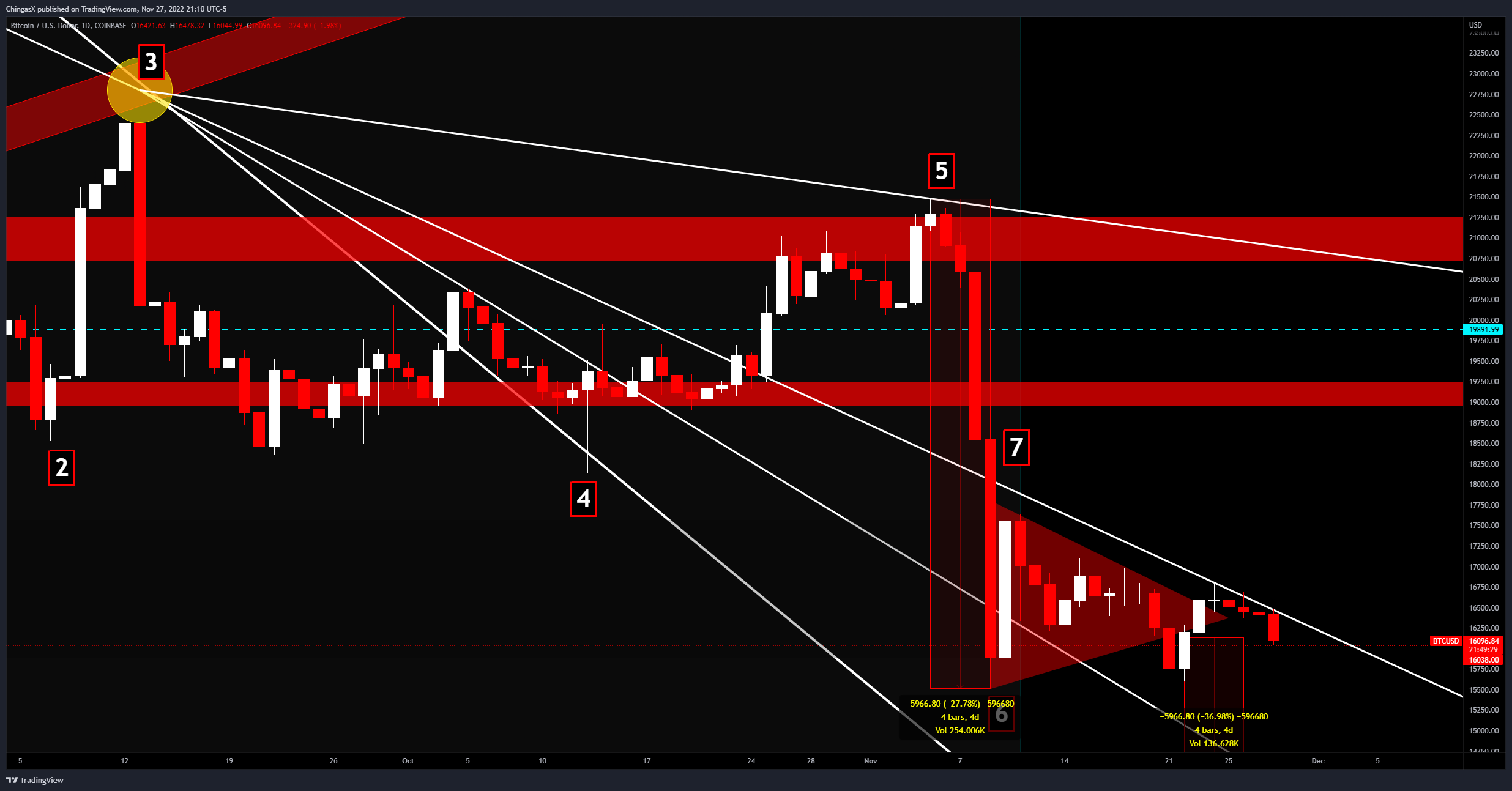 We talked about the Bear Pennant last week and since then we saw a recovery move to the high side and then 5 days of resistance at another overhead downward-=sloping trendline. We are currently trading at the same level as the initial breakdown from the pattern. This is interesting as it is very reminiscent of a fake-out mixed with a squeeze. The idea is to sucker in the Shorts, then squeeze them out of position while suckering in the Longs, only to inevitably squeeze them out of position and simply continue the original course down. It’s an awful thing to happen to traders but this is why we use stop-losses and analyze the markets all the time. As of now, we look for the original pattern to continue its course. 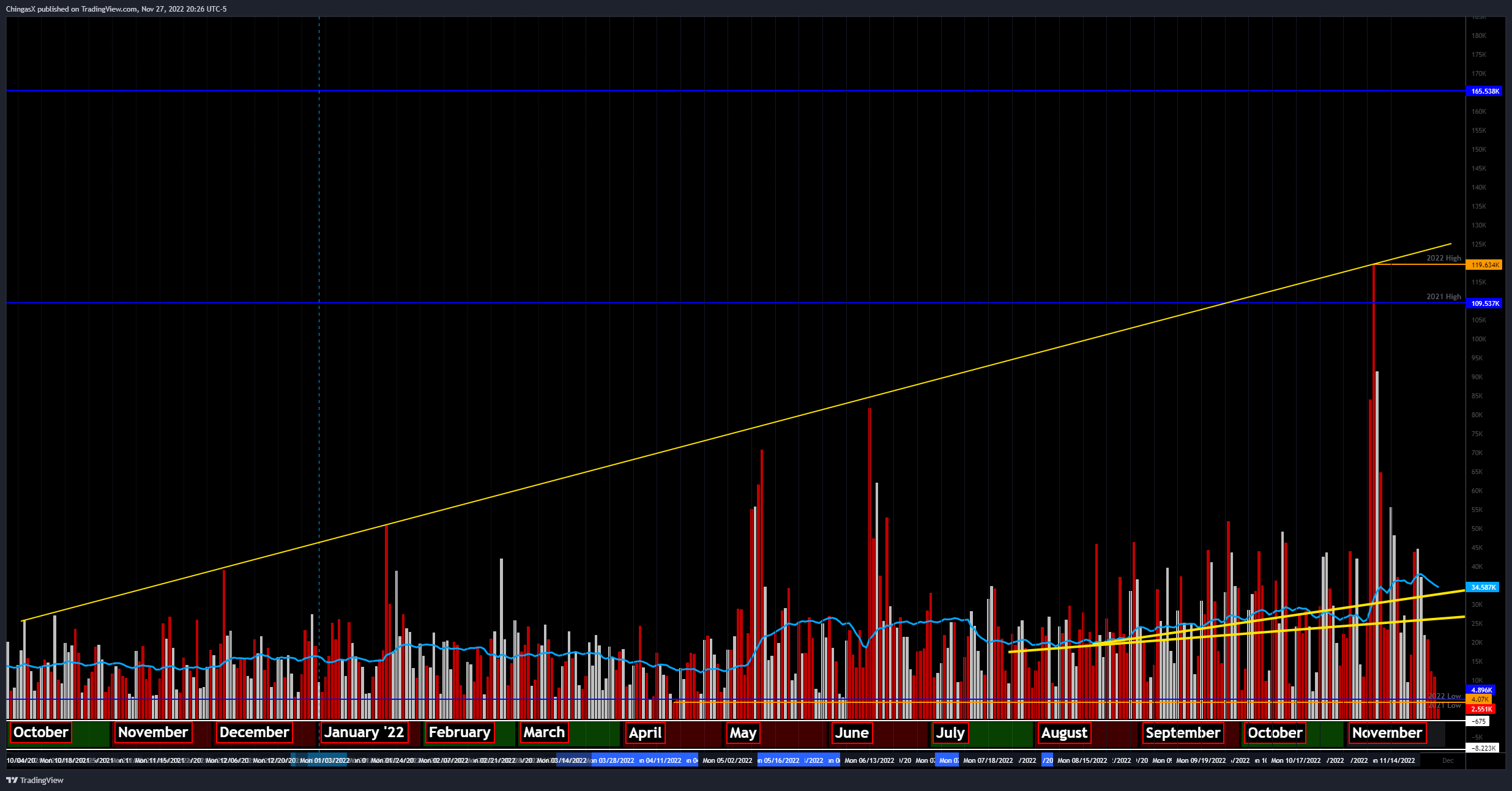 Volume is slowing down a bit and that is not much of a surprise given that last week was a holiday in America. This takes money away from active traders for almost all of Thursday and usually into Friday. That also makes the weekend even less appealing to trade as it is much easier to revisit the charts on Monday than it is to wrap your head around the inconsistencies of holiday trading. 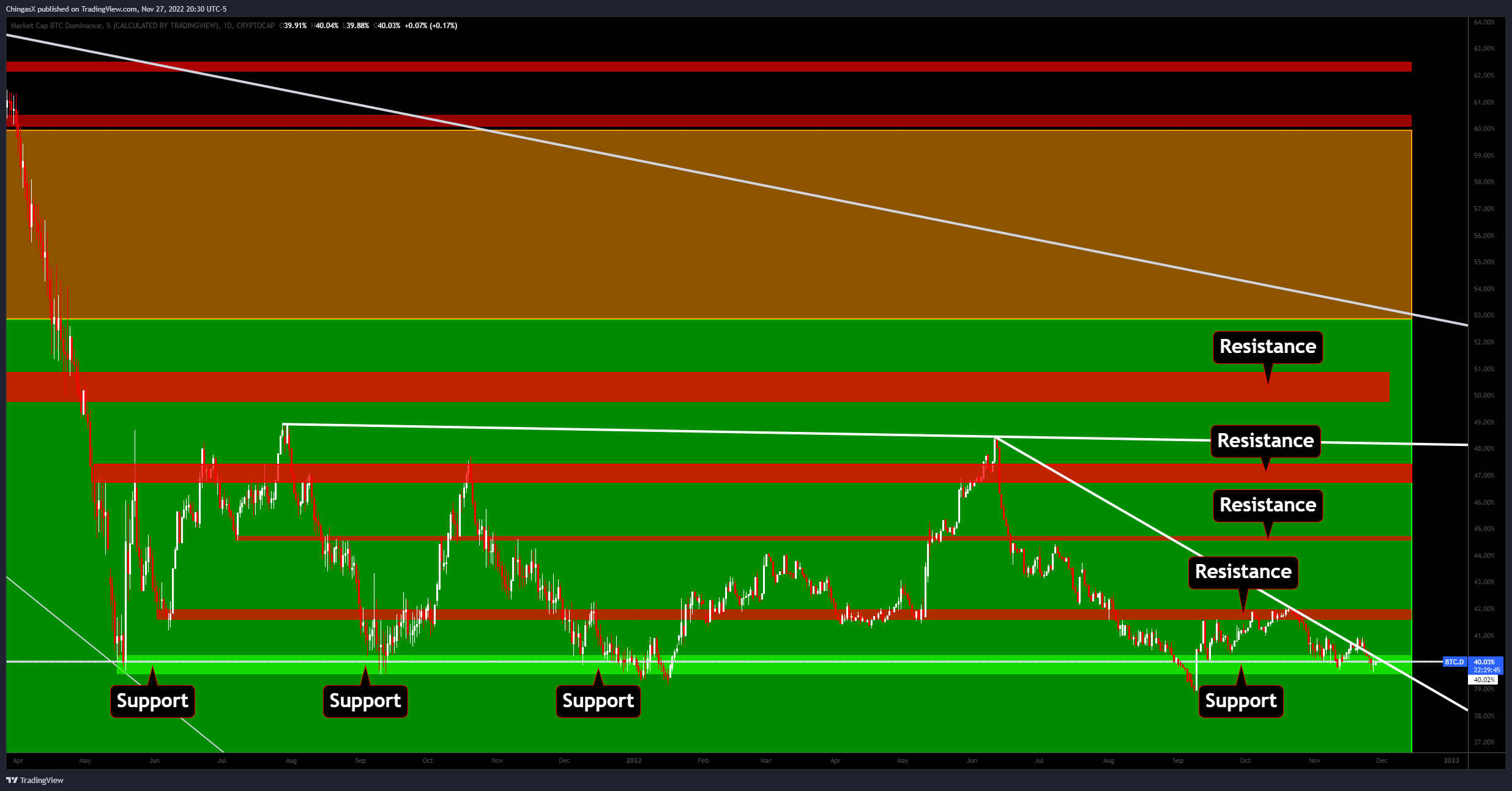 Dominance failed to approach the 42% level last week as it took resistance on the overhead local downward-sloping trendline instead. After the failed attempt higher, Dominance worked its way back down to support yet again. This 40% zone has lasted a very long time and has been used and abused more than any other level on the Dominance chart. Is Bitcoin destined to live at 40%? I doubt that. The unfortunate truth is that using a level this much generally means that it gets weaker and weaker after every use. This also means that it would be expected to break down under that level and flip to resistance for some time. 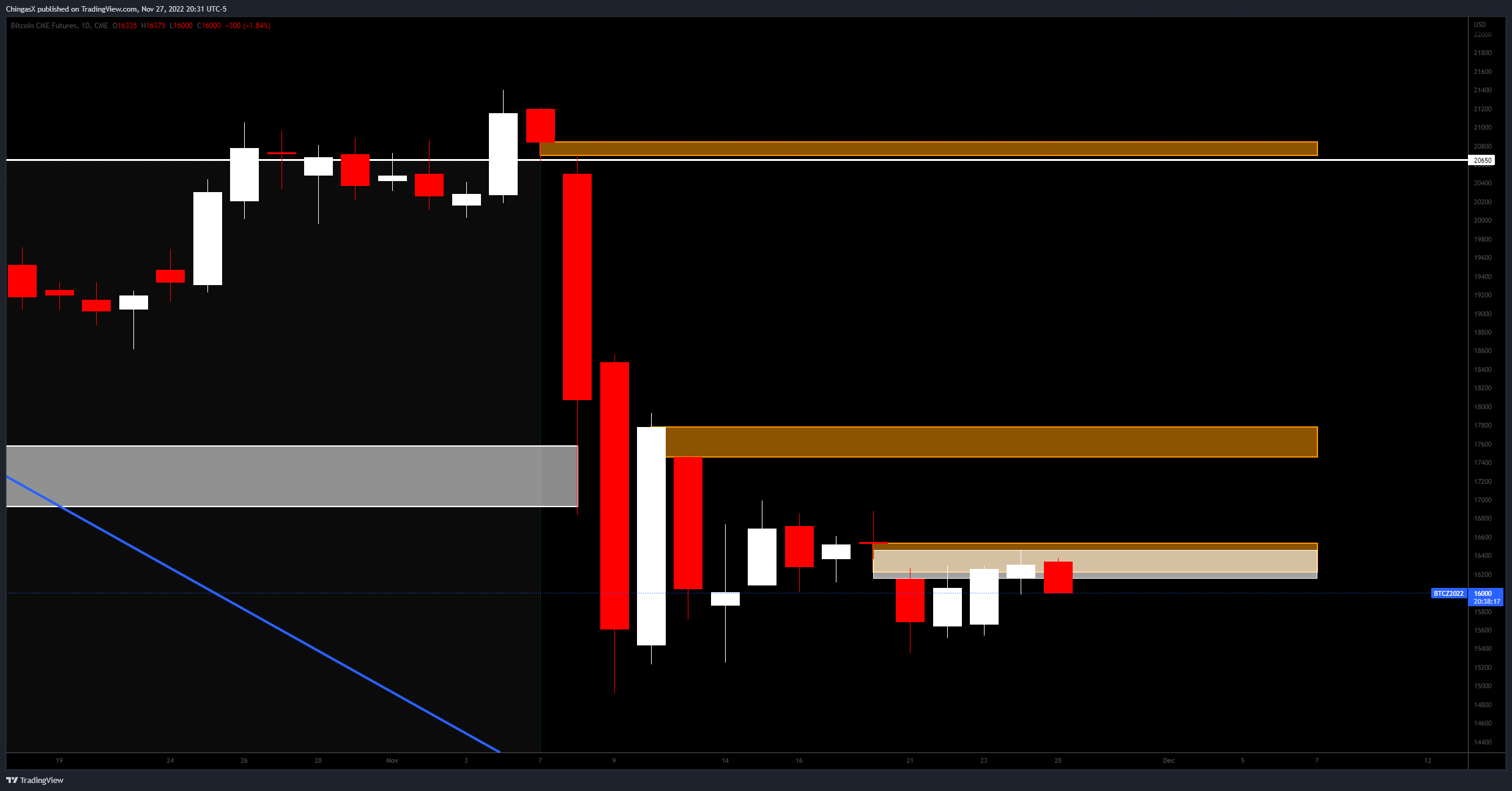 CME futures has been very good about clearing all Daily Gaps over the last few weeks and only leaving one or two leftovers. We can see there are three local gaps on the board and they are all upper gaps. The most recent of the three was almost filled the other day but there still remains a sliver to fully satisfy the gap. As we have covered many times already, there are still 4 major gaps below and a good amount up above as well. 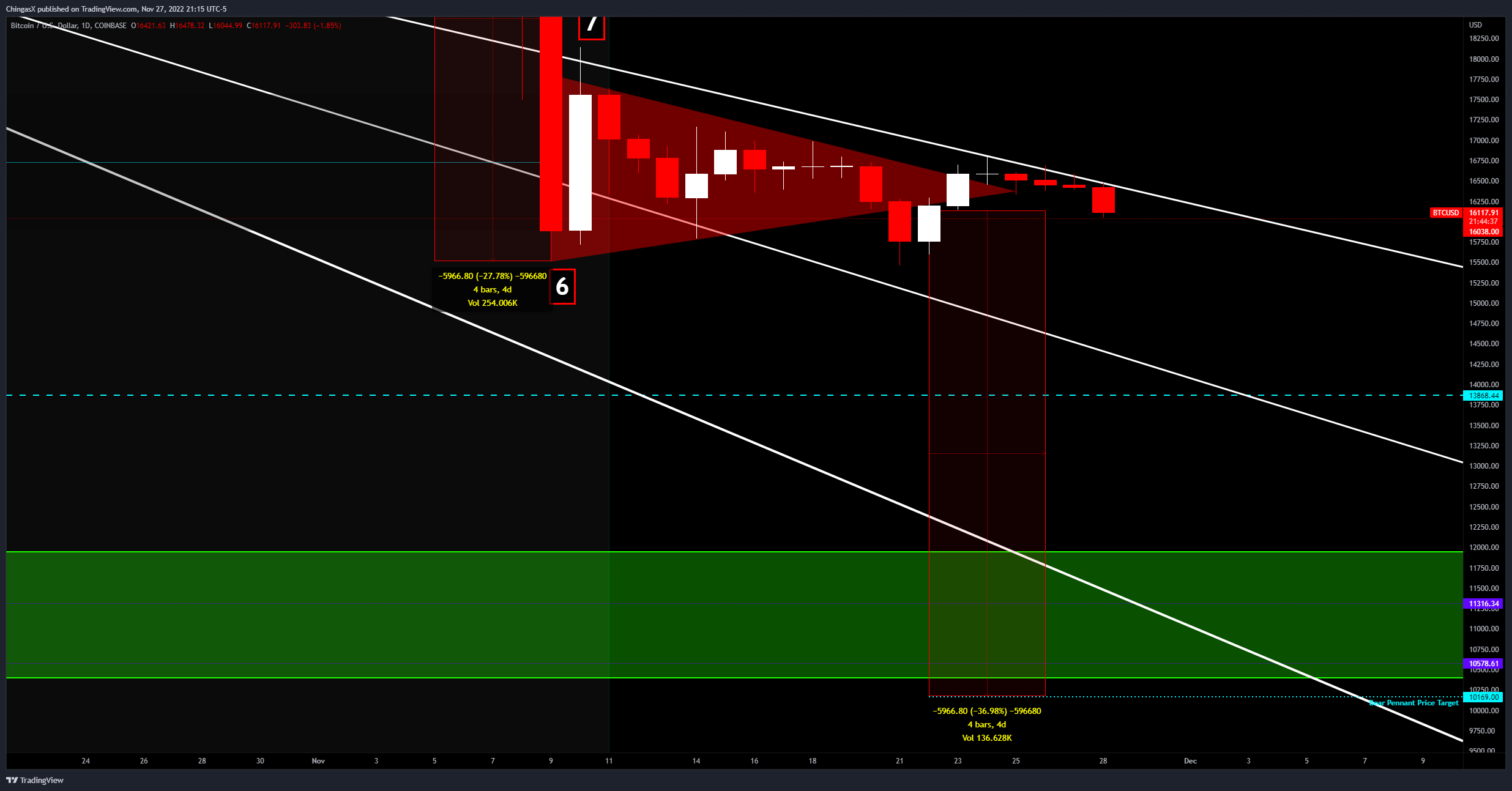 Even with the pattern becoming a giant mess, we can continue to look to the price target as a potential thesis. $10,169 would be the measured move from the initial breakdown of support from the lower side of the pennant. Regardless of the pennant, the local action continues to produce Lower-Highs and Lower-Lows – a recipe for more downside.

Being that there isn’t any major, recent, price action in this area, we do not have a lot of local Support – if any. This brings us to the 2019 Rise to Failure. 2019 produced a lot of levels for us and the two to focus on are the High, which in turn is the Swing-Fail, and the breakout area that lead to a new ATH. $13,868 was the 2019 High and $10 – $10,500 was the area that was broken out and retested before we created the next ATH. These areas will be watched very closely if we are to see a big nasty red candle come to ruin the party for everyone. 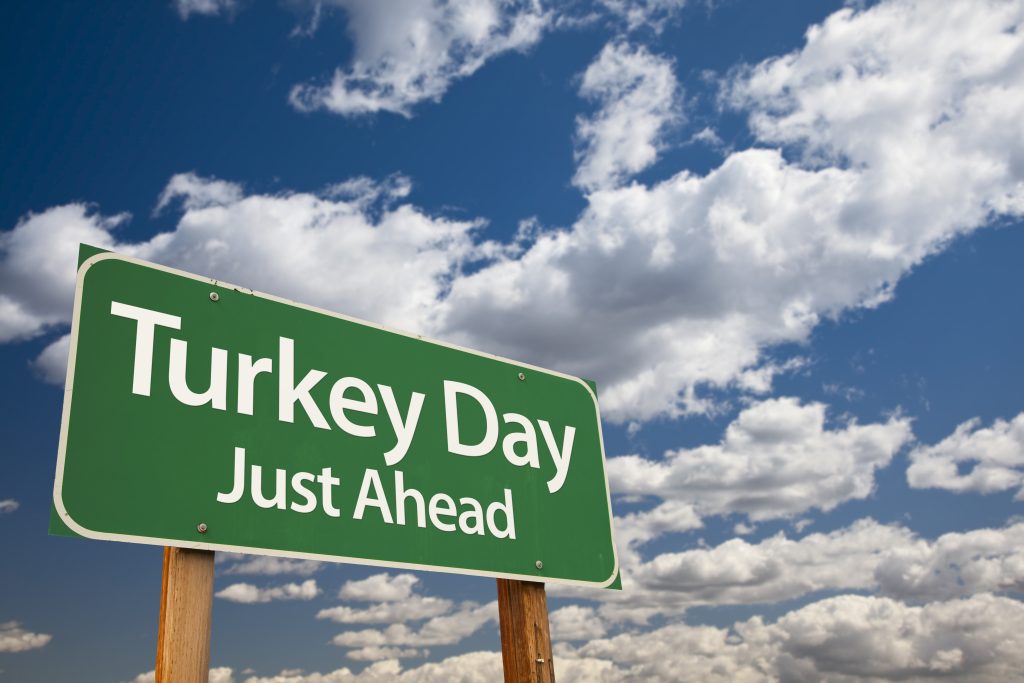 Holiday in America Today is Thanksgiving or almost more commonly referred to as “Turkey Day” in America.  The interesting this about Thanksgiving is that it… 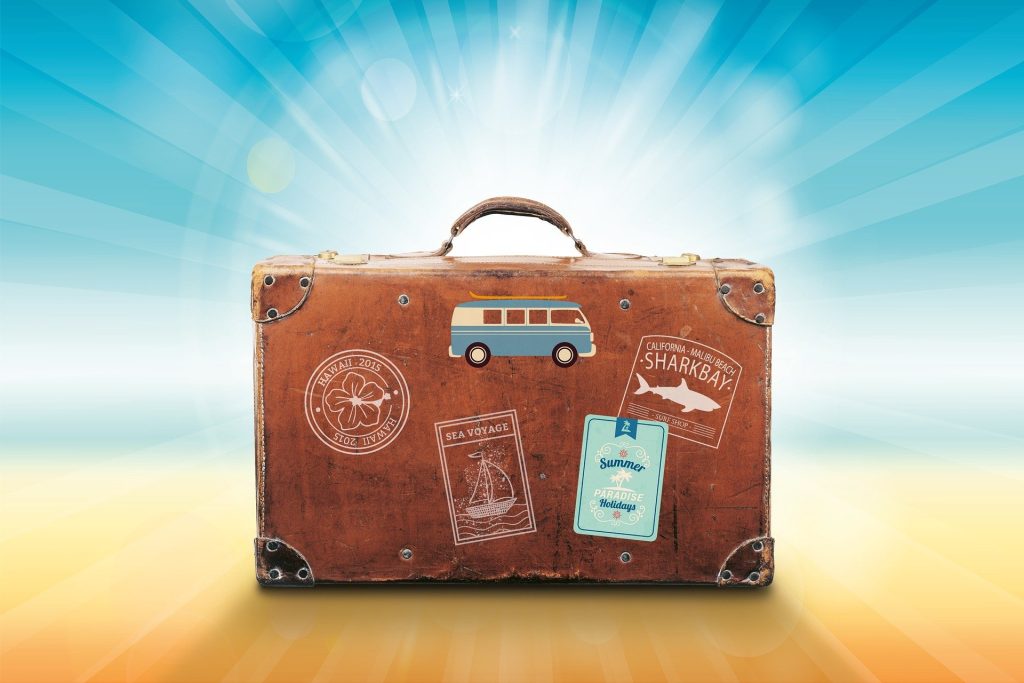 This Week has a Holiday on Thursday Markets rely on liquidity in order to survive.  A Market with no liquidity is no market at all,… 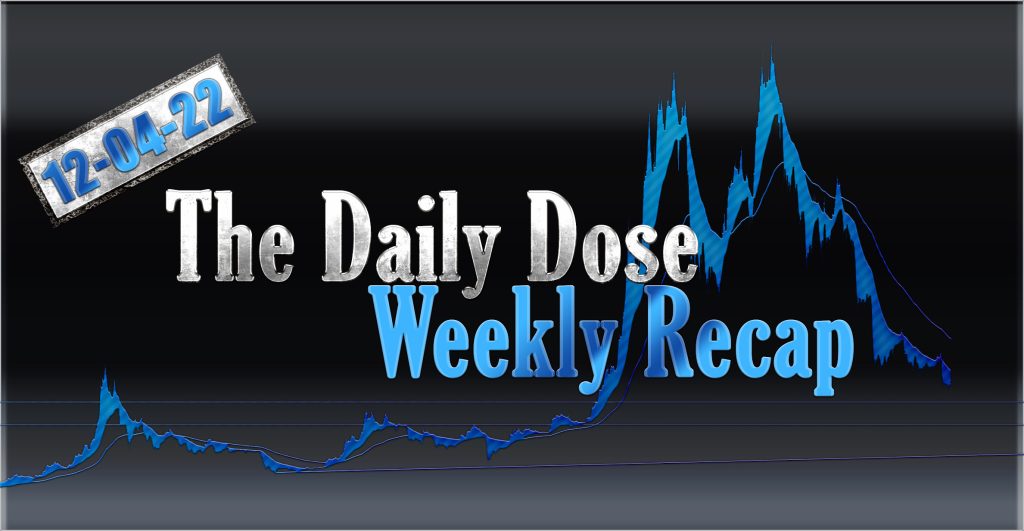 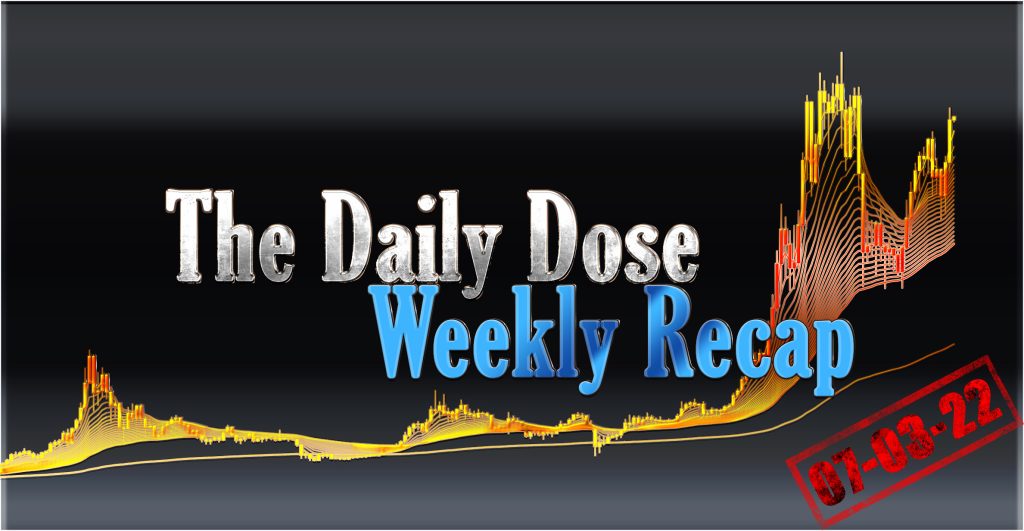