Another wild week in Crypto but not to anyone’s surprise.  Once again, we will not focus too much on Alts as we now cover them separately in the State of the Alts every Wednesday.  However, just to put into perspective the last week of price action, especially for the Top-10 Coins on the market.

Crypto Winners and Crypto Losers had an interesting mix last week as well.  SLP and GALA saw some very good moves as well as a ton of trading volume.

Correlation to Bitcoin is all we are focused on here and ETH at .89 and BNB at a close .87 take the cake for the last 7 days.  ADA followed with a .78 and XRP is showing the least correlated with only a .71.

When you go two weeks in a row and barely move from the near 50/50 mark then that should tell you something.  If traders are neither fearful or greedy then they have reached equilibrium.  This is a decent place to be for stability but it’s a terrible place to be for trading.  We are fast approaching the times where we sit and wait as opposed to dish out many trades. 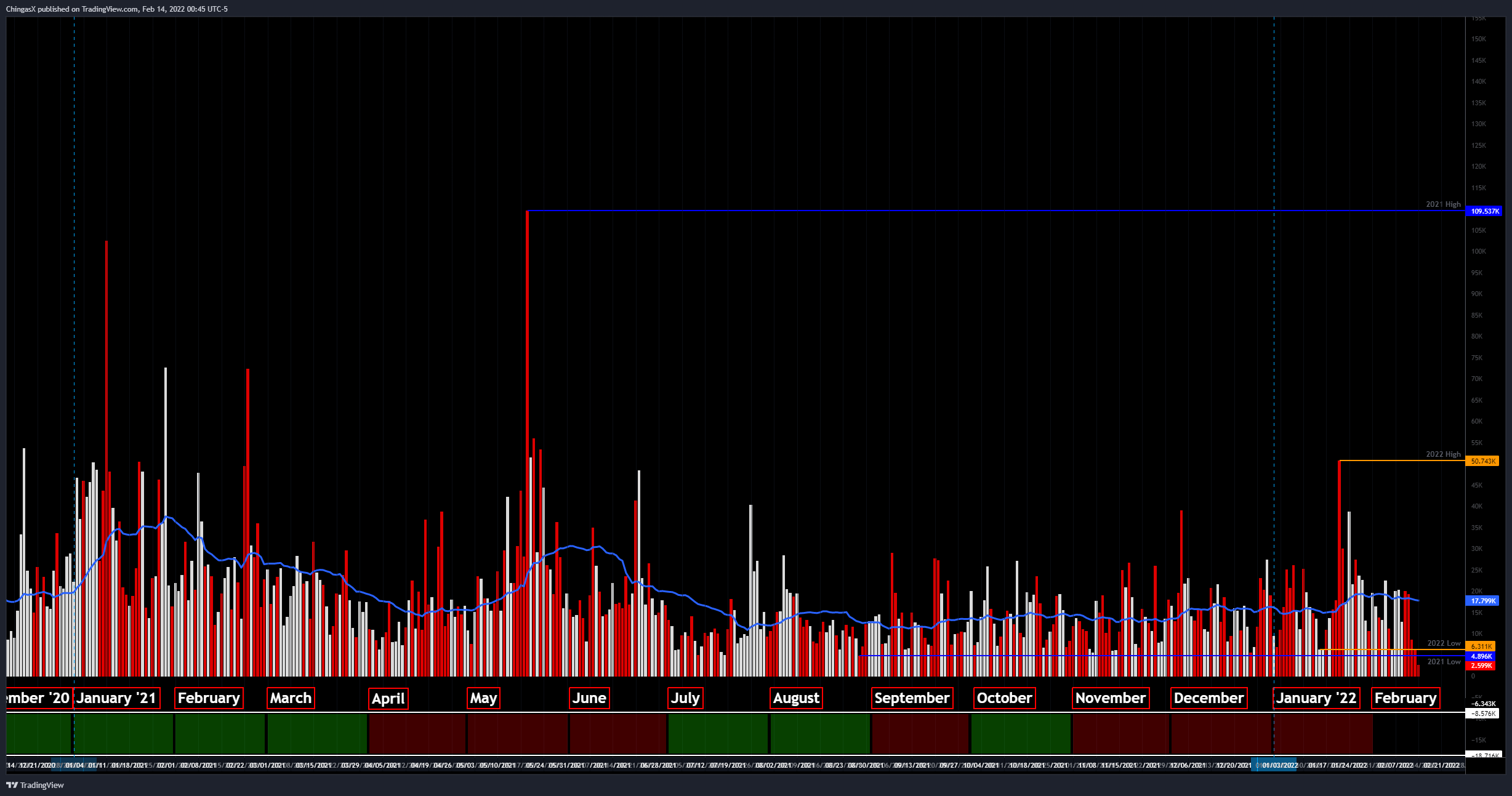 Overall Volume last week took a slight turn downward as the Friday and Saturday Volume was very low in comparison.  Even with this slight drop off, the average remains slightly higher since that push in Volume towards the end of January.  Nothing really mind-blowing here besides the fact that the trajectory is currently downward.  Big players would like to see an increase in Volume if we were trending upward and a decrease in Volume if we were selling off.  That last part does offer some guidance as we are still trending down on the Daily. 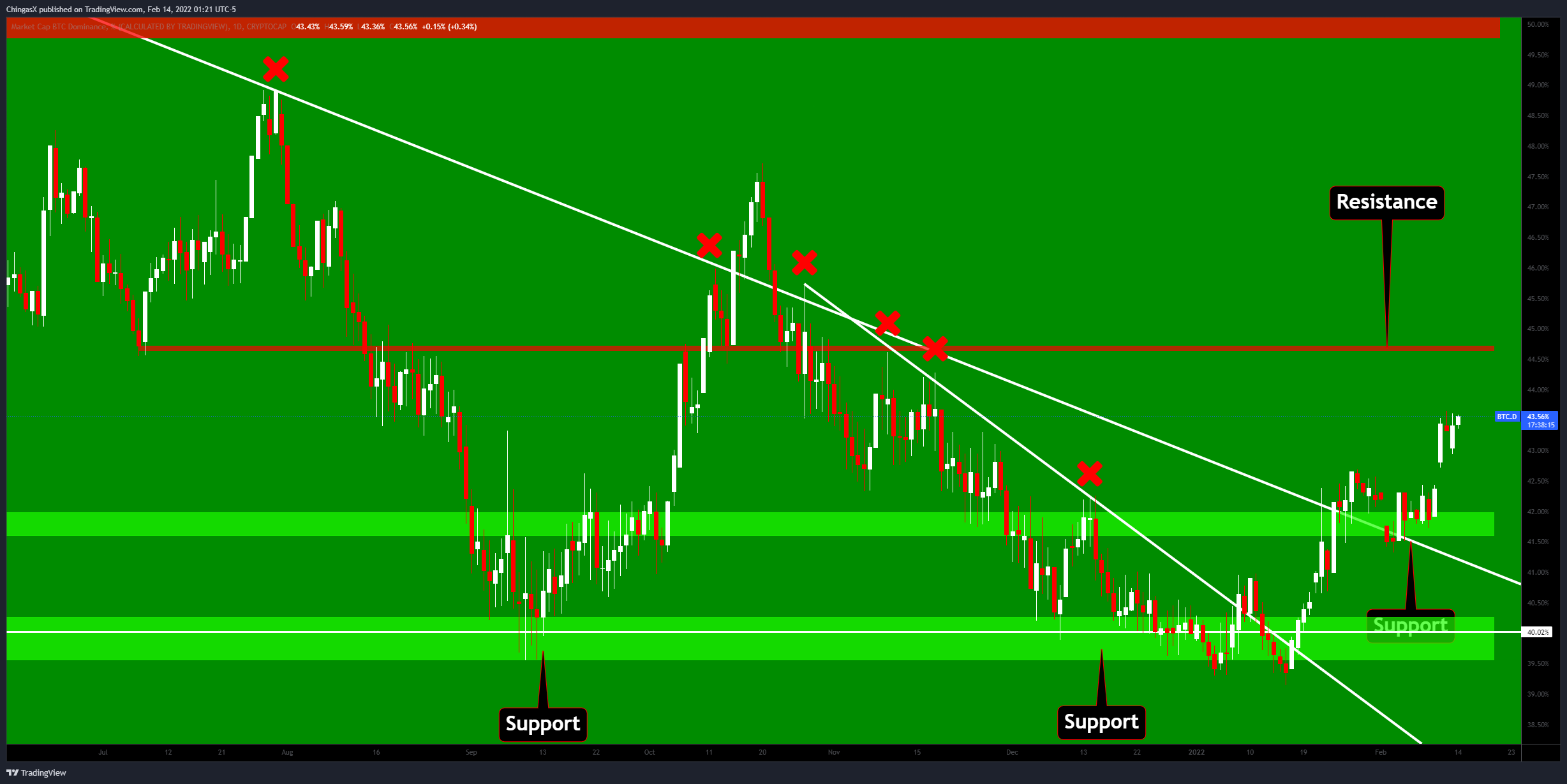 Dominance is pushing towards that 44.5 – 45 Zone ever since the break and retest of the downward sloping trend and the horizontal resistance zone.  This Dominance is clearly showing the death of Altcoins at large and Not the increase in overall BTC Value as Bitcoin actually lost 0.8% over the course of last week. 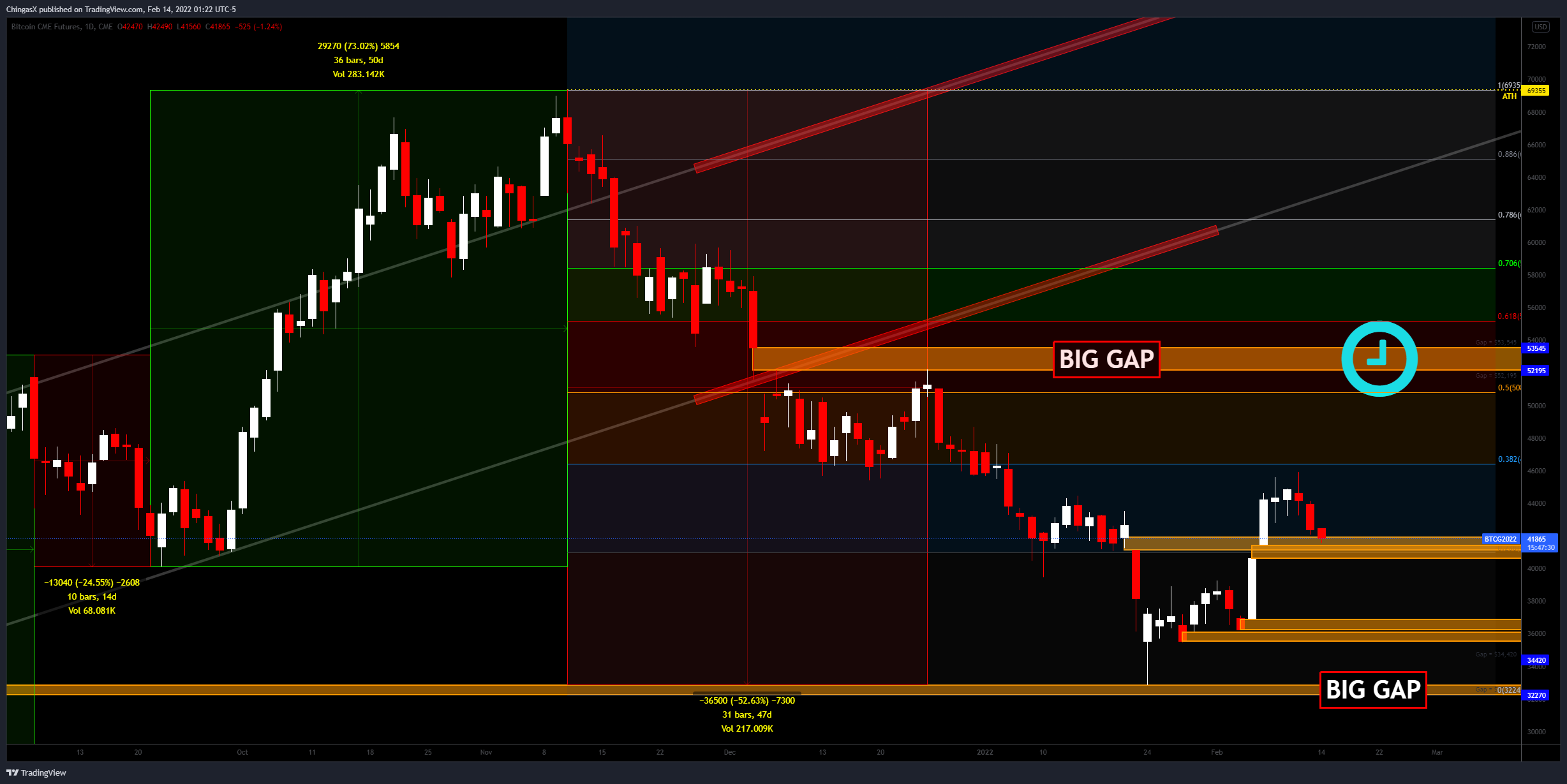 There has been quite a bit of action on the Futures Chart in regards to gaps being created and other being filled.  There was an older upper gap that was nearly filled on the two day pump but the pump itself created another gap that Bitcoin is actually trying to fill at the moment.  If this section was to fill then we still have an upper gap that sits in the $53K zone.  We do still have two smaller overlapping gaps in the $36K zone. 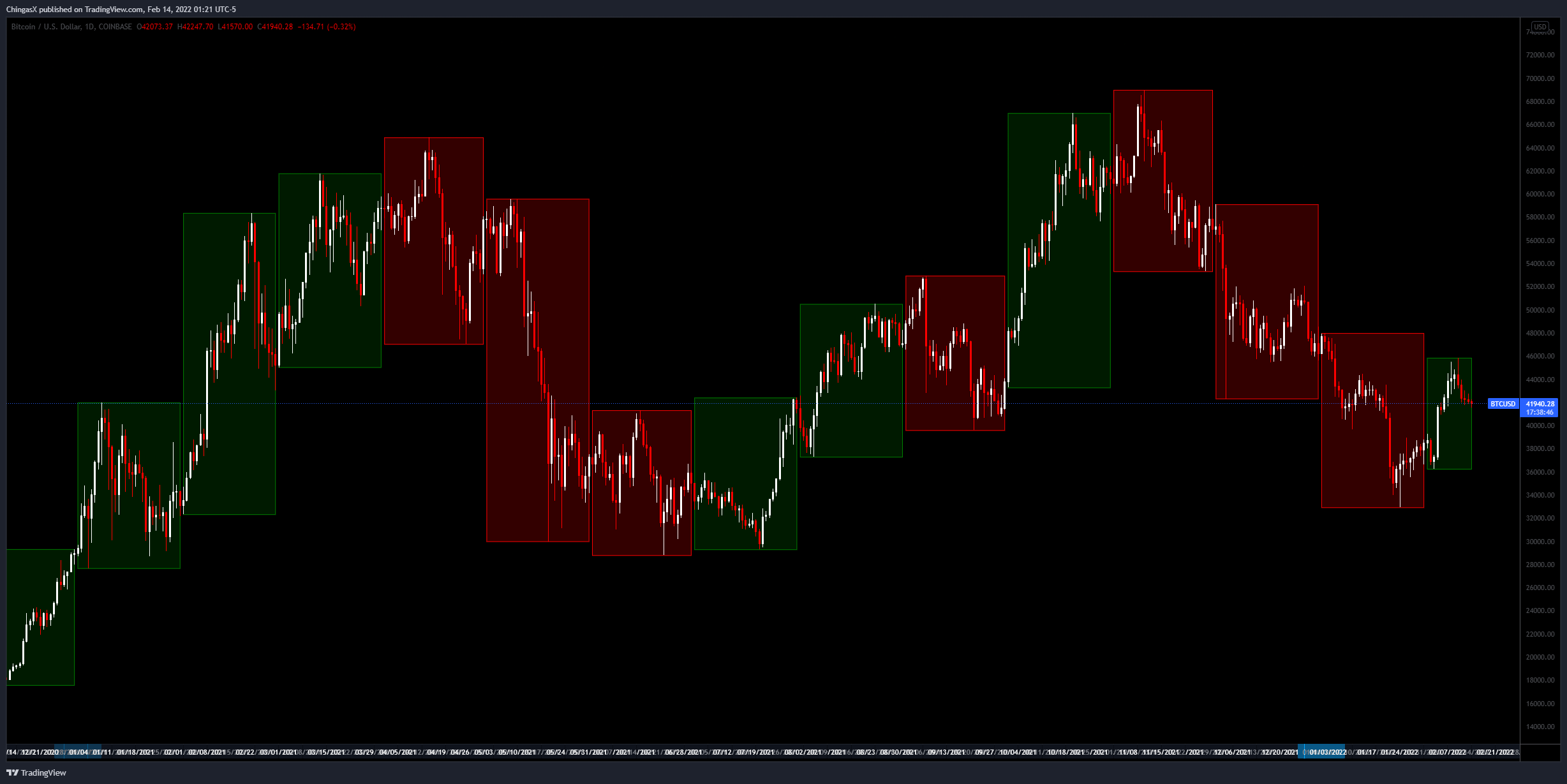 For the fractal analysts out there, they will be looking for sideways for two months.  In that regard, we are still very much on track.  A few days up and a few days down but overall remaining within a range set from the prior month.  A breakaway move on the monthly that sends Bitcoin trading over last months high could be a reason to be looking for another overall leg for Bitcoin as opposed to a false rally. 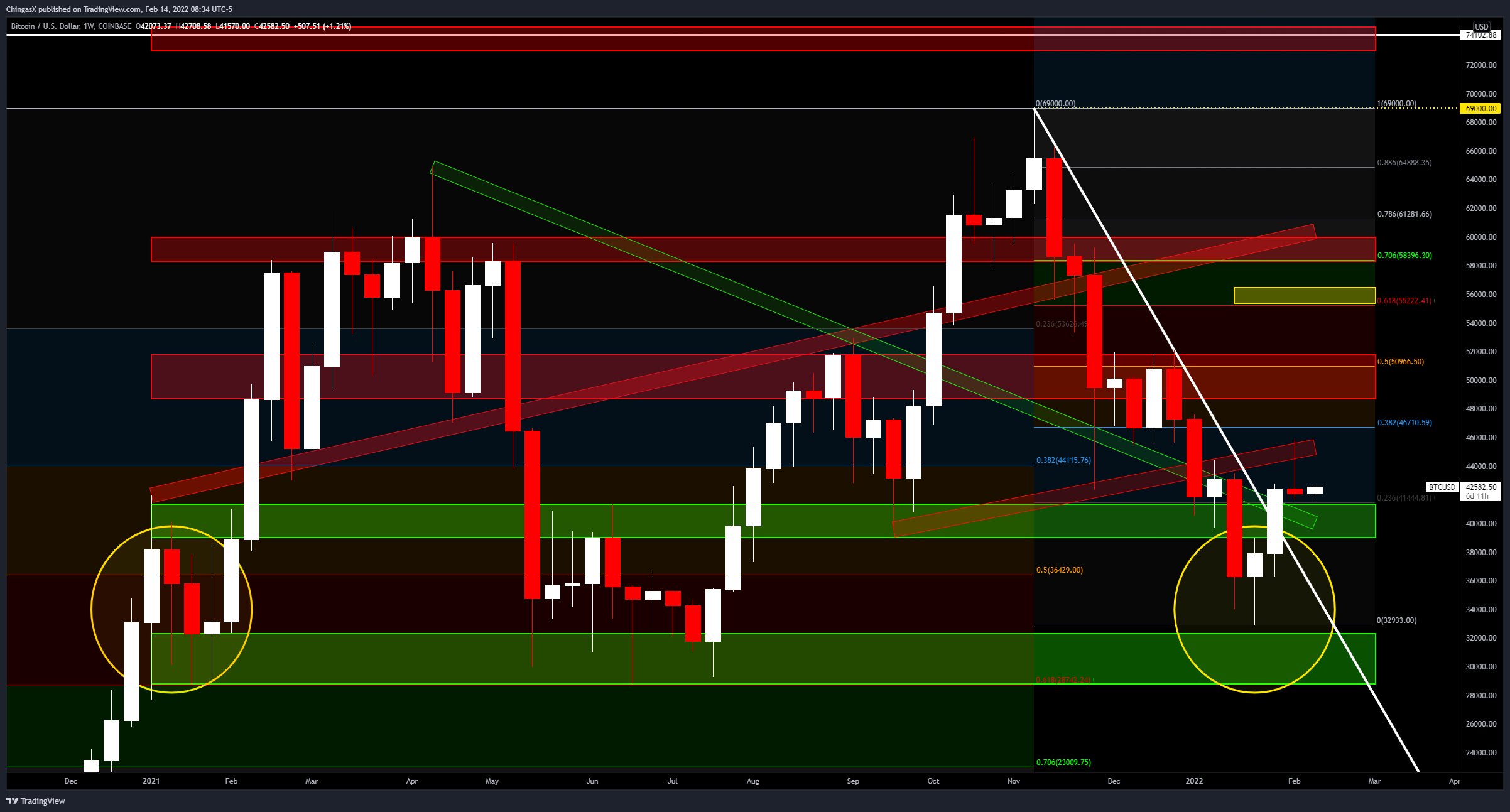 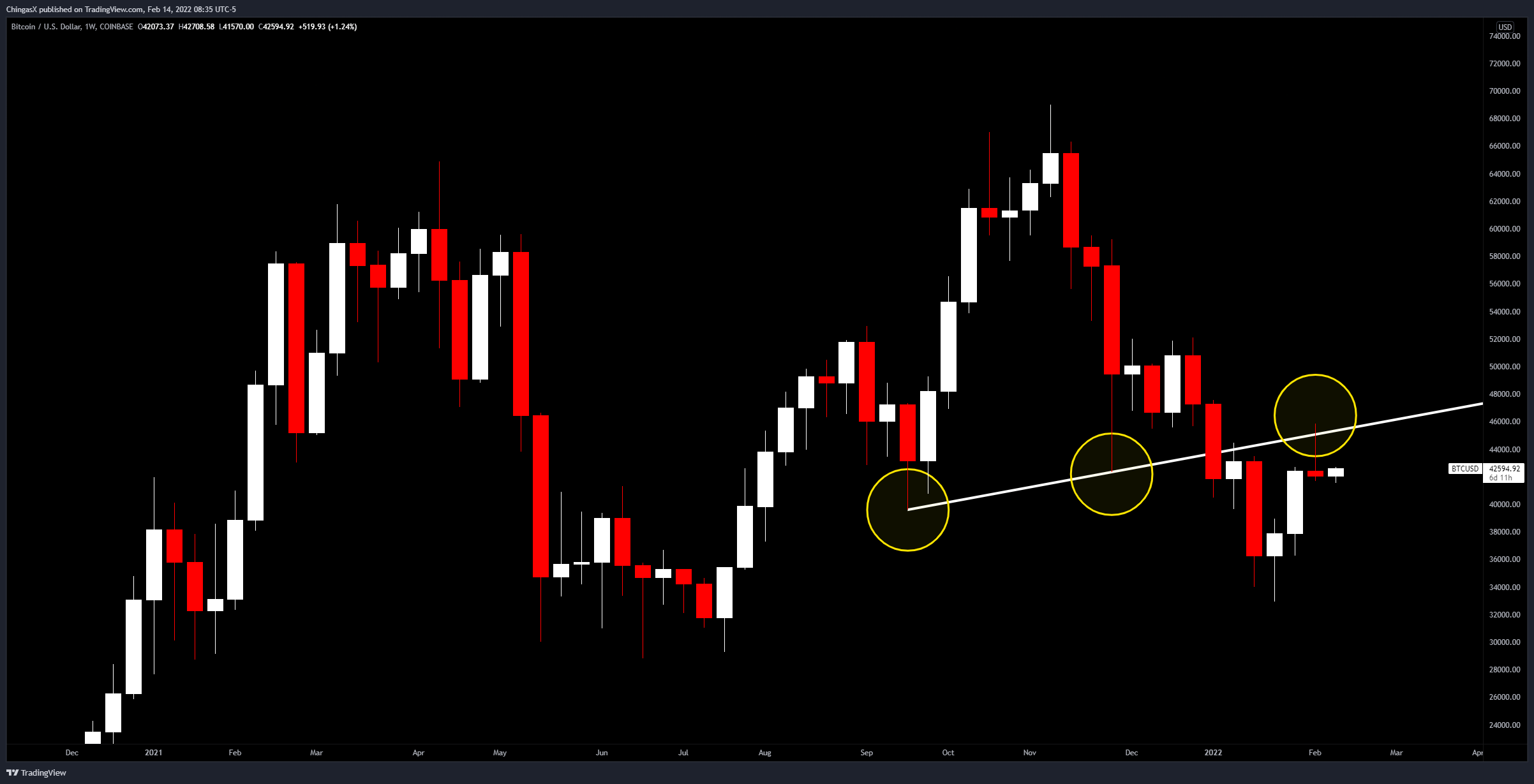 Two weeks ago was the push back over $42K.  This was a very big deal as that is a huge zone of horizontal Support/Resistance.  Last week was the confirmation candle to see if the Bulls were able to maintain price above $42K.  They did just that.  All things considered, they would have been much better with a smaller candle that resulted in the same outcome, however, this was not the case as the Bulls actually pushed the candle all the way up to a backrest of the internal trendline.  The Good News is that they were able to push, the bad news is all they found was expected resistance and fell flat immediately afterwards.
The key takeaway here is whether Bitcoin remains above $42.  A low-side drop to $39K is ok, so long as the weekly closes above $42K again.  Short-term high side would be $46,700 as that is the .382 from the ATH. 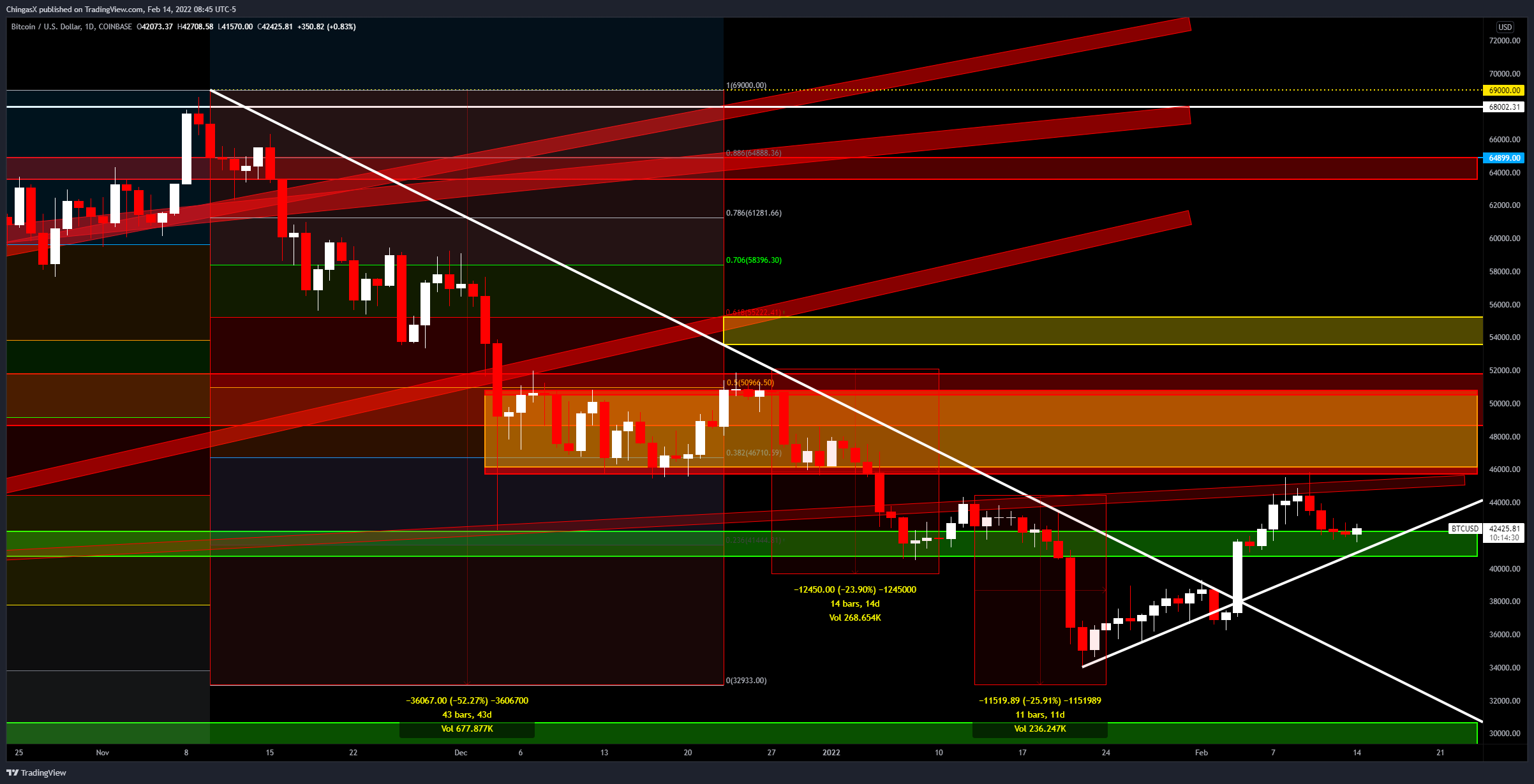 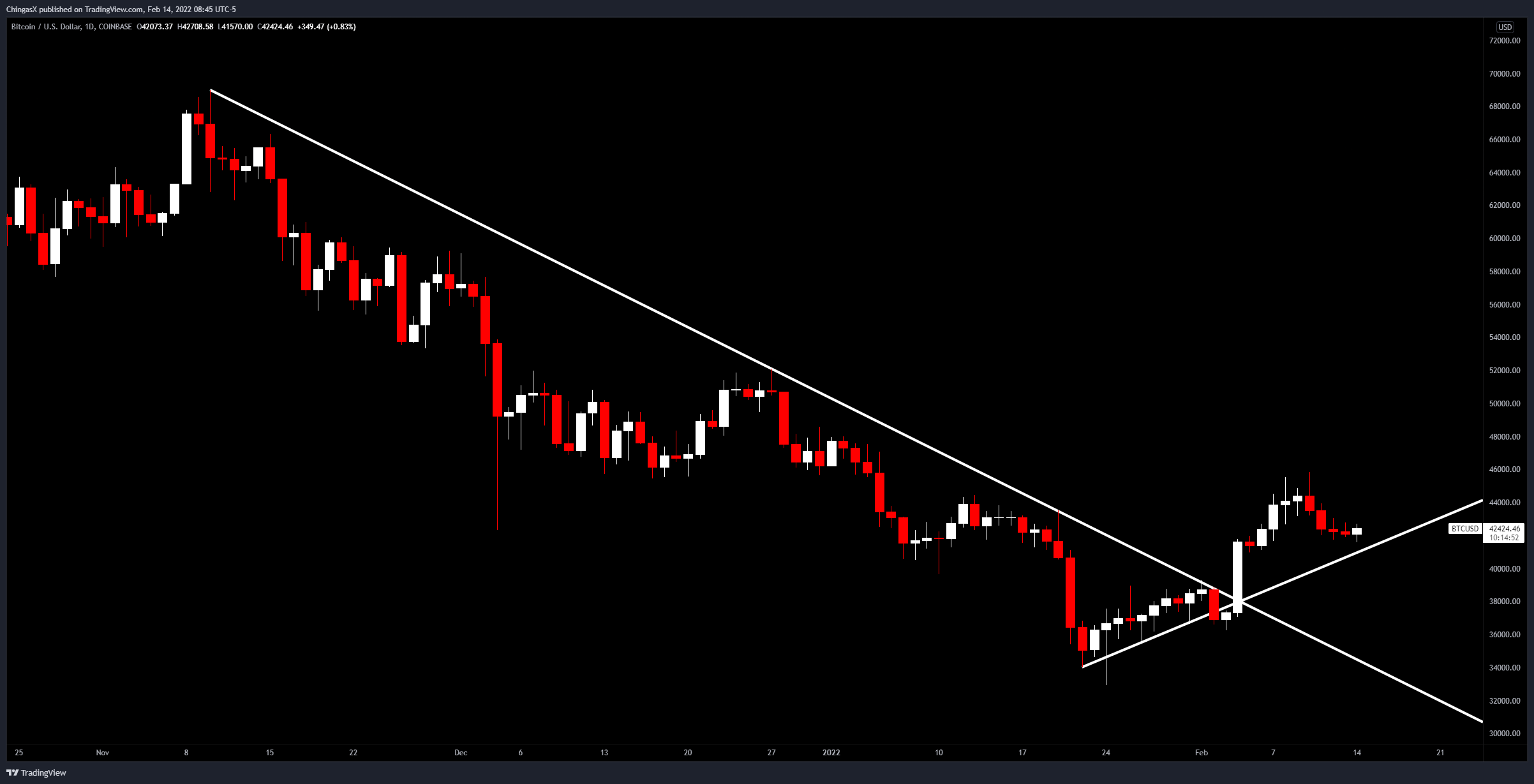 In conclusion, Bitcoin has reclaimed $42K and has now spent a few days above that level.  The downward sloping trend that was broken last week has remained out of reach from a backtest and gets further and further away everyday.  The new potential trend is in the middle of its second pullback and maintaining a very new potential trendline.

The overhead resistance is also the bottom of the ranged area we were in from December to January.  This adds even more pressure to the downside.  We can say equal forces at the moment are keeping price from going up or down.

A loss of $42K could see support again at $39K but a loss of that and we can pretty much say goodnight to Bitcoin.  On these large scale pullbacks, if you attempt and lose too often, you’re dead.  On the upside, Bitcoin would likely spend some time in Range again.  This means getting comfortable with $46K – $51K all over again. 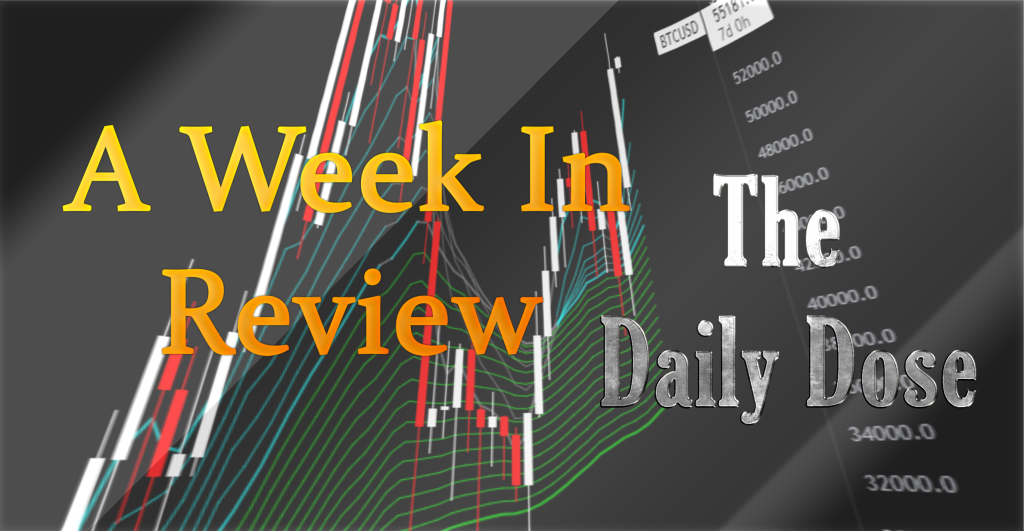