Although this recap is mostly about Bitcoin, it’s still important to discuss the overall health of the Top 5, as numbers 2-5 have sway in the altcoin world. It has been a LONG, LONG time since we have seen green for the big dogs in Crypto. It’s also been a long time since we saw the Global Market Cap over $1T. Yes, a lot has happened over the week so let’s not delay further. 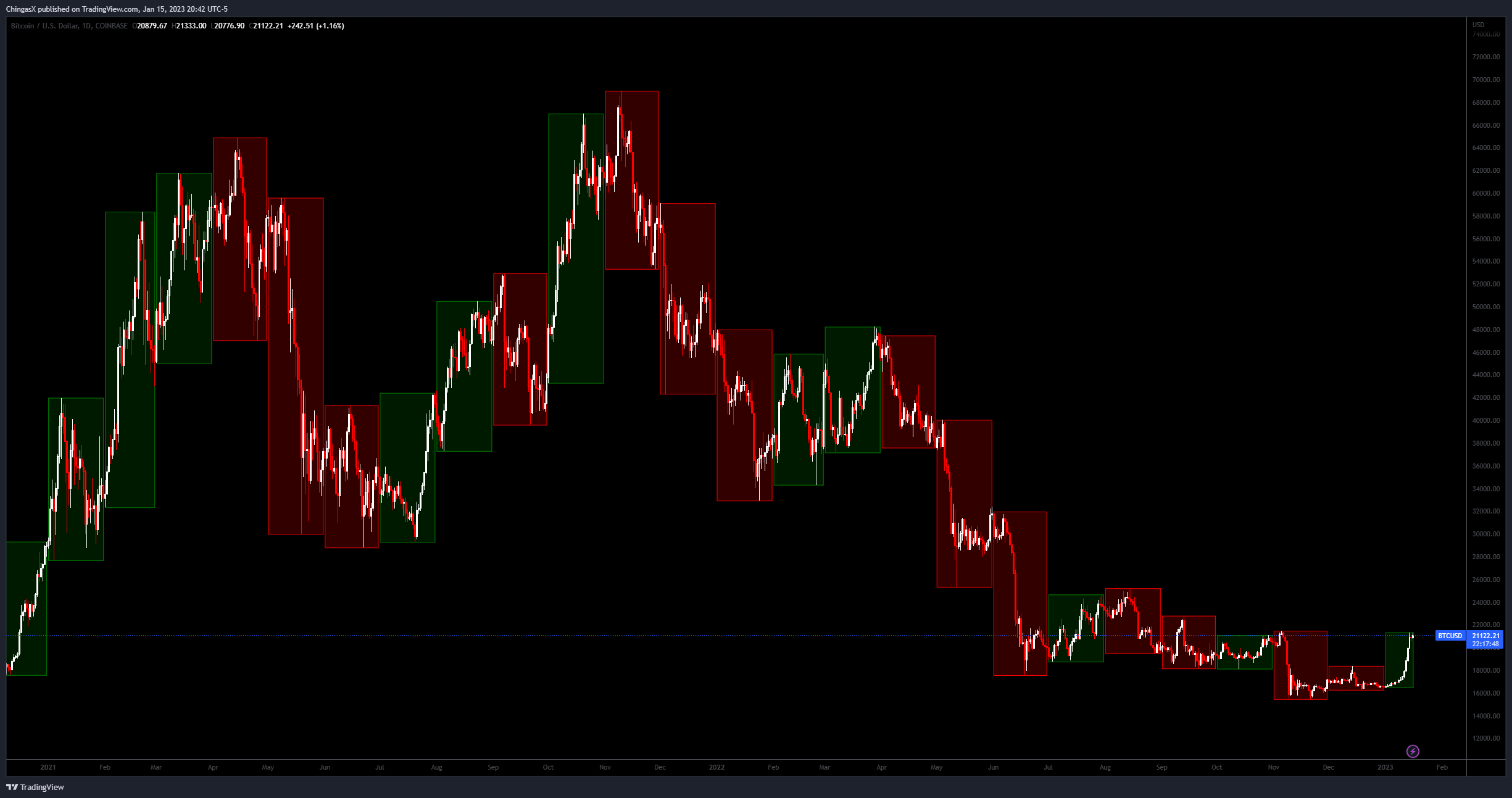 As we can see from the Monthly view, we are approaching the High from November. This is very significant from a market structure point of view. January is far from over; we are only halfway through the month. A clear break of the November high, with a close above that level, marks a shift in the downward structure. That being said, we need only look back a few months when we saw the January to March rally fail spectacularly, even though it also broke that pivotal structure from the January drop. All eyes will be focused on the next 16 days of trading. 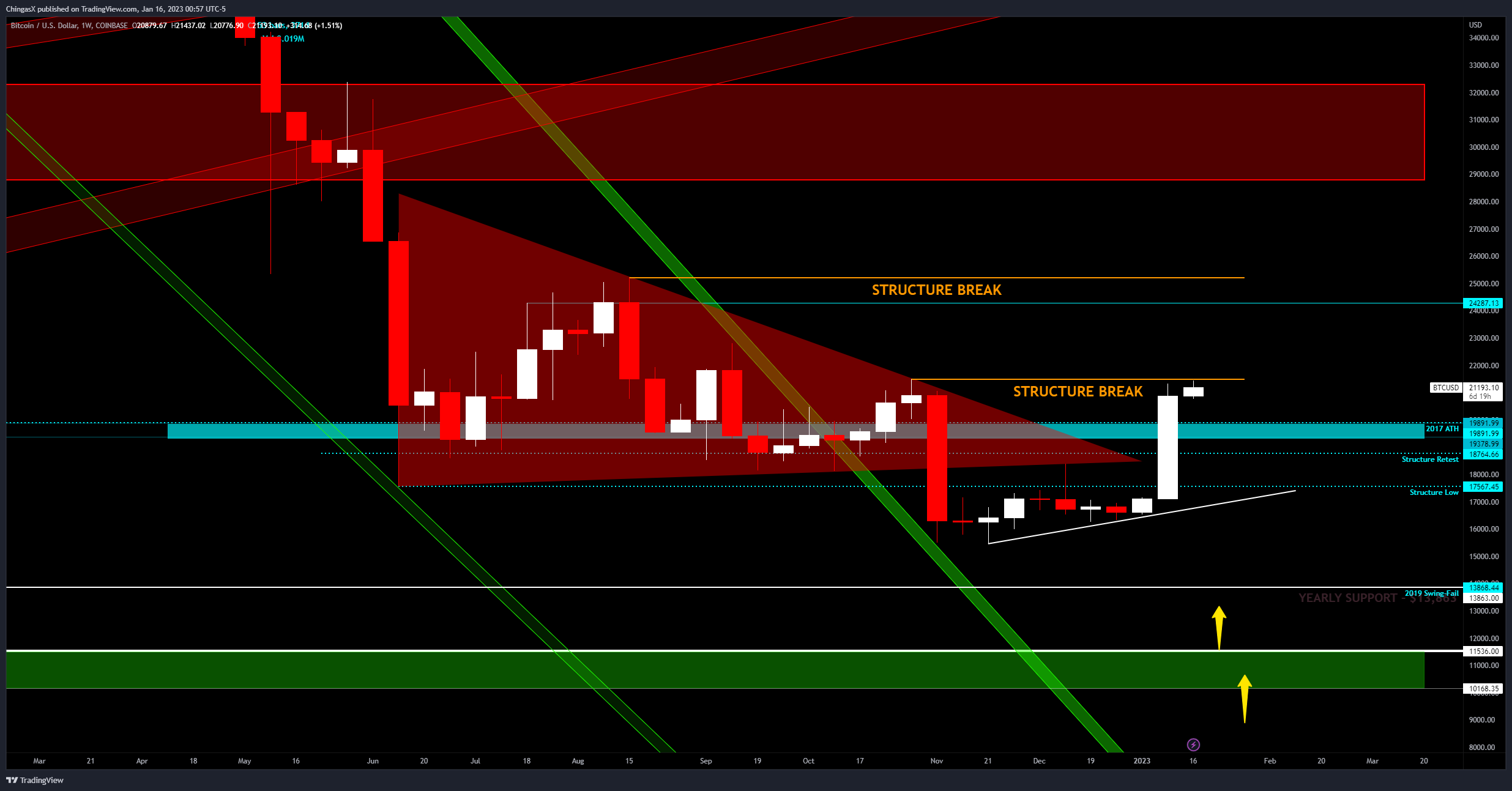 We have not seen a Bullish Volume bar on this weekly this big since January of 2021. Two full years before, we have seen Bitcoin get a week of buying of this magnitude. That is incredible. Now it is time to check your Bias at the door and follow the chart.

The structure is incredibly important. Whether short-lived or not, reversals need to begin somewhere, and they need to establish a structure for the opposing trend. During the Low – High – Higher Low – Higher High structure, we must see the local downtrend invalidated. This is generally when the Higher High from the uptrend trades above the previous Lower High from the downtrend. You can see that on the chart as the lower Orange line labeled Structure Break.

Take that into consideration when eyeing up this market. A failure here is nothing more than a reverse bart to a double top, and further downside would be expected. It is incredibly healthy to see the Weekly close above $20K/ 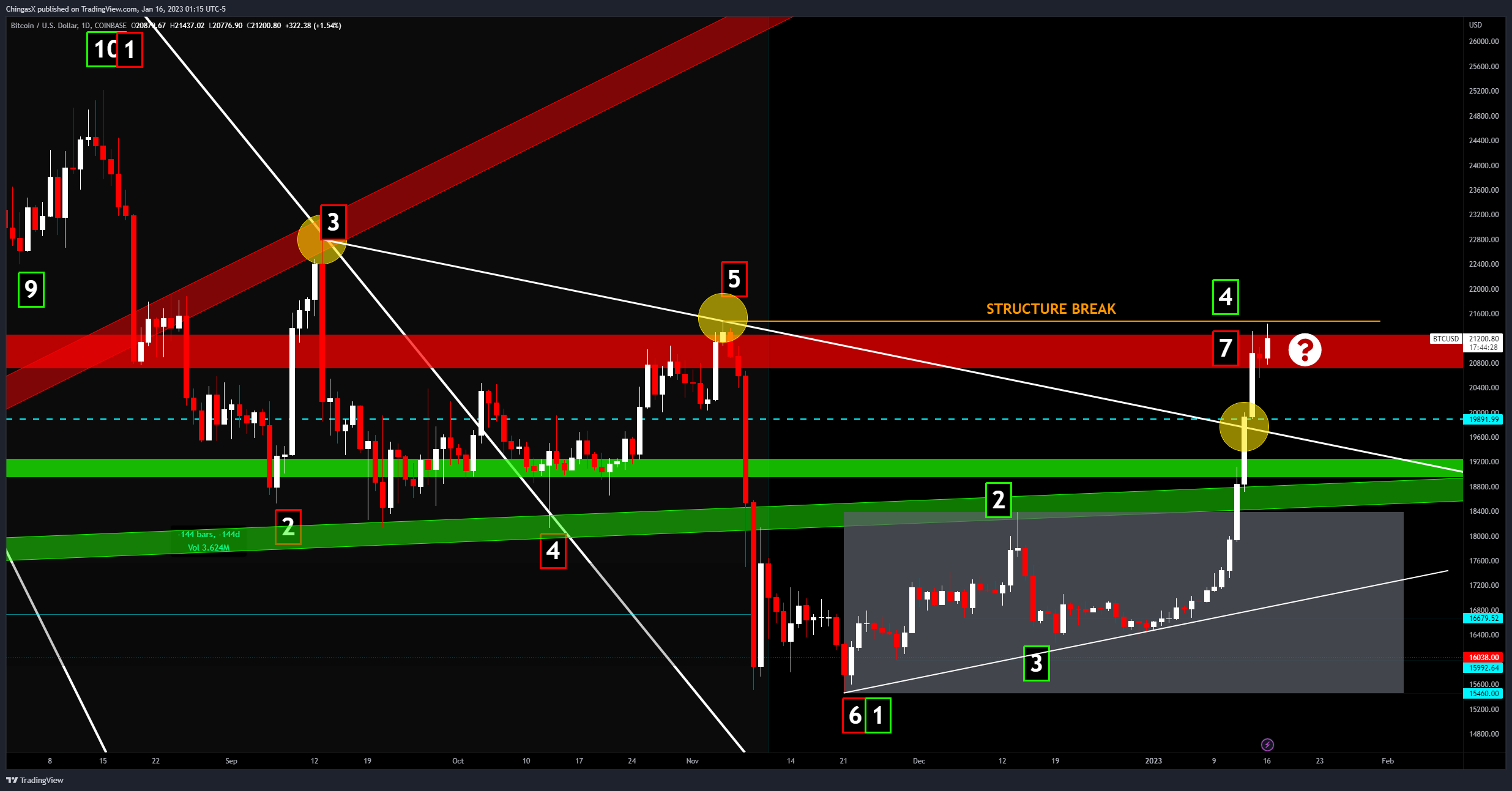 At this very moment, Bitcoin has not been able to trade above the “5” on the chart. That area represents the last major Lower High from the current downtrend. As we discussed, this is critical for the current uptrend as this will establish a proper structure for a local uptrend.

Bitcoin finally has some support underneath it as well. Not only is there a local trend to fall back on but two areas that can provide some cushion if Bitcoin gets blown back after crossing this level.

There is a case to be made for the Bears as well. If they are to step in and defend this current level, that should be enough to deter all the Bulls from trying any harder, as we are still technically in a downtrend.

There is something to say for momentum. When momentum shifts, it can be hazardous for the opposite side. The Bulls have the momentum at the moment, and it is up to them to carry the torch upward and flip this current resistance back to support. 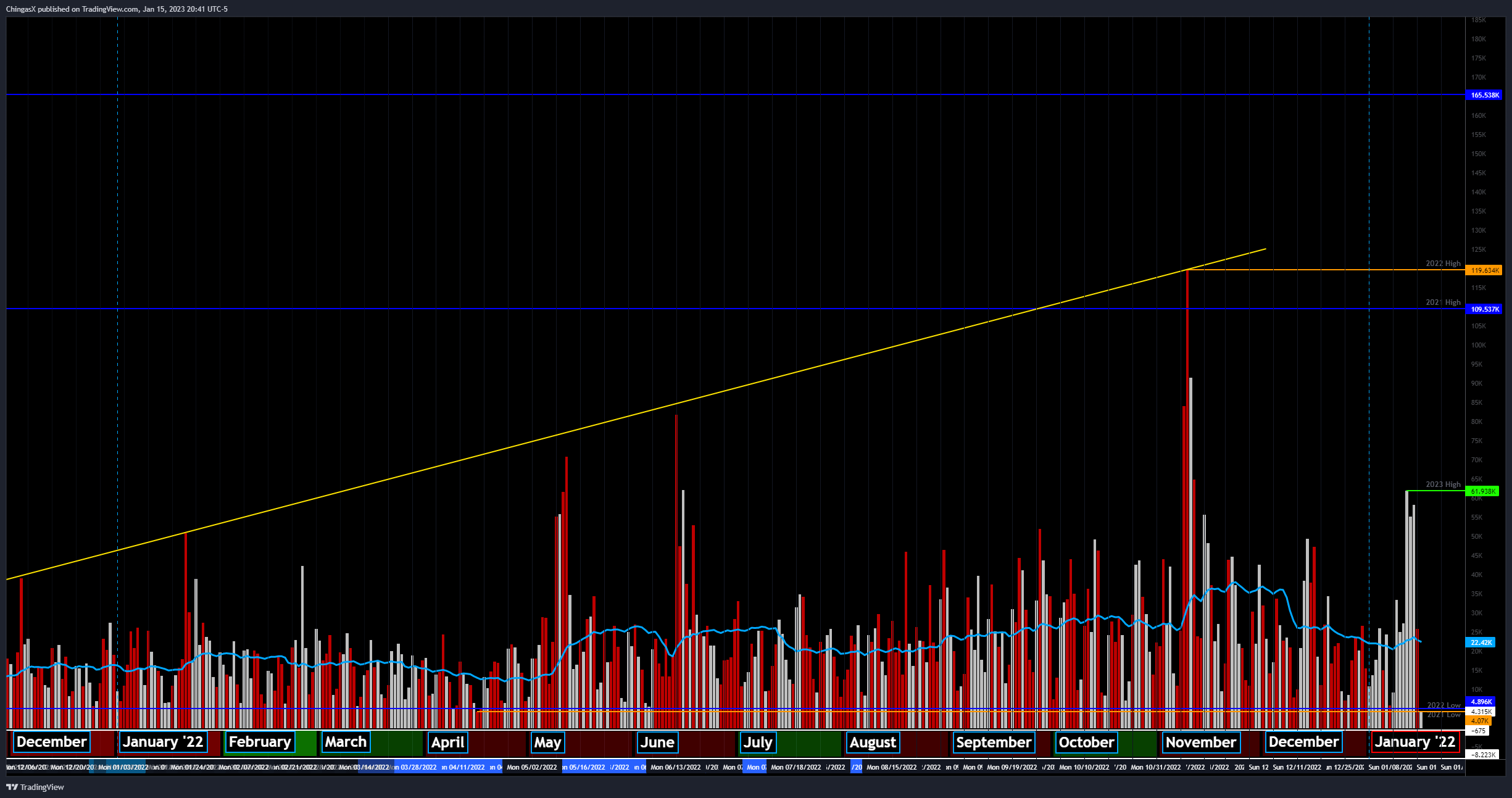 The number one rule of any large candle or move is it needs to come with Volume. A massive candle with little Volume provides no confidence in the trade, direction, or move. Generally, these fail instead of continuing. As we can see, the Volume last week was very impressive. Last June was the last time we saw Volume like this lasting over several days – during a dump rather than a pump.

The overall volume average is still trending down. Seeing this level out and then slanting upward, with good Volume and higher prices, would be a factor of confluence for traders to use. 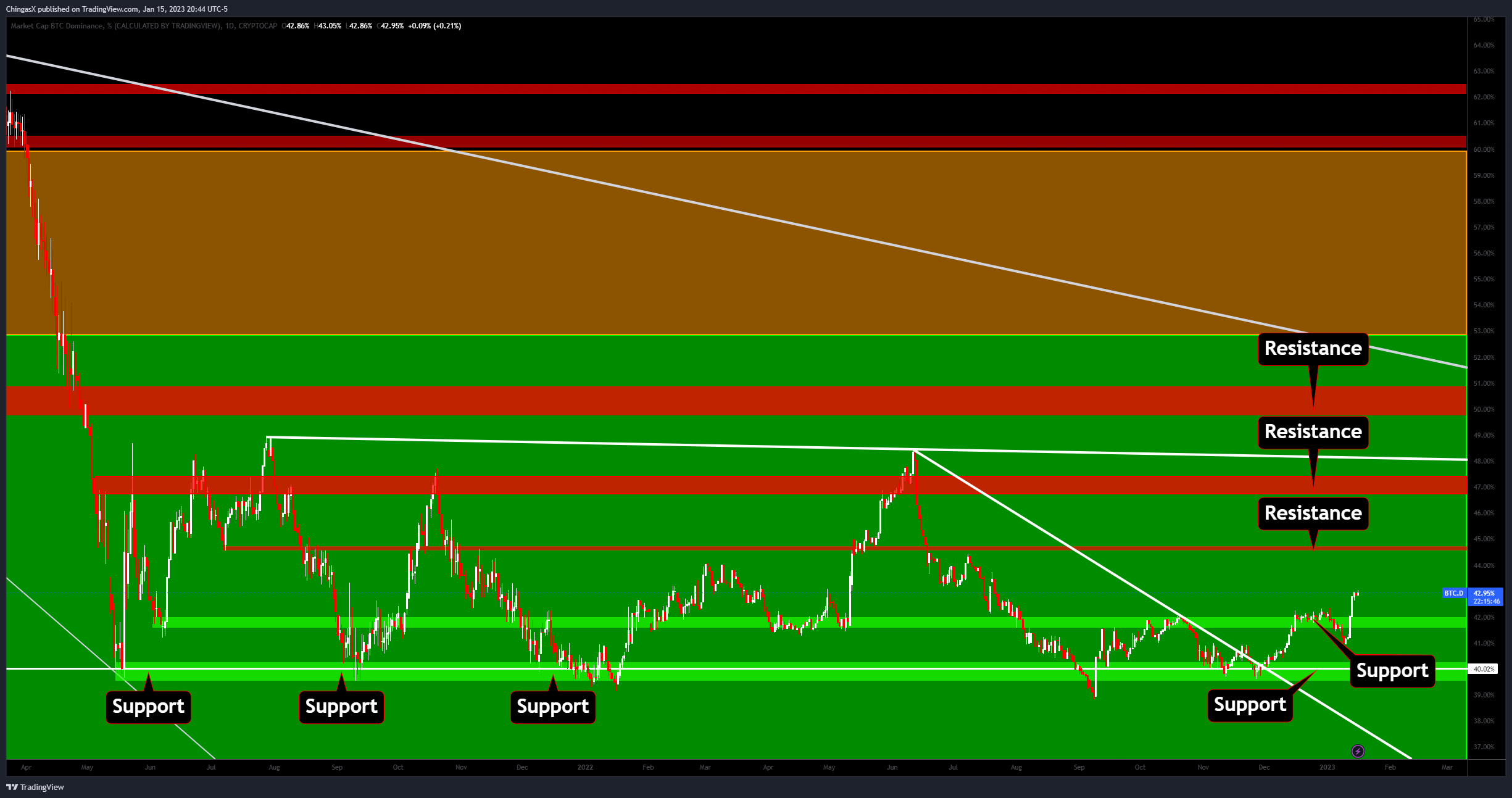 The ever-elusive 42% has finally been broken, and this time with significant momentum and follow-through. The real test comes when we pull back a little bit and secure 42% as Support. This is not a guarantee, but it is very probable. At the end of the day, we want to see that Bitcoin is trying to position itself as the primary token in a portfolio, meaning that every new investor would set aside more capital for Bitcoin than all the other altcoins in his portfolio. If we see that, we see the Dominace rise and the overall confidence in the market improve drastically. 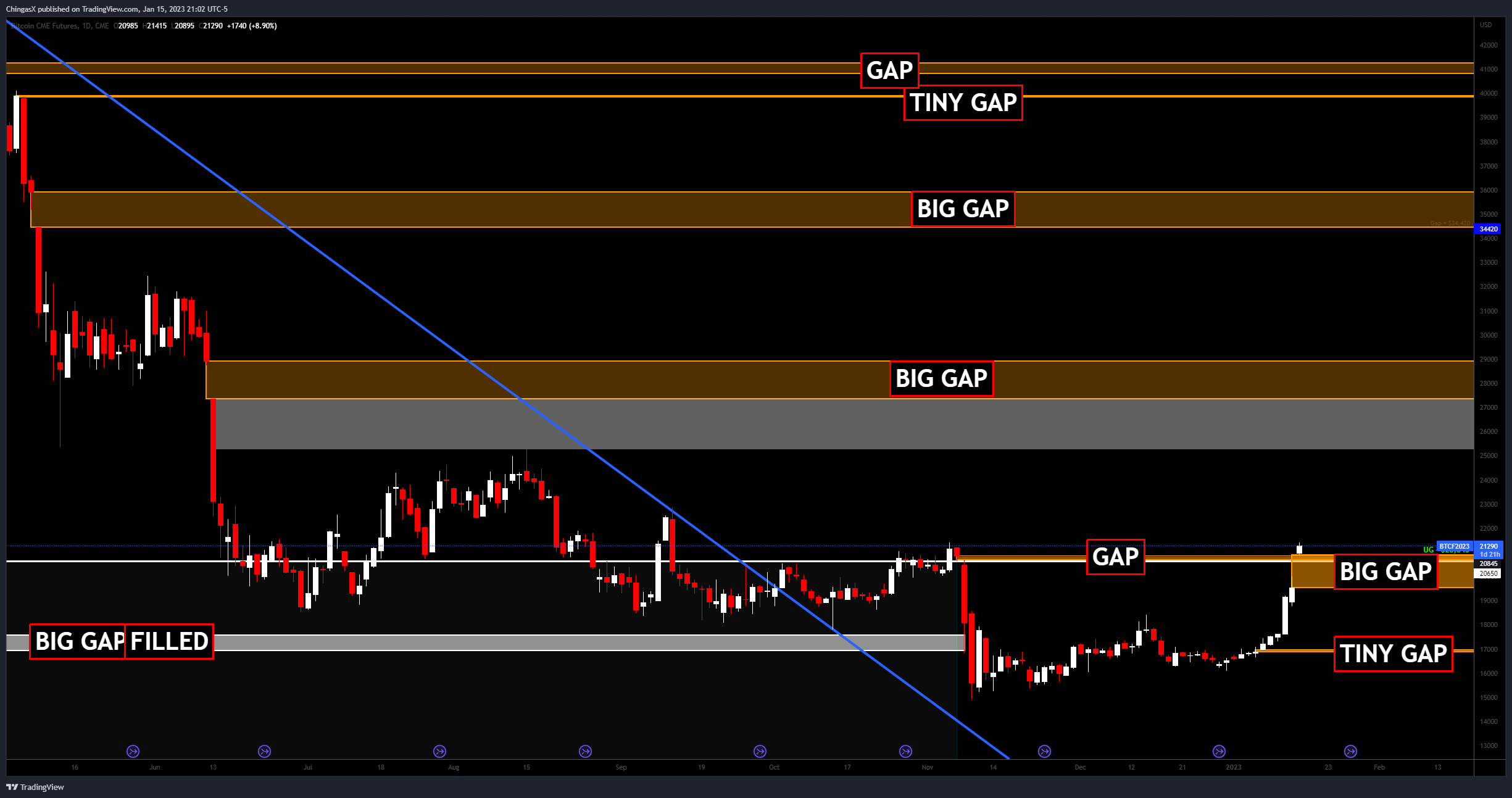 Here is where things get really interesting. CME traditionally fills nearly every gap, many of which are filled the following day. Micro or Tiny gaps have stayed in the past, but the number is ridiculously low, something like two since the life of this chart.

The Open today left a considerable gap to the downside, and the price has not yet been pushed down to fill that gap. Sometimes we see a break and run or a break and go. This is when the price breaks a key level and seemingly never turns back, that is, until months or even years later.

Filling the current gap would require the price to drop to $19,550 on the futures chart, which is not a 1:1 of BTC spot price. This means we can see Futures drop down to fill the gap while the spot only travels down to $20K. We still have gaps in the $8000 – $11,000 zone – 4 gaps. This candle is a holiday candle in America, but plenty of other markets will be business as usual. Based on probabilities, it is far more likely we fill this lower gap than leave it unfilled. 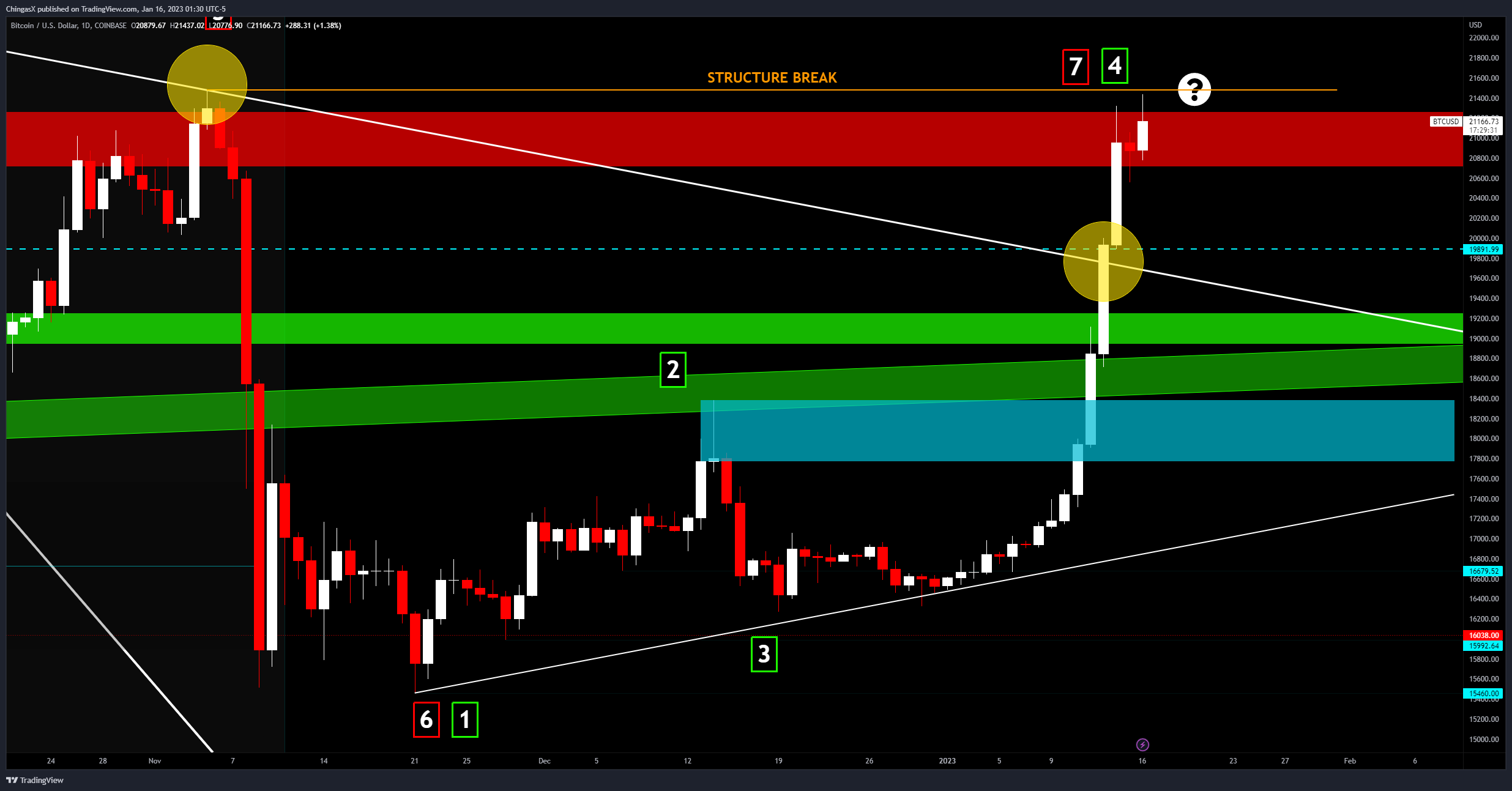 The Bulls have everything they need to push this level. Can they get it done?

All eyes are fixed on answering that very question. If the Bulls succeed, then we have some exciting times ahead. Do I think this is the next Bull Run? Not exactly. It seems very reminiscent of the 2019 run to $14K after tapping down at $3120. However, that led to almost a year of downward price action, finally dropping to $4200 in March and finally breaking out of the $10-12K zone and pushing to $69K.

We are too early to call those theories at the moment, but if we are to see something similar, $48,500 would be the target for a rally. Again, way too soon for these talks. The first thing first is to break the current structure level and properly flip it to support.

Top 5 by MCAP The market is heating up for the first time since last January… The H4 upward trends are strong for every coin,… 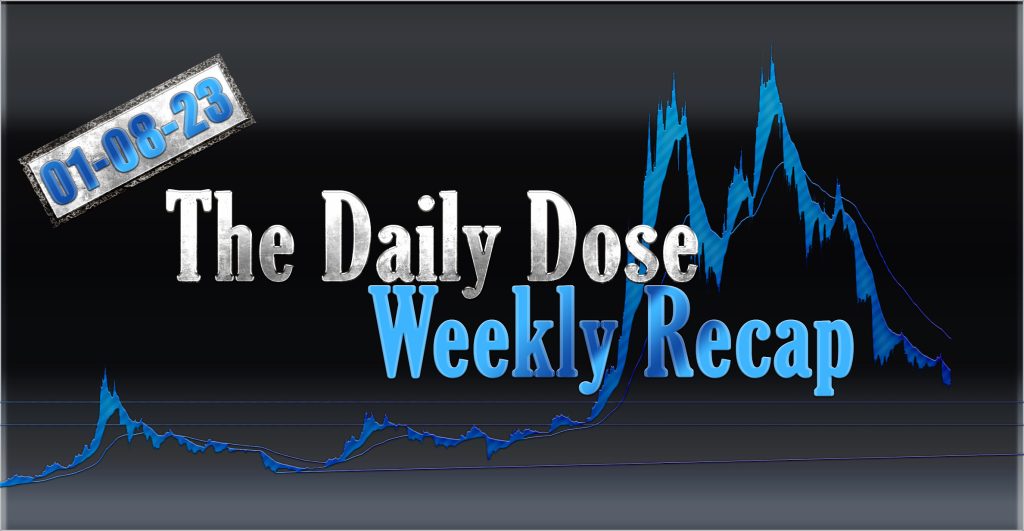 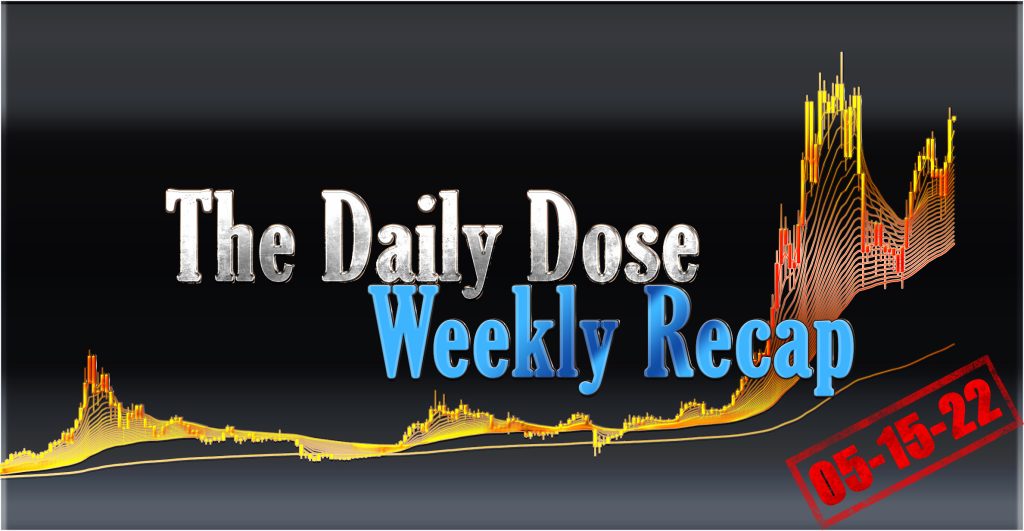 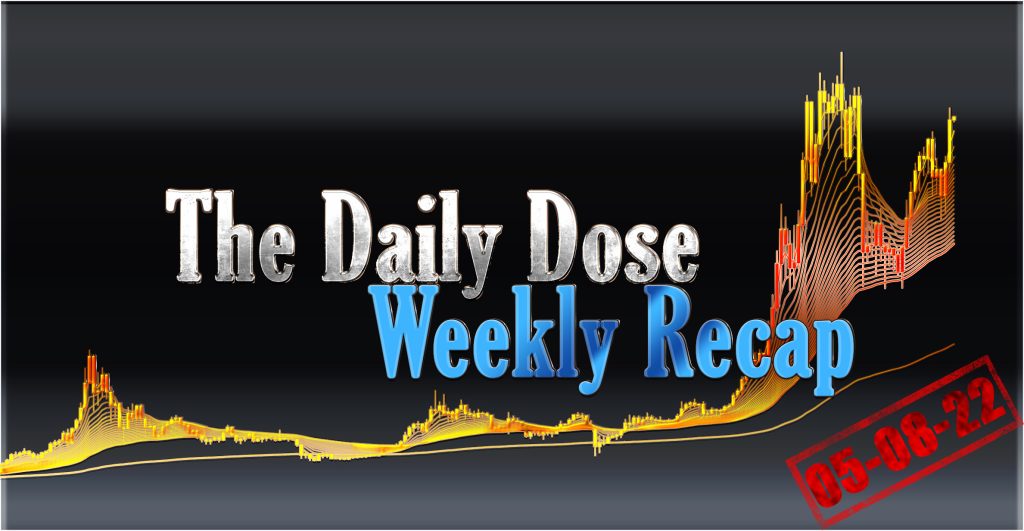 Top 5 by MCAP One glance at the Top 5 by Market Cap and you should have a pretty good idea what’s going on.  The…