After 6 Months of trading, Bitcoin not only approached its previous ATH at $64,899 but surpassed it to a brand new ATH at $66,999 on the Coinbase Exchange.  This of course comes on the heels of the new BITO ETF but if you ask me, ETF or no ETF, Bitcoin was destined to break $65K.

The momentum is still hot, even tho we are currently seeing a bit of selling.  At the time of this writing, Bitcoin is trading at its previous ATH – no doubt there are plenty of traders scooping up what they can in that zone.

Bitcoin has a lot of “potential” levels of Resistance but nothing concrete.  Why is that?  We have entered into what is called Price Discovery.  Price Discovery is when an asset has no historical data for the current levels it is trading at.  The second an asset hits a new ATH – it has never before traded even a dollar above that level, so there is nothing to look back in history to see how it performed.

So, what is next then for Bitcoin?

Some analysts Love Price Discovery, I happen to be one of them.  Fibonacci is often used for targets – either Long or Short and when the market is dying for a number, there are very few tools that make sense in uncharted territory.

We use Fibonacci a lot as it is also one of the few drawing tools or indicators for that matter that help predict future price action as opposed to lagging behind the actual data.  Historical data is used to help make future price predictions.

Don’t worry if you have no clue what I’m talking about now, we cover Fibonacci fairly early on in our L3 – Intermediate School.

What we can see in these two pictures is a common thread near $75K.  Now, if WE can see this, then others can surely see it as well.  Think about what happens if EVERYONE can see it.  Then it becomes the old psychological story about how Fibs only work because Traders will them to work.

Let’s not get into that nonsense at the moment but instead go back to the basics.  If we have no historical data to support what Bitcoin may do at $67, 68, or even 70K, then how on Earth do we know when to take profits on Long positions.  Remember, NOT EVERYONE IS AN INVESTOR and even Investors take profits along the way.

THERE ARE NO UPPER RESISTANCE LEVELS AT THE MOMENT.

Any ALTS Worth Watching? 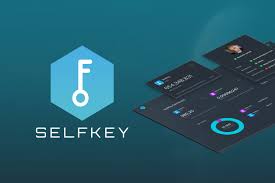 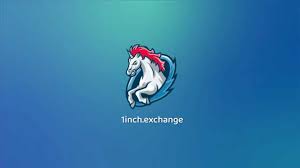 The core team has worked on decentralized identity since 2014 across companies such as Standard Chartered Bank, Bitmax exchange, EQIBank, and GSR.

The SelfKey wallet (SelfKey.org/selfkey-wallet) is a free, open-source, non-custodial wallet that allows users to securely store and transmit both digital assets, and their digital identity. Users can interact in the SelfKey marketplace – to ‘one-click’ apply for products such as a real-world bank account or company incorporation and pay with KEY.

The 1inch Network unites decentralized protocols whose synergy enables the most lucrative, fastest, and protected operations in the DeFi space.

KEY has broken out and is now trading above its $0.012 Resistance Zone.  The next obvious Resistance looks to be near the $0.020 levels but we’d like to see some consolidation and potentially a retest of the $0.012 area first.  These things can fly without retests tho.

1INCH has broken out of its $4.02 area and has some room to grow once it can trade outside of this Broadening Wedge.  With some slight upper resistance levels up ahead, caution is necessary.  A potential retest in the green area or even a bit lower would be of no concern for long positions.  If 1INCH were to trade on the bottom side of the Wedge, well that would be a reason to exit any Longs.

Newest | Active | Popular
See all
WE DID IT! Now What?