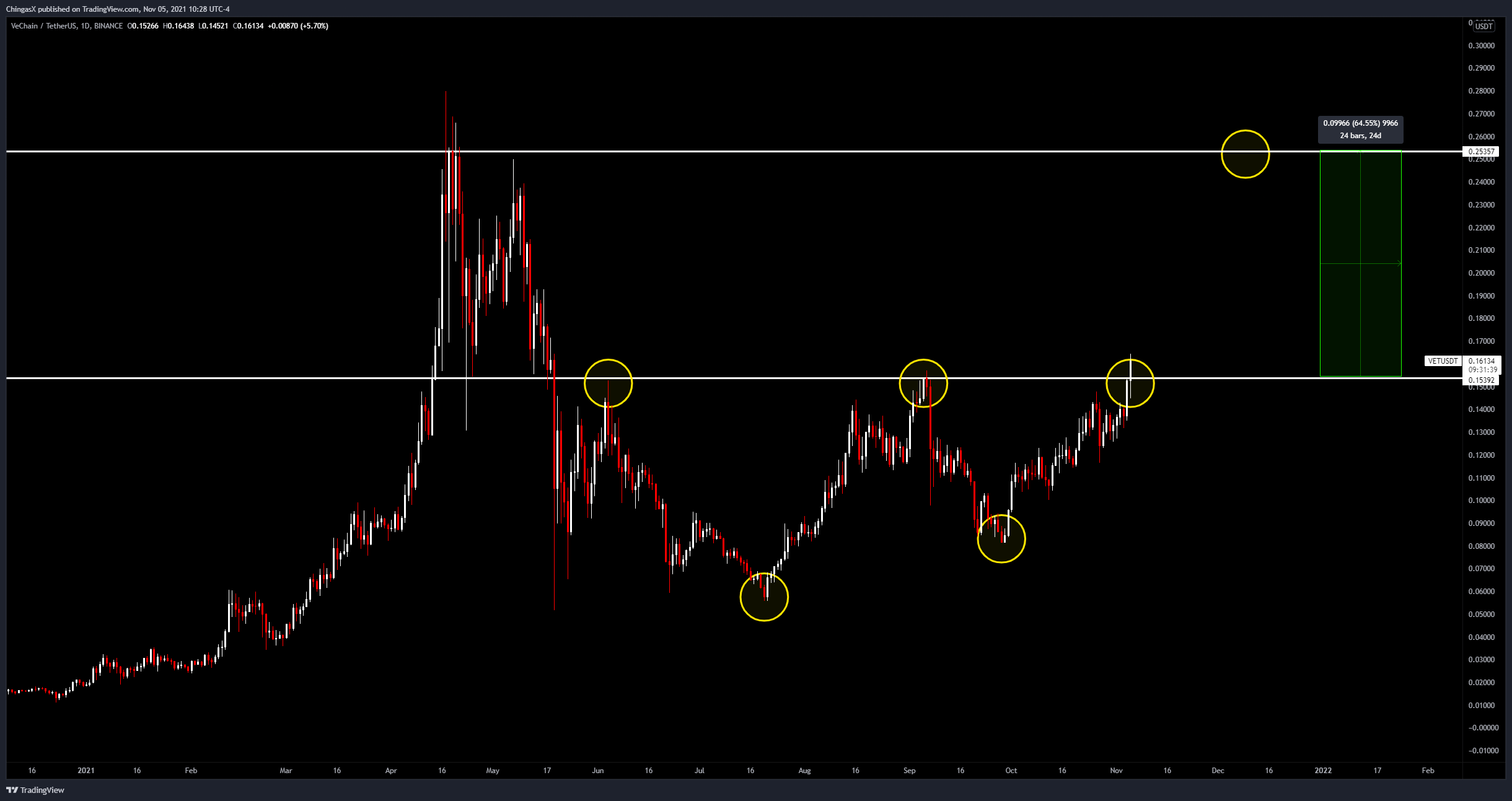 VET – an oldie but a goodie.  VET has had its fair share of letdowns and disappointments over the years but they are finally starting to get a little attention and the chart is ripe for a +60% move.

We have two different analyses that provide confluence into the $0.25 area.  Firstly – look above.

What we can see here is a trend reversal forming after a huge rise and fall.  The very local trend has committed to HHs and HLs (Higher Highs and Higher Lows) – essentially the definition of a trend.  On the topside resistance at $0.15392 – we can see the double failure and now the attempted breakout.  We look to our previous area for the best area of resistance and that seems to be around $0.25357.  That is about a 65%move from previous resistance.

Ascending Triangle on the Daily 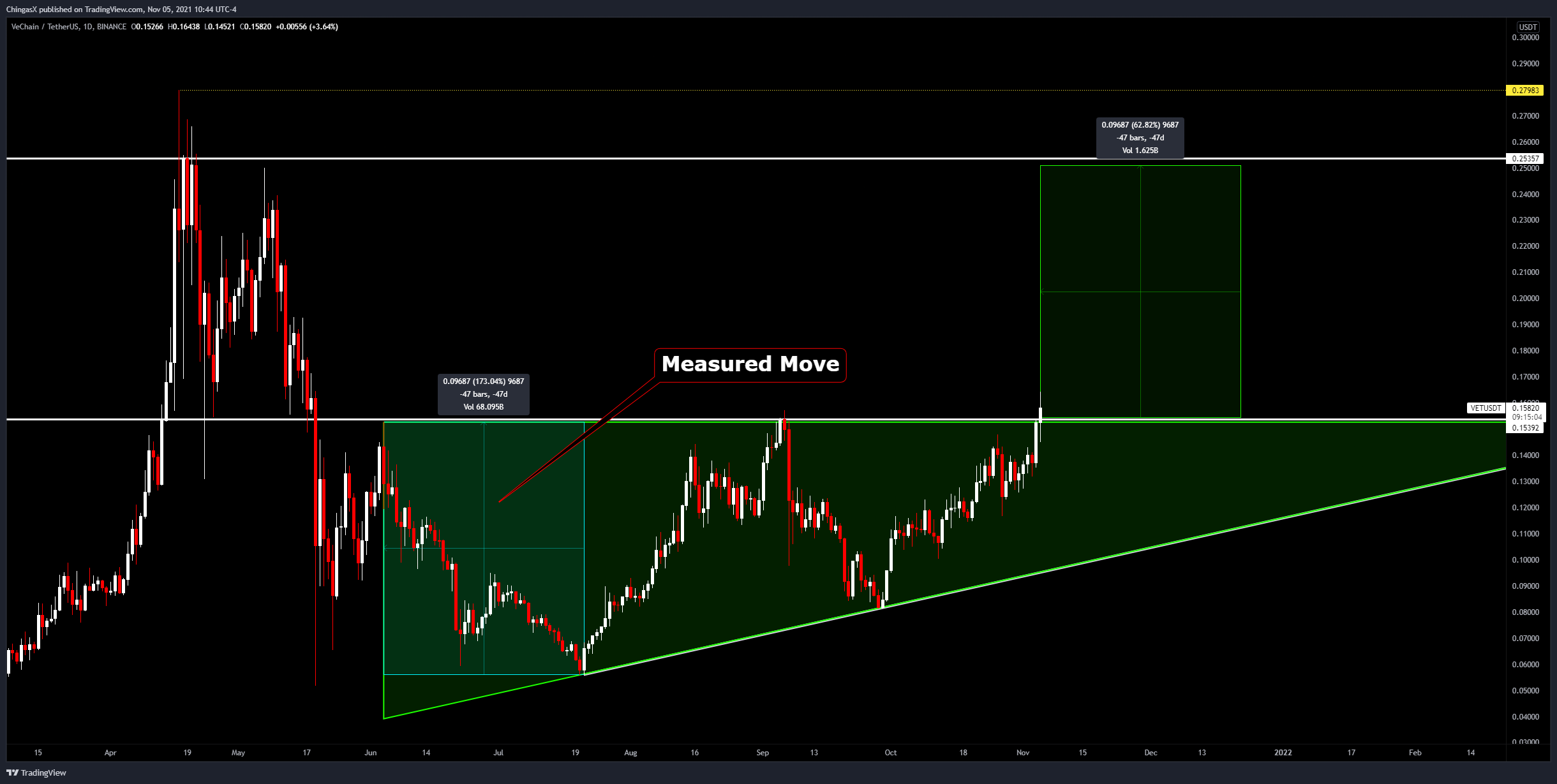 Now, the second look is what we call an Ascending Triangle.  This pattern is formed when the resistance level stays horizontal but the support increases with every pullback by creating Higher Lows.

With an Ascending Triangle, we measure the Mouth of the pattern and apply that to the top side horizontal.  This becomes the target and what is called a Measured Move.

That being said – we now have two measures to bring confluence to that $0.25 area as potential resistance. 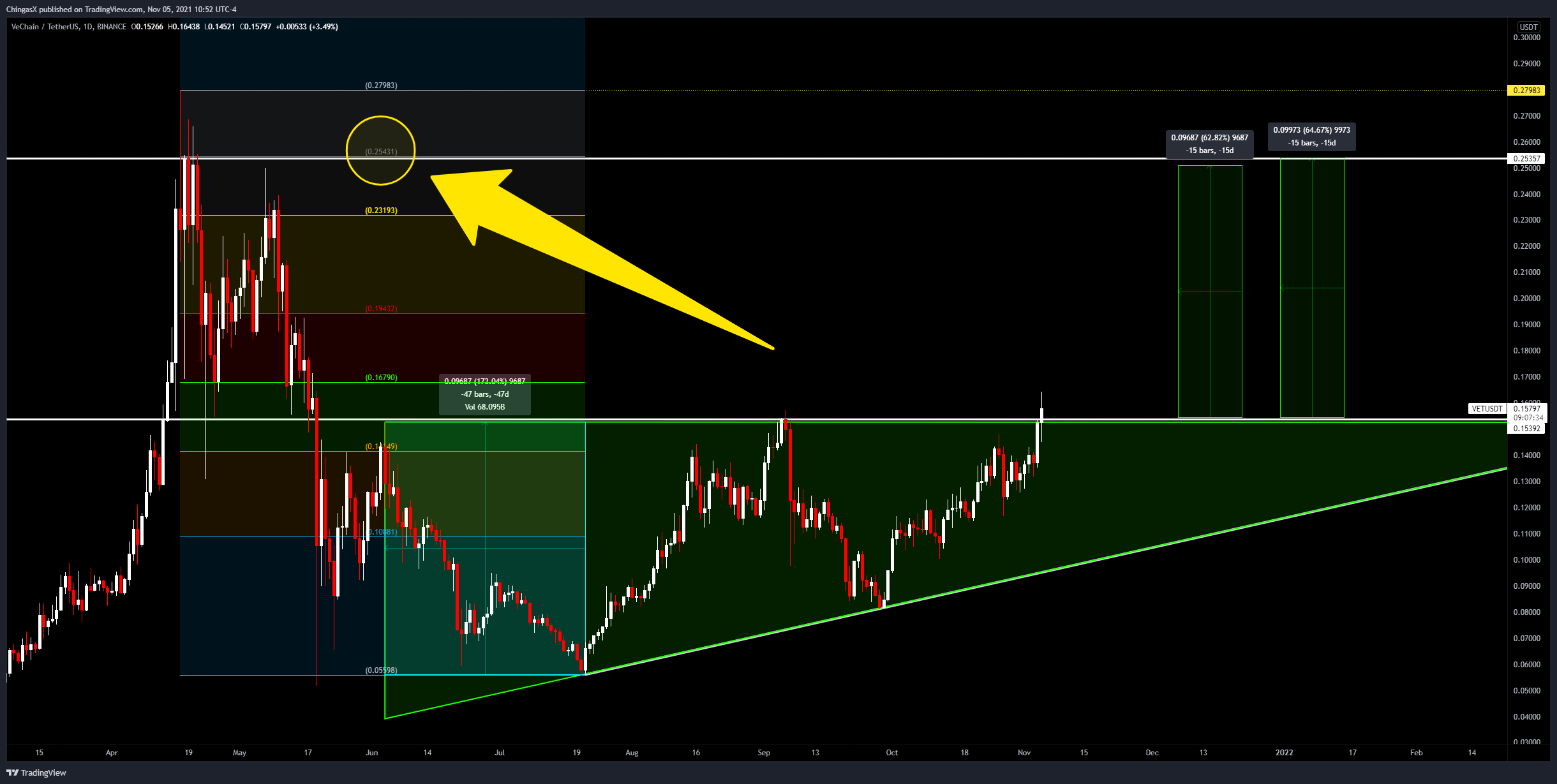 Although not used as frequently as the 38.2 or the 61.8 – the 88.6 is hard to ignore when it lands directly on the same potential resistance.

Fundamentally speaking – VeCHain is making some big moves.  The other day they announced their very own DEX (Decentralized Exchange) and their own AMM (automated market maker.  November 9th is the expected launch date.

To add to this – they are also releasing a Yield Farm for the VEX (governance token) and VET.  This can bring in a whole new flock of yield farmers into the ecosystem to provide liquidity for the DEX.

So there you have it – Three forms of Technical Analysis and One form of Bullish Fundamental Anaysis can lead VET to at least a 60% move in the coming days/weeks (or in this market… Minutes). 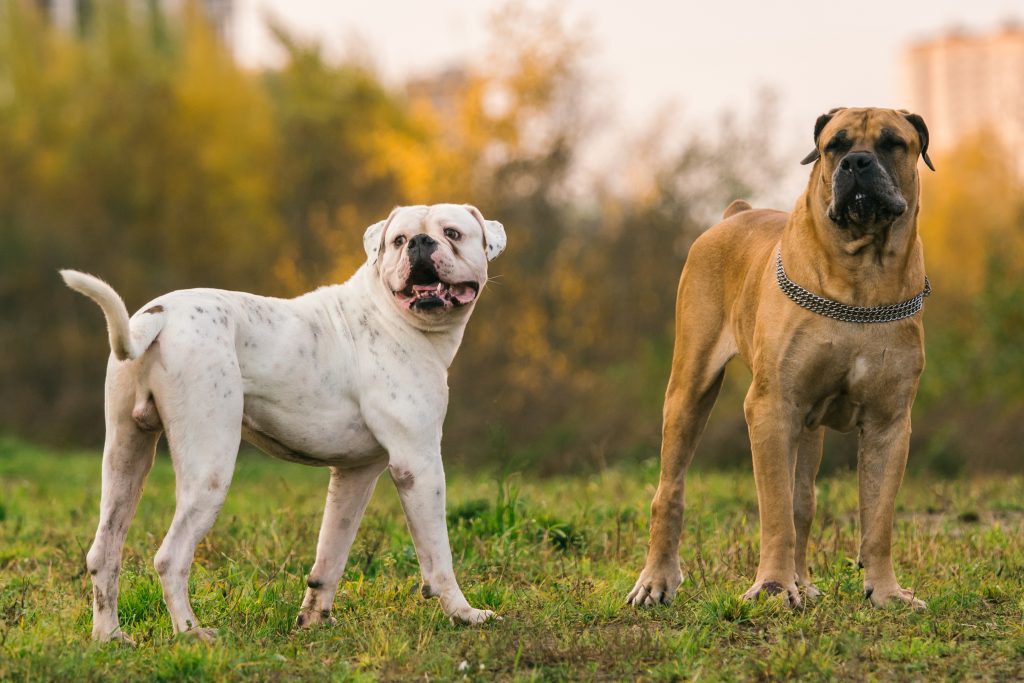 Bitcoin Morphing Patterns Bitcoin has been awfully quiet since it created that new ATH on October 20th at the level of $66,999.  Now that we…

Newest | Active | Popular
See all
VeChain just might have the juice afterall!