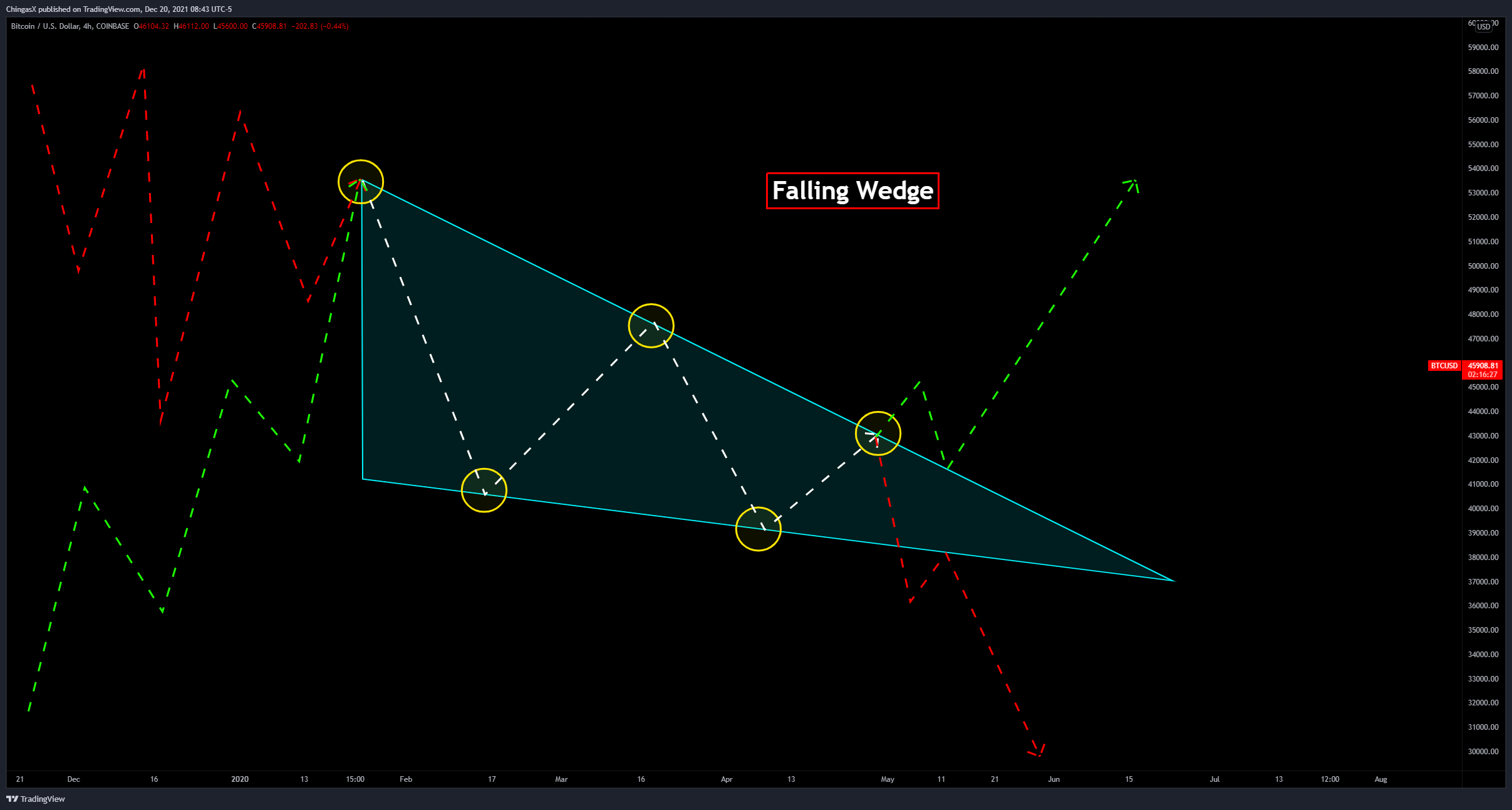 Trading Patters are popular for technical analysts because they are repeatable, measurable and quantifiable movements in price action that can offer trading opportunities for those who are paying attention to them.

Chart Patterns are generally a pattern that consists of a large amount of candles and can form an easily identifiable shape.

Today we will look at The Falling Wedge Pattern.

The Falling Wedge consists of two Downward Sloping Trendlines that will converge sometime in the future.  A valid Falling Wedge will have at least 5 total touches of the trendlines which should alternate between the trendlines.  These touches are highlighted in yellow circles in the above picture.

A Falling Wedge can have any preceding trend before it but the overall direction of the Wedge is Downward.  This pattern can Breakout or Breakdown but it does Breakout 68% of the time – according to Bulkowski. 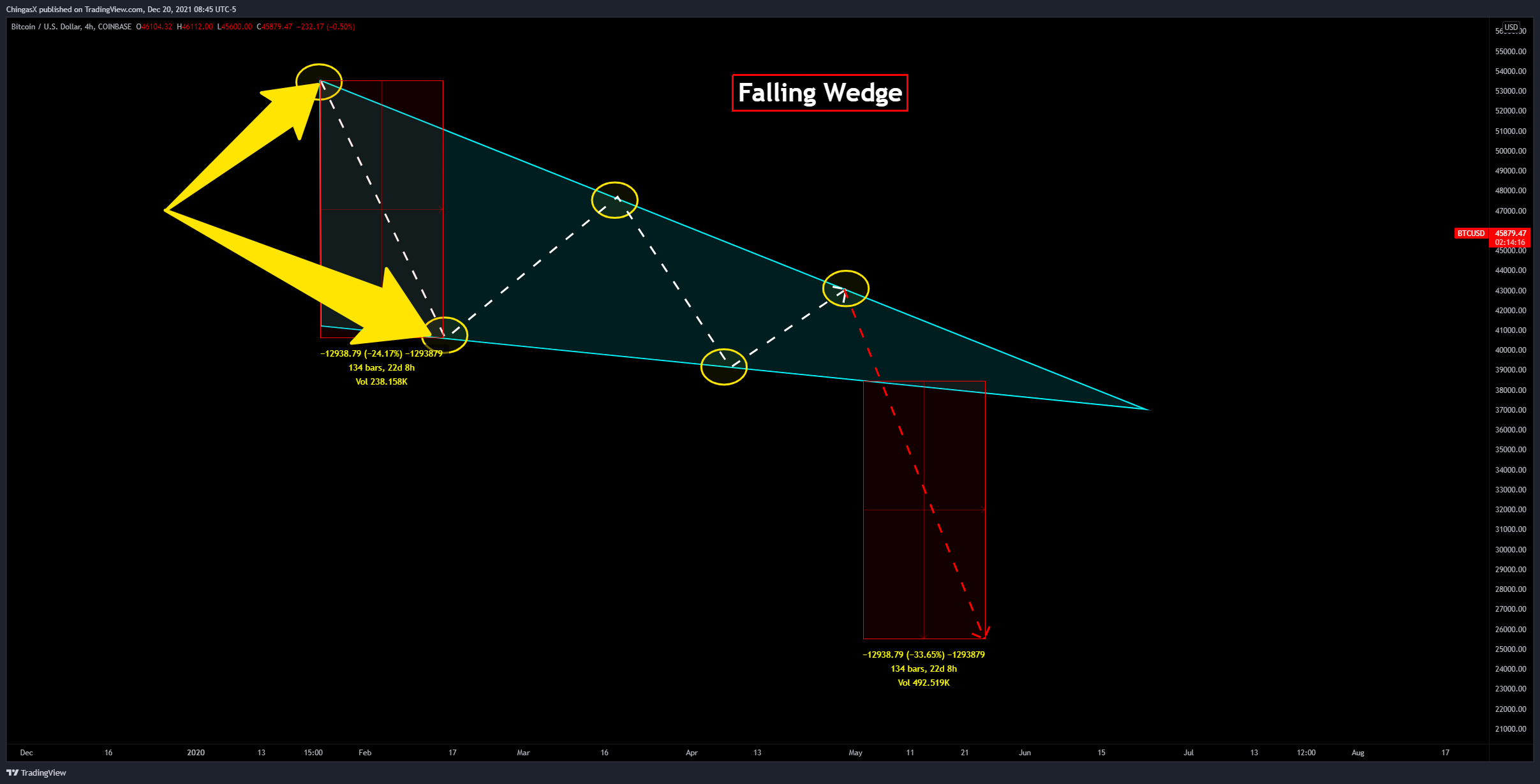 Even though the Breakdown happens less often than the Breakout, it’s still important to cover the price target for short traders.

A Falling Wedge will derive it’s price Target from the Highest Peak to the first Low of the Pattern.  This is called the “MOUTH”.  Measuring from Top to Bottom we arrive at a $ amount.  That same dollar amount then gets subtracted from the Breakdown point of the lower downward sloping trend.  This becomes your measured move. 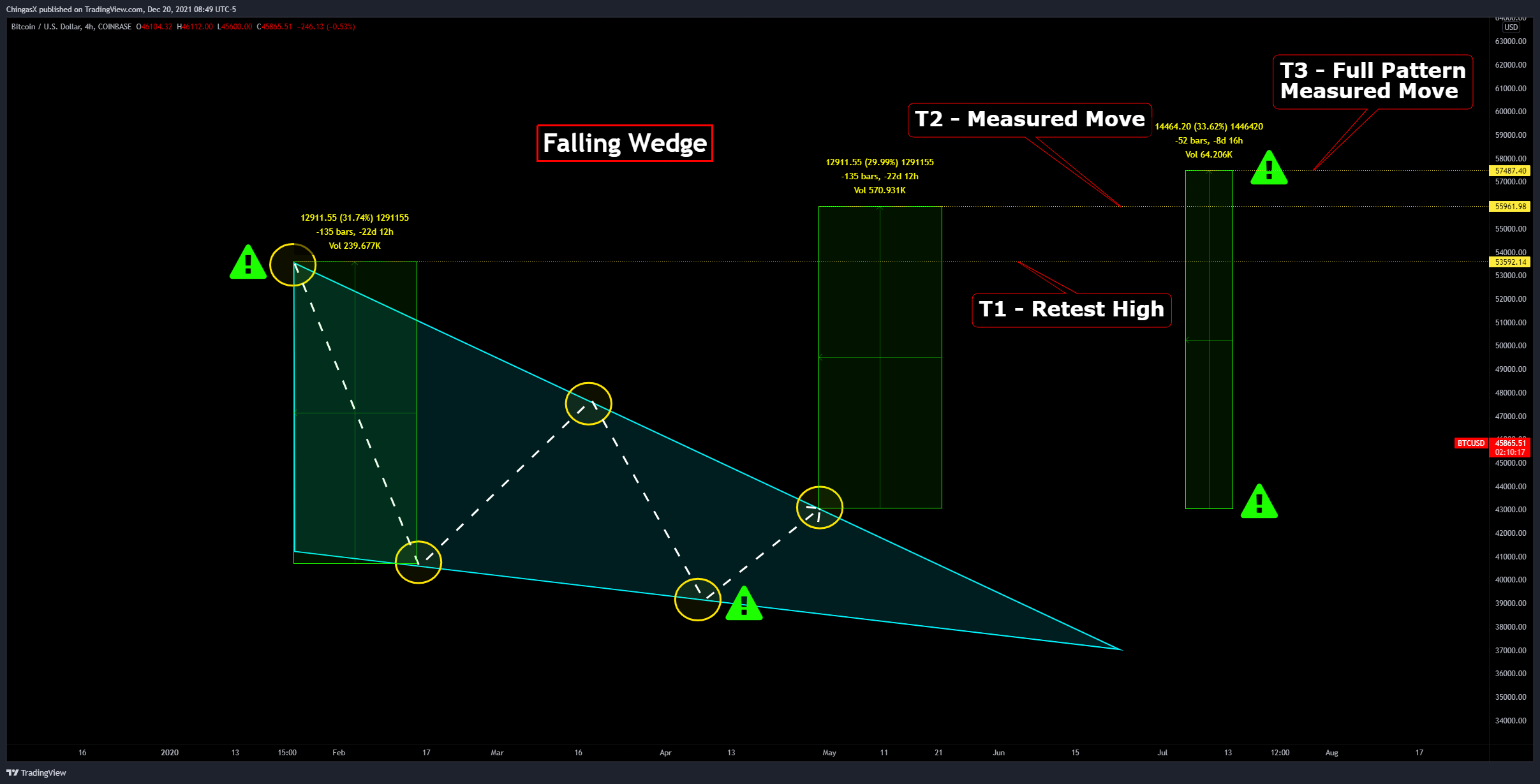 Breakouts are handled slightly differently.  In addition to the Measured Move, there are two other potential price targets when dealing with a Falling Wedge and a Breakout.

Option one remains as the Measured Move and calculated from the first low in the pattern to the Peak High of the pattern.

Option two is nothing more than a retest of the High of the pattern.  This one can be achieved and price can turn around at this point creating another pattern – The Double Top.

Option three is taking the Low side of the whole pattern and measuring from there back to the original Peak High of the pattern.  Using that as your Measured Move will result in the highest possible target for the Pattern. 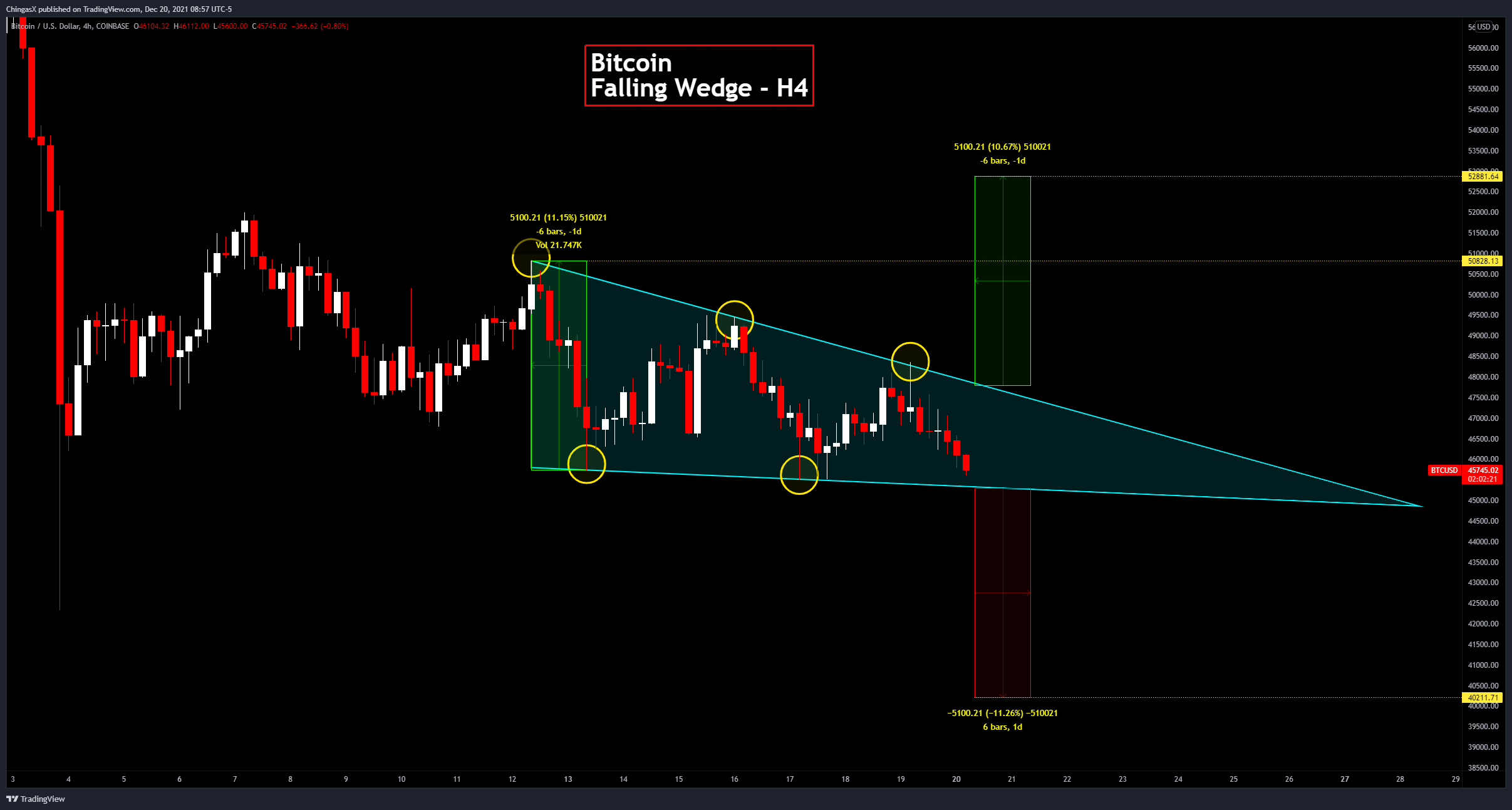 Above we can see the two Measured Move Targets for either a Breakout or a Breakdown if price action is to break one of those trendlines by the next candle.  These targets change ever time a new candle is printed.  This is the H4 – so, every 4 hours.

The retest of the High will obviously NOT change – so long as we see a Breakout and not a Breakdown. 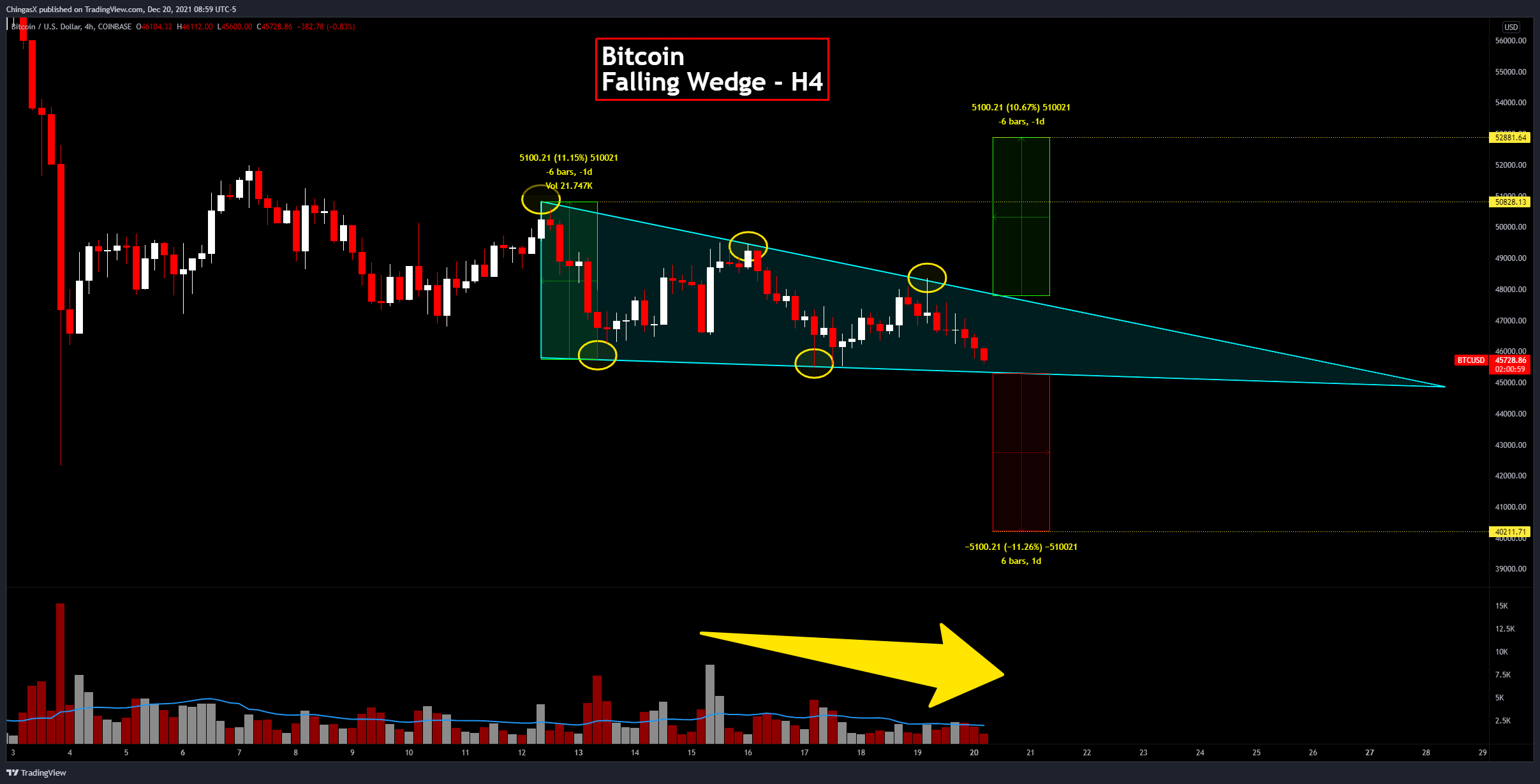 A Falling Wedge is commonly referenced alongside of Volume.  Even with other forms of confluence, Volume is your number one resource when it comes to Pattern Trading.

A Falling Wedge will have Volume trending downward 72 – 75% of the time until the Breakout.  This is an important but often forgot about indicator that can help traders stop themselves from trading an eventual failed pattern or a fake out. 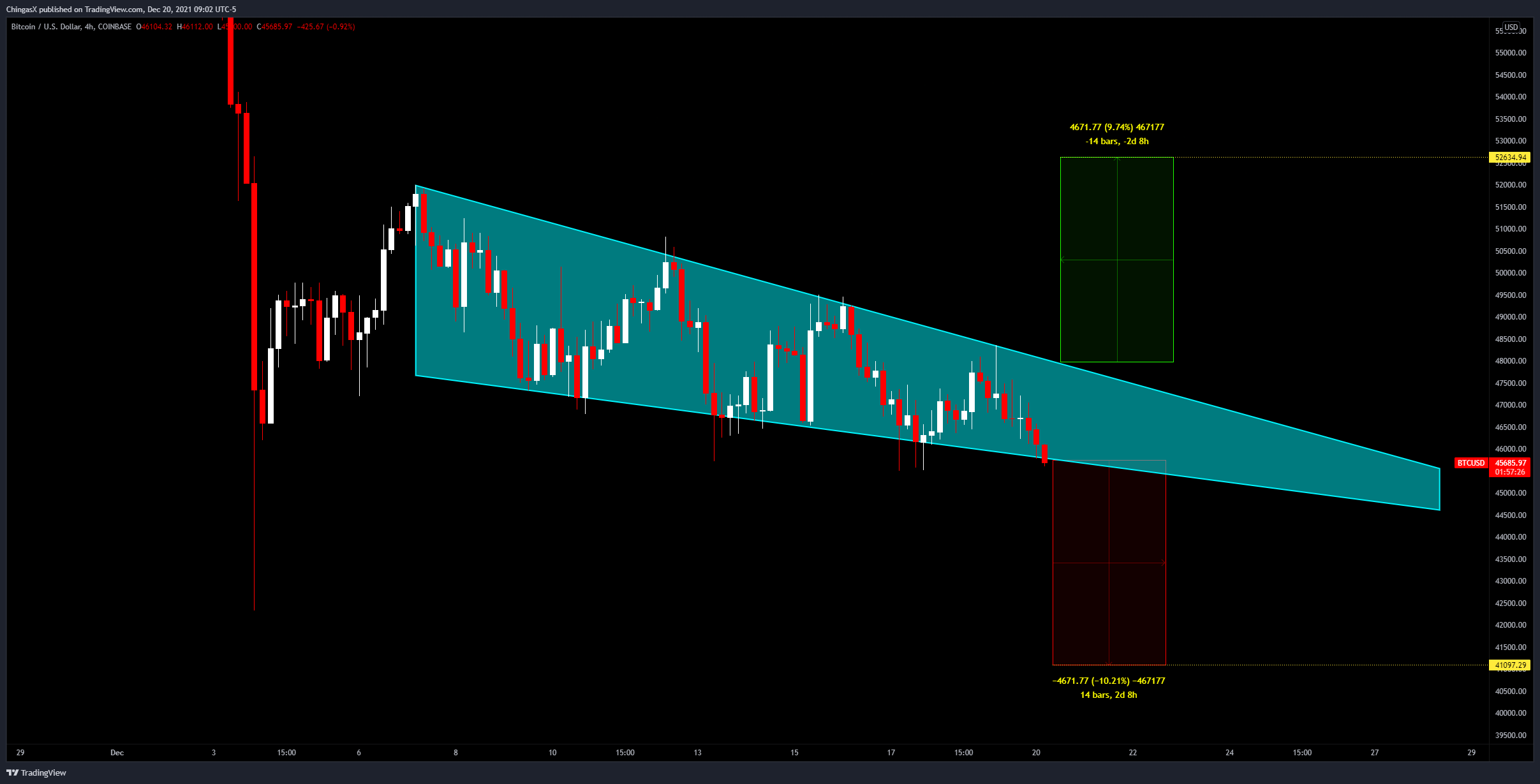 Even with all the rules in place, Traders will often take it upon themselves to draw patterns differently or they draw an alternative pattern based off of Wicks or Body Candle Closes.  As we often say when it comes to anything that can be left up to the trader as far as interpretation, draw what is the Most Obvious.

The issue when it comes to this is whether the pattern is actually valid or not.  This will also change your price targets as well as your Breakout or Breakdown triggers.  A Trigger for either would be a candle close on the opposite side of the trendline from which the Breakout or Breakdown has occurred.

In the example of the same Bitcoin H4 Chart above, no candle has closed outside of the bottom trendline just yet, so the pattern is still intact.

Just be aware of the QUALITY of the Pattern that you are trading.  A Perfect Quality Pattern will look like the textbook version of the Pattern as seen in the very first picture.  Every piece of price action that removes quality should impact your overall confidence in the pattern as a tradeable event. 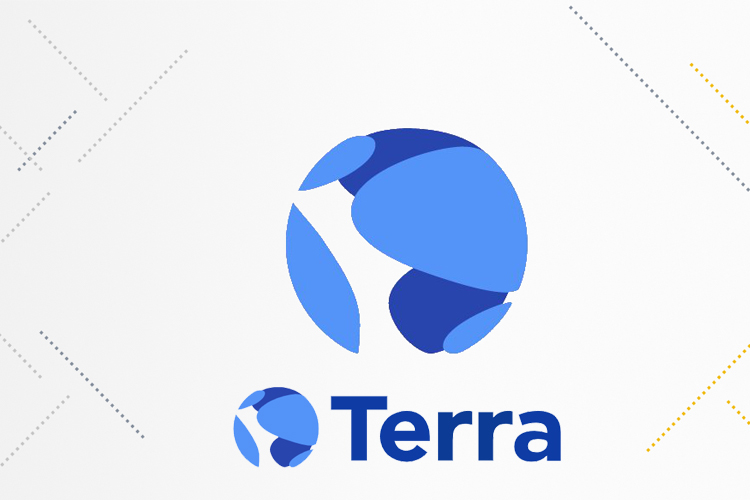 LUNA Hitting Targets and Printing New ATHs Back on October 6th, we mentioned LUNAs next resistance area would be around $52.  We hit that level…