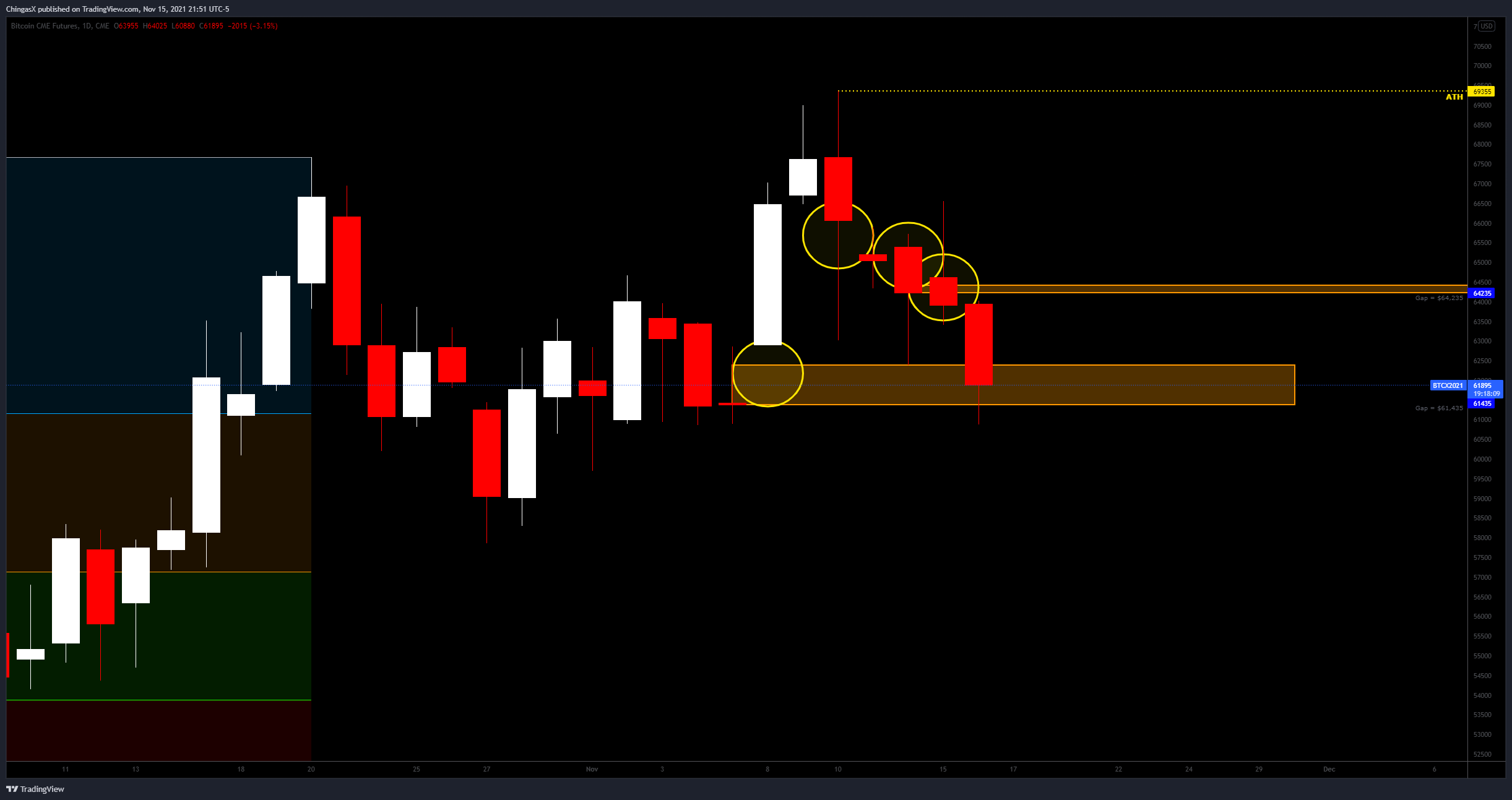 Now we have had plenty of Daily Gaps over the course of the week or two.  In fact, we get them all the time.  We had a Gap on the 11th, the 12th, and the 15th.  They were all relatively small and were nothing compared to the 8th. 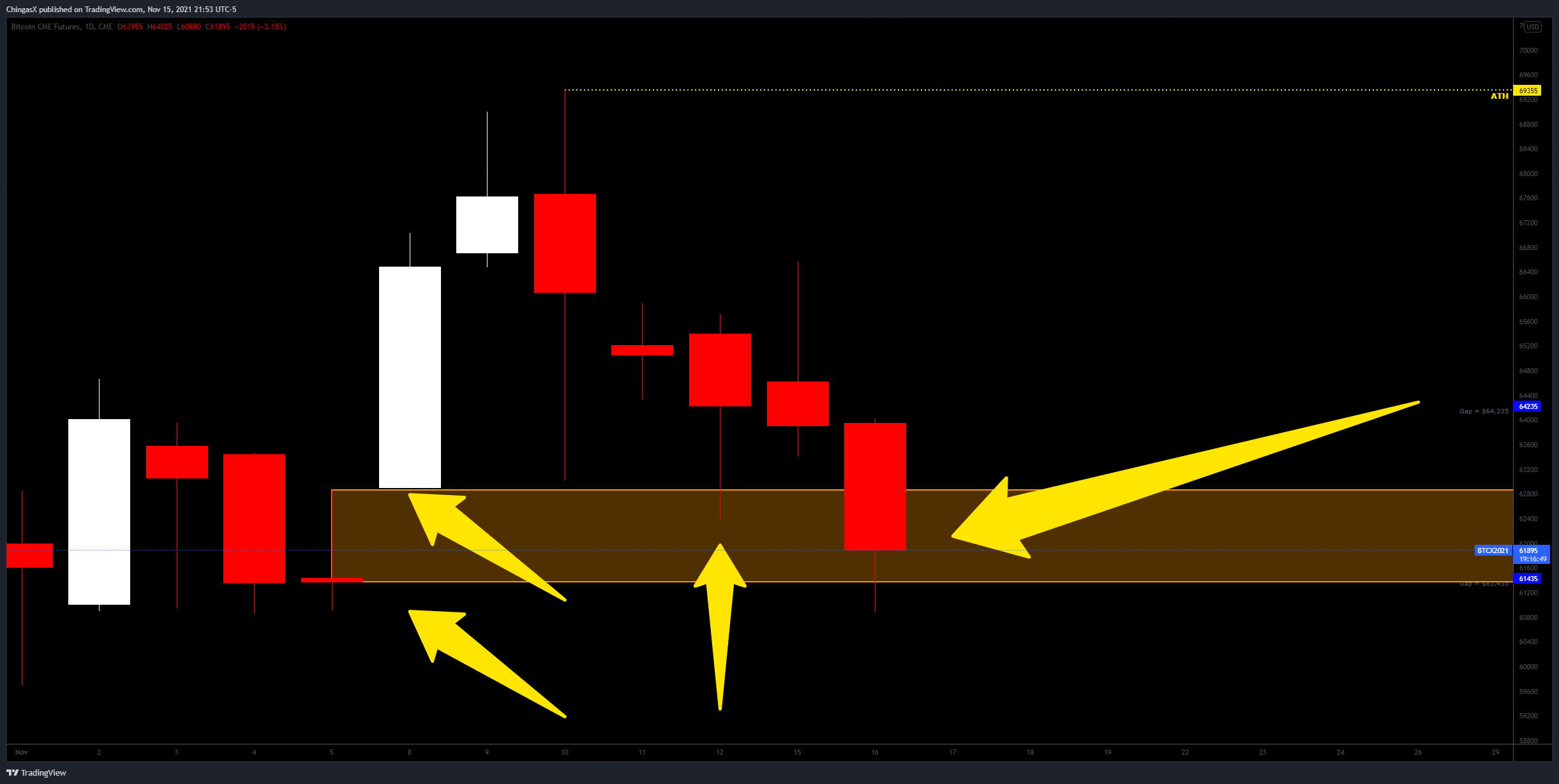 For a Gap to get filled – the price needs to trade inside of the gap.  Just a little bit doesn’t close the gap – it merely makes the gap a little smaller – as that section of the gap has been fulfilled.  As we can see on the 12th, we were unable to fill the whole gap. 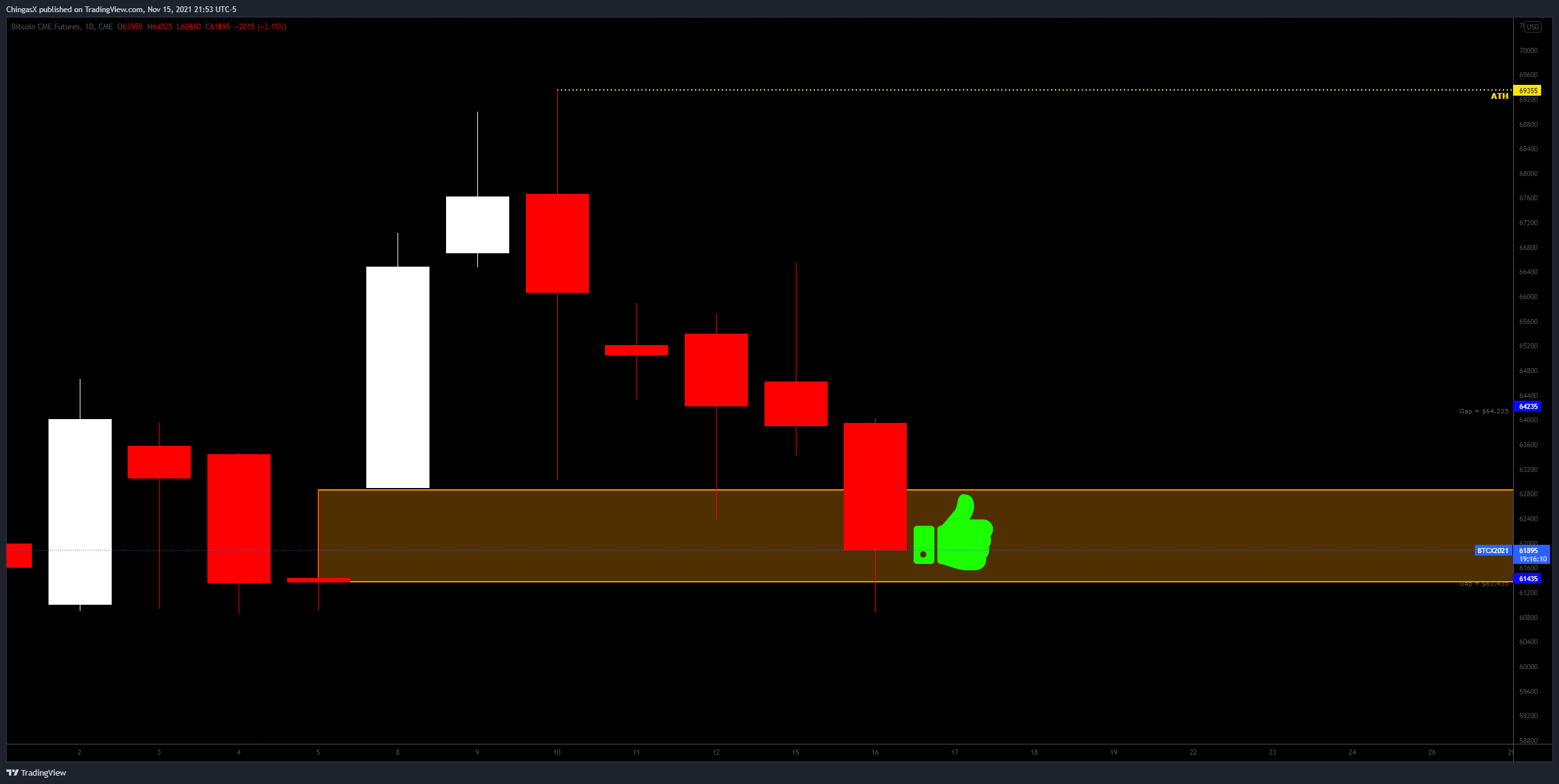 Even though the 12th couldn’t get the job done, they never stopped trying to fill that gap.  Here we are now, November 15th, 8 days after forming the Gap, 5 days after a Brand New ATH, and sure enough… We Filled The Gap.

This gap required an 11.50% move to the downside on the futures chart.  That equals a loss of $7975 from the ATH.  If this article leaves you with only one thing, make that one thing that Gaps can be filled – no matter how unrealistic it may seem. 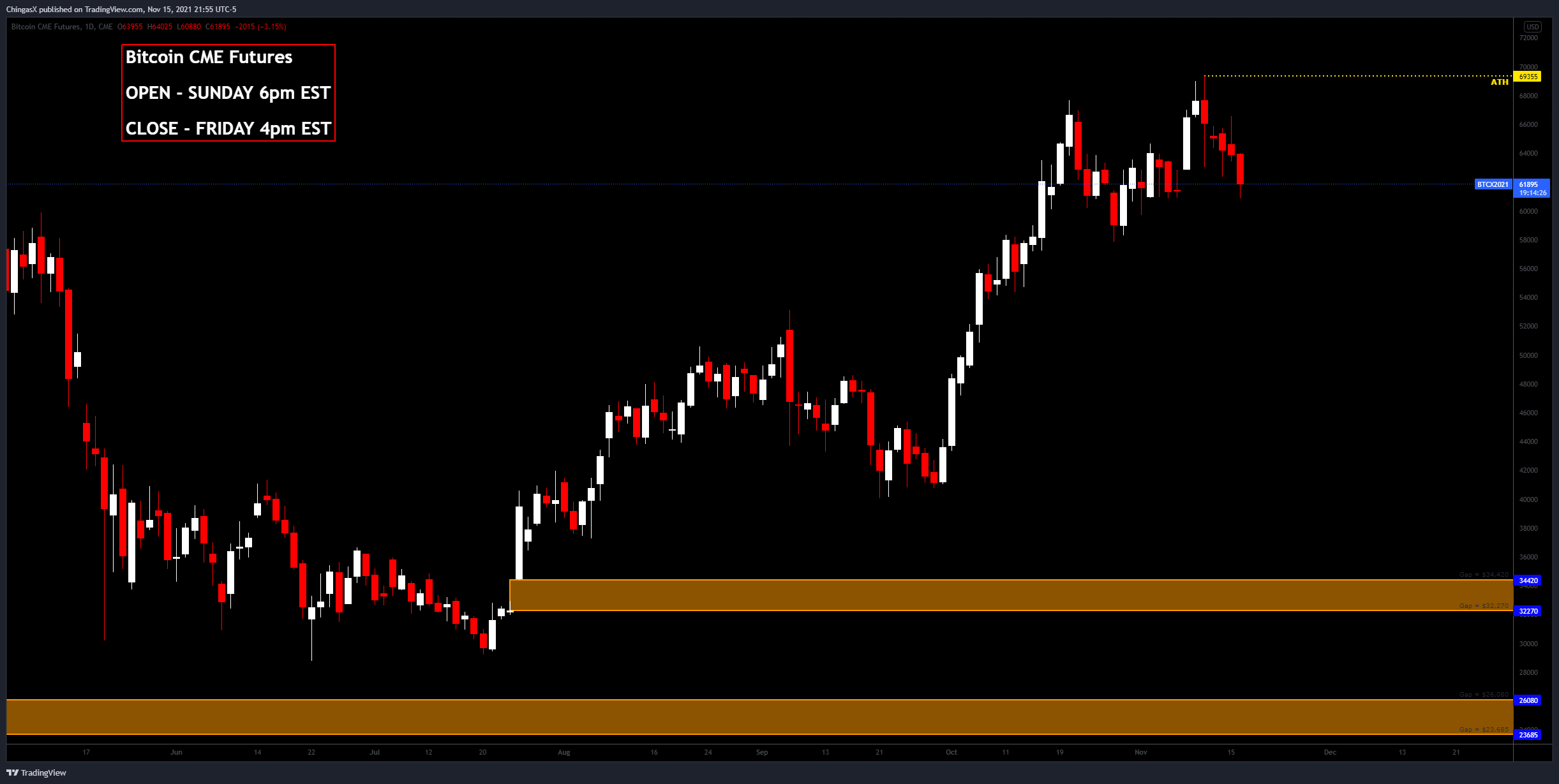 What other Gaps are left?  Glad you asked.  Unfortunately for the Bulls, there are no upside Gaps.  We had a few but they have all been filled.  The next closest Gap we have is a downside gap sitting at $32,270.  Shortly after that is another gap and that one is sitting at $23,685.

We would need to see a 65% loss from the ATH to fill the second gap.  Unfortunately, that is actually pretty realistic as Bitcoin has a tendency to shed 85-90% off the top when its rally is over.  I am not saying the rally is over, I am simply stating that 65% is no problem when it comes to dumptown. 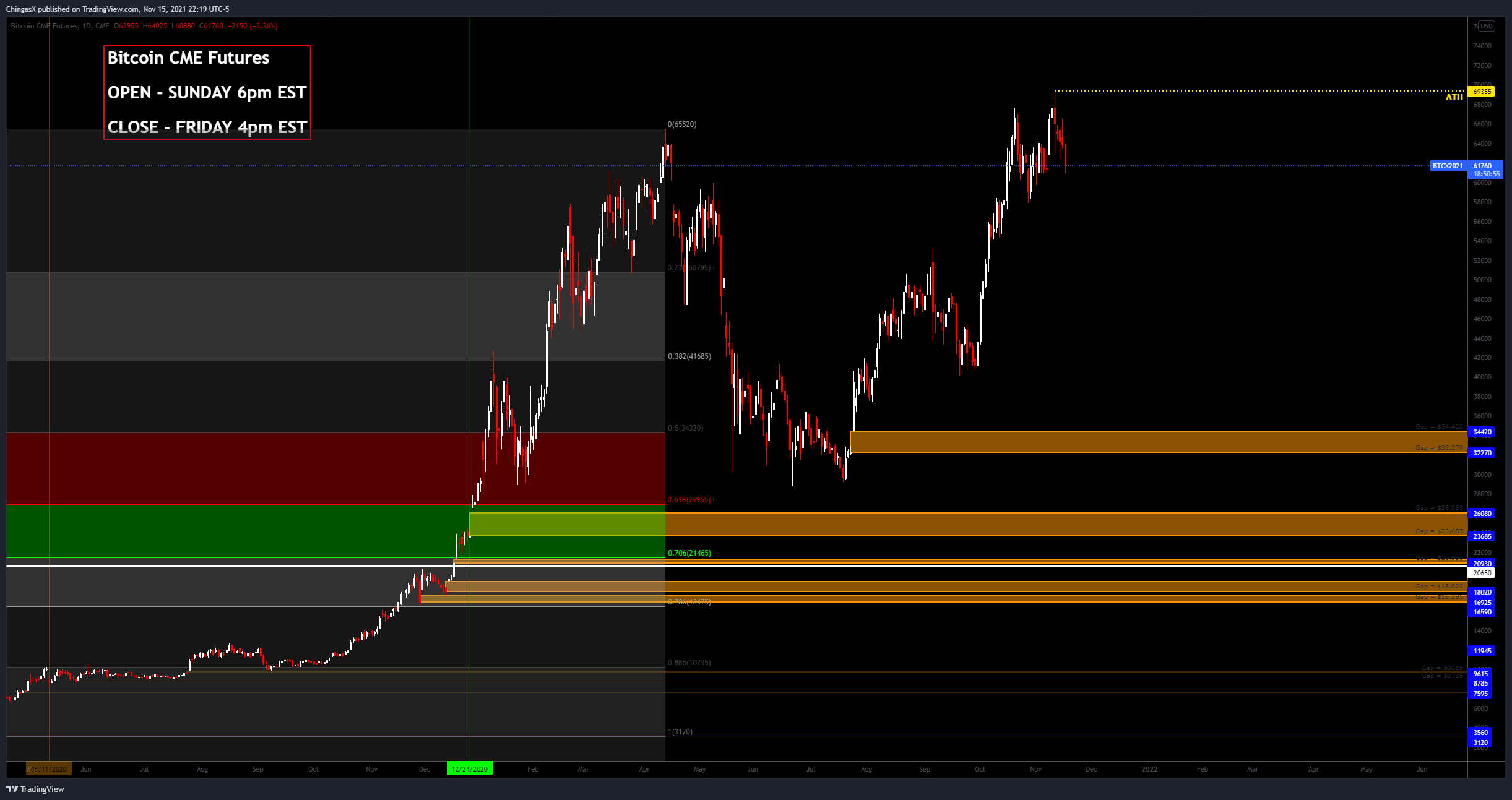 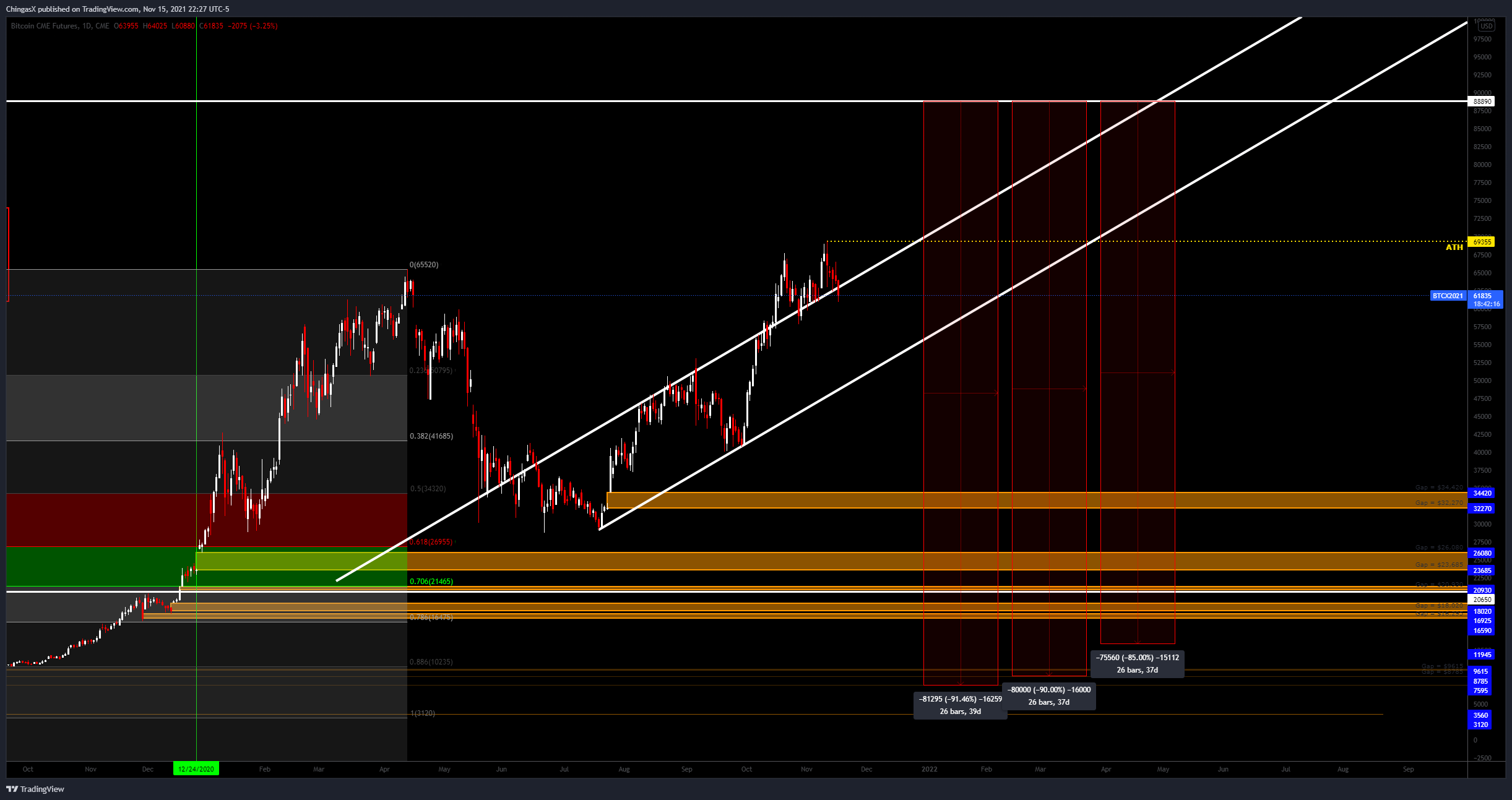 Don’t forget about the flipside to this.  A retest of the High would be a 1070% move to the upside! 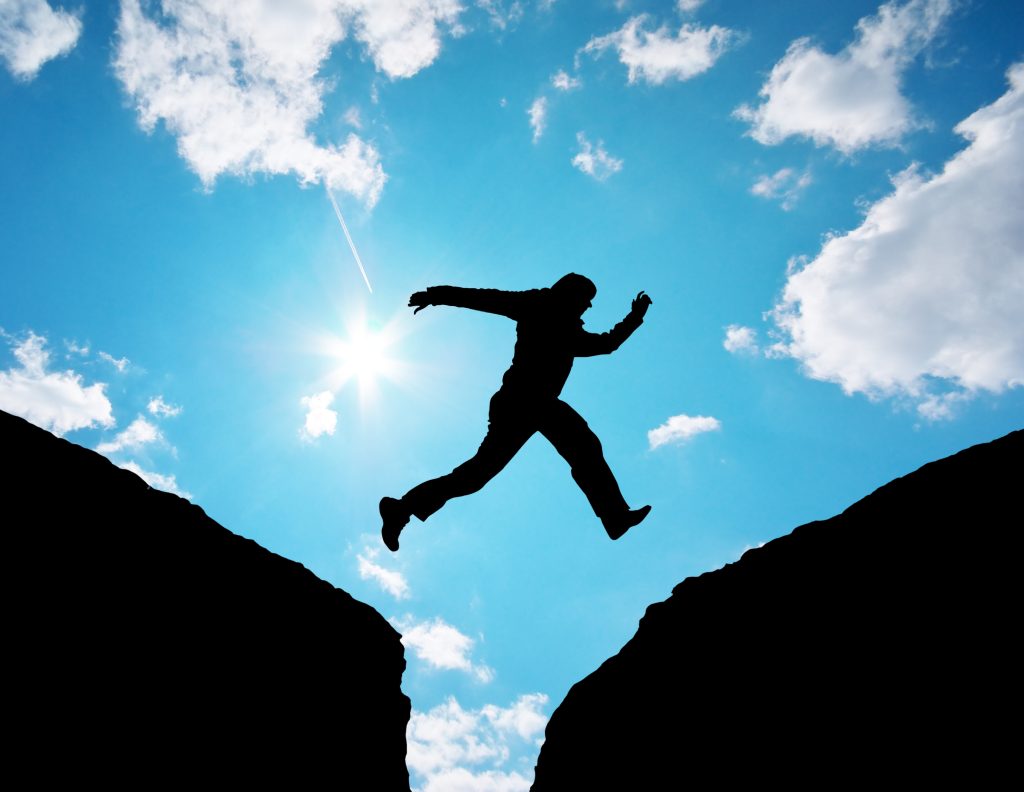 They Keep on Filling I get it… You’re sick of hearing about the Gap Chart.  That is understandable.  If you can reach out to the… 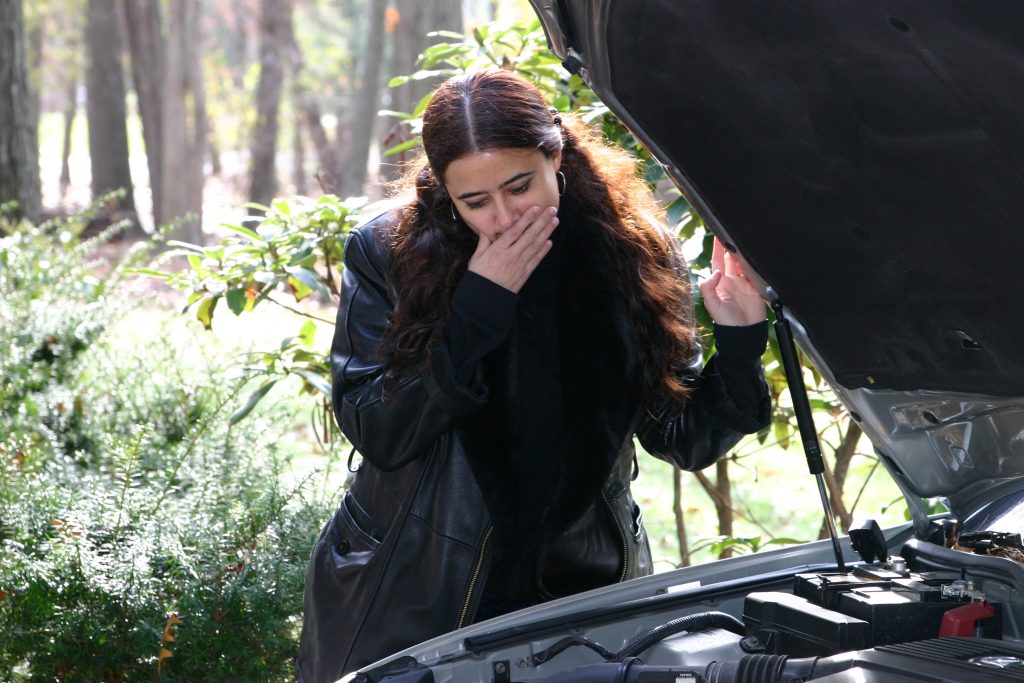 Who Shot the Kneecaps? Bitcoin has the power tp destroy all markets associated with it.  This we already know but it’s the Whales that are…