ONE is back on the radar 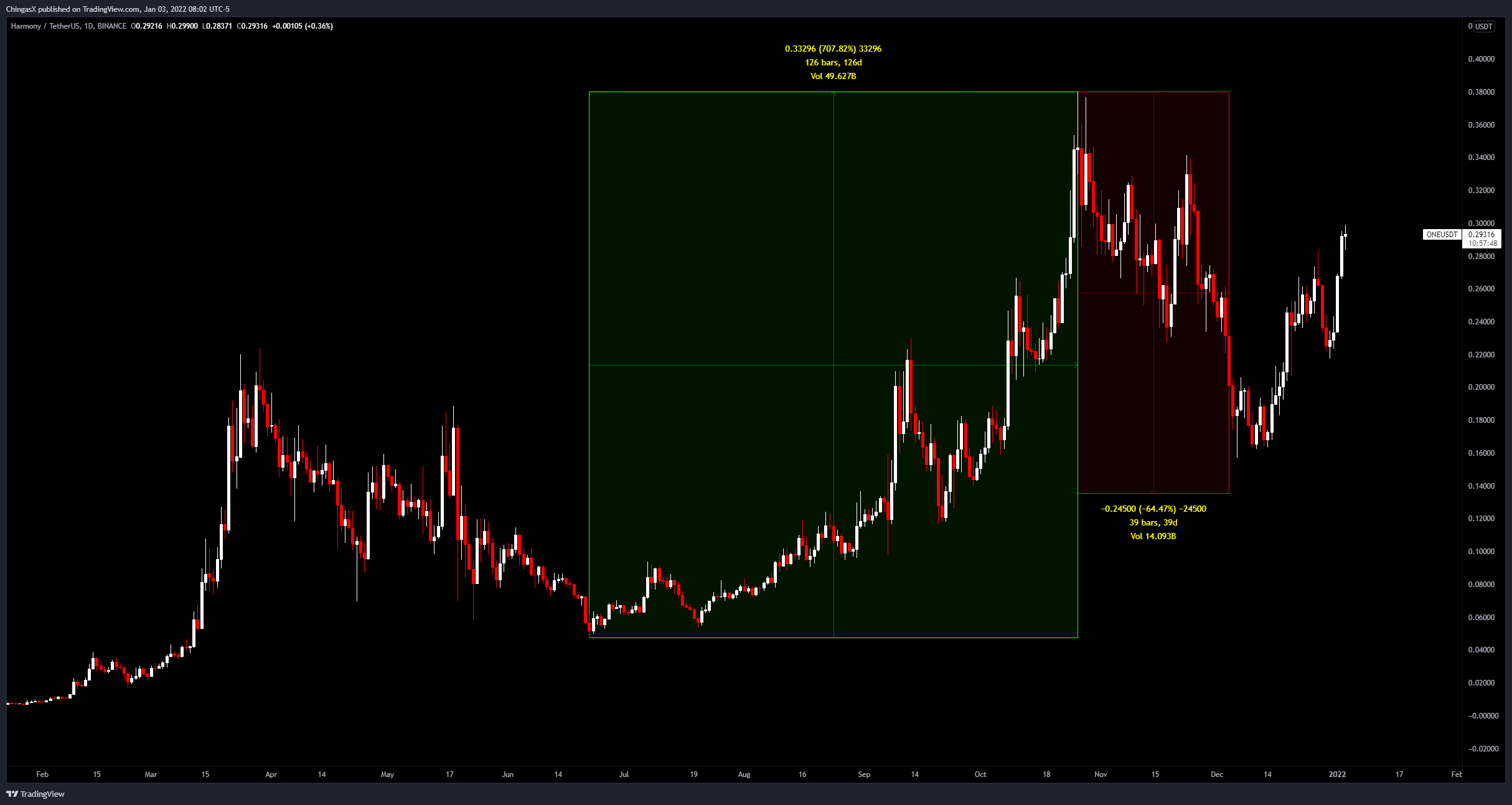 ONE is a token we have mentioned a few times before.  From long time breakouts to Cup & Handles, October was a great month for ONE.  We have a few articles from October that you can re-read if you’d like:

Bitcoin to Thrive or Die

From late June to late October, RUN had a rally that was just over 700% in gains.  This included the Cup & Handle that played out to the target of $0.38. 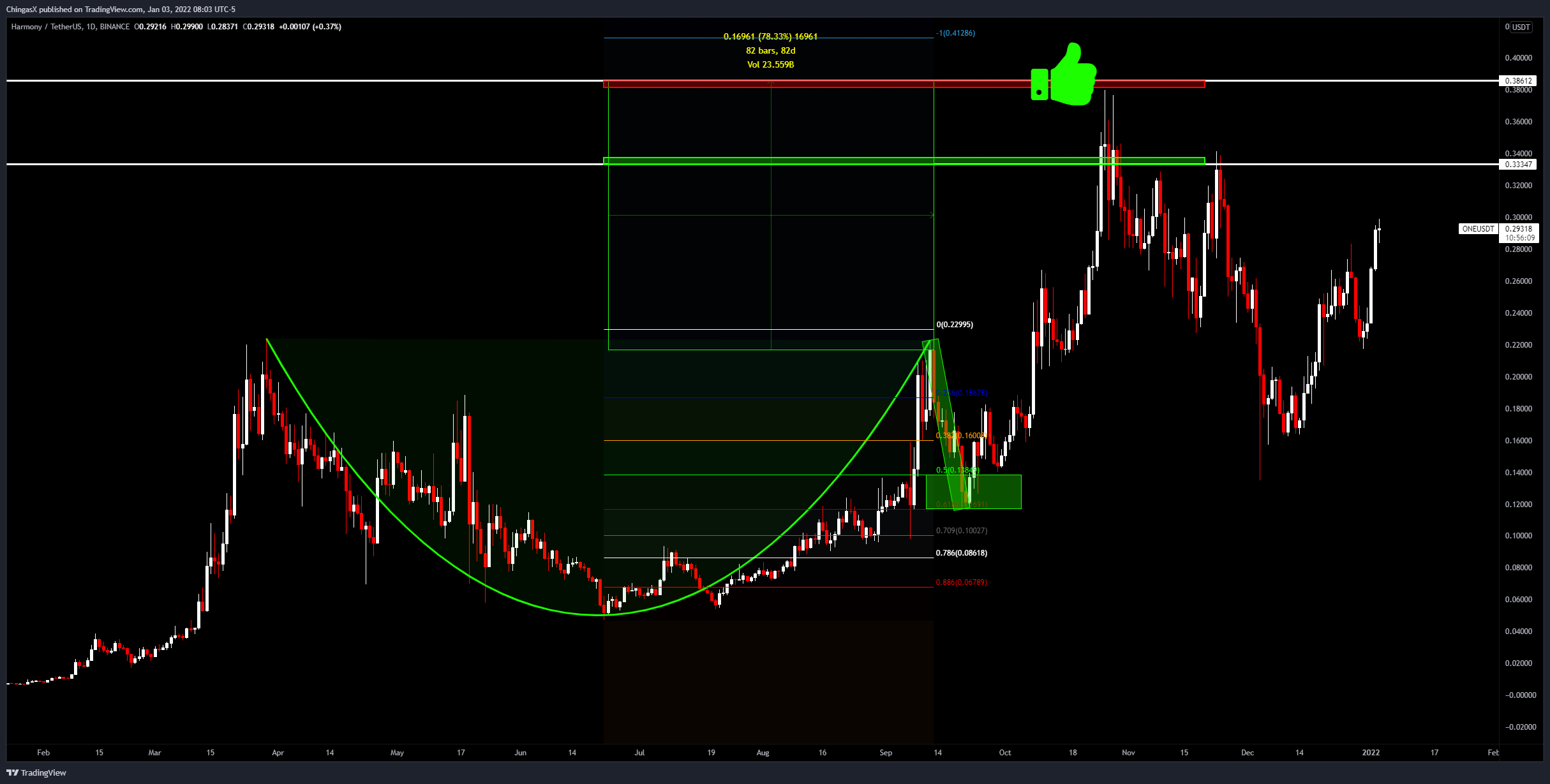 The Rise and Fall 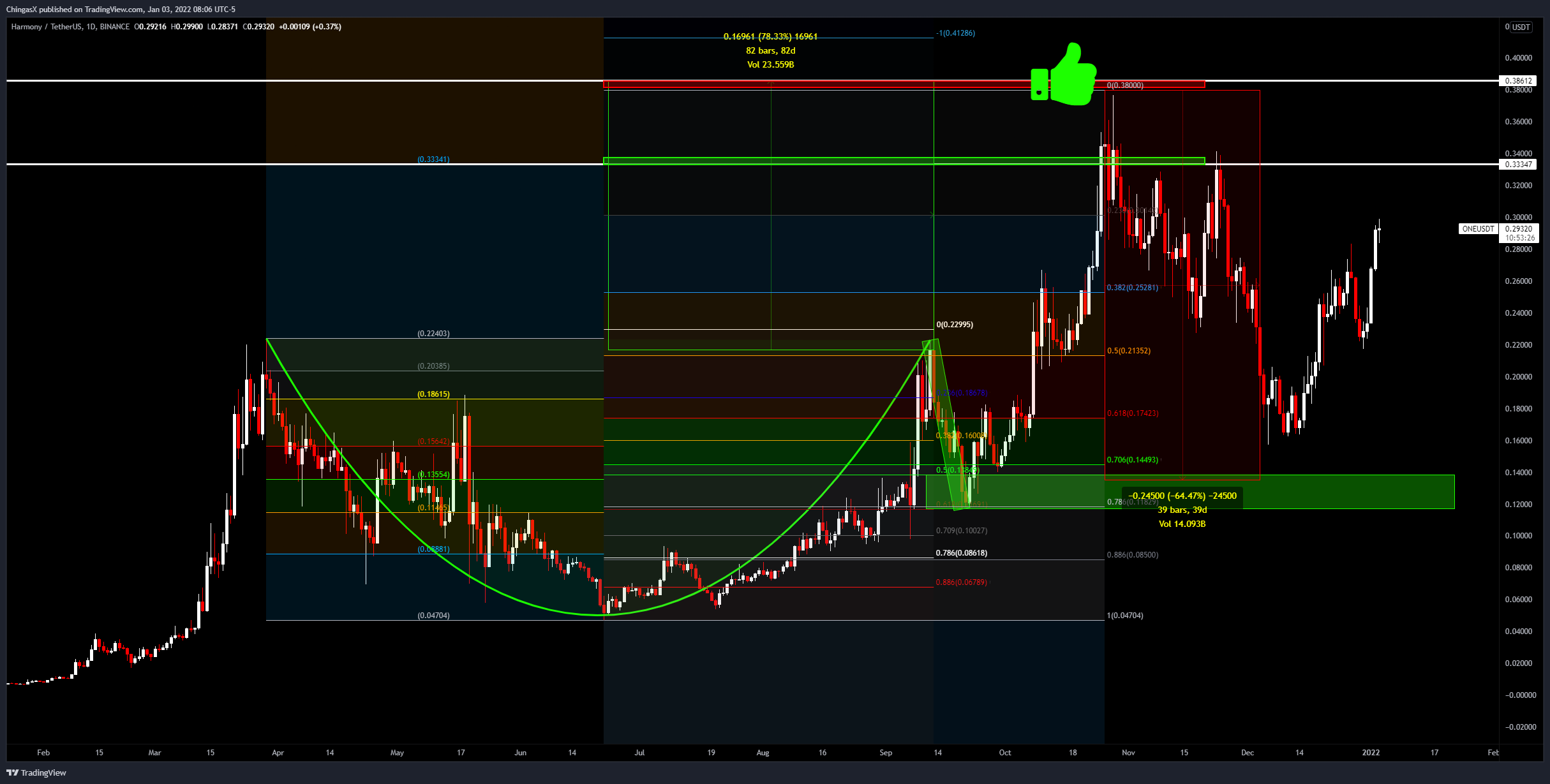 After the Cup & Handle, ONE lost about 65% from the peak high.  The lows that it found support on were essentially the same lows from the pullback of the handle.

The difference with ONE as opposed to so many other assets in the last month is that ONE has been strongly trending upward instead of trading sideways or actively trying to sweep the low wick from late November/early December.

A New Rise and Trend Break 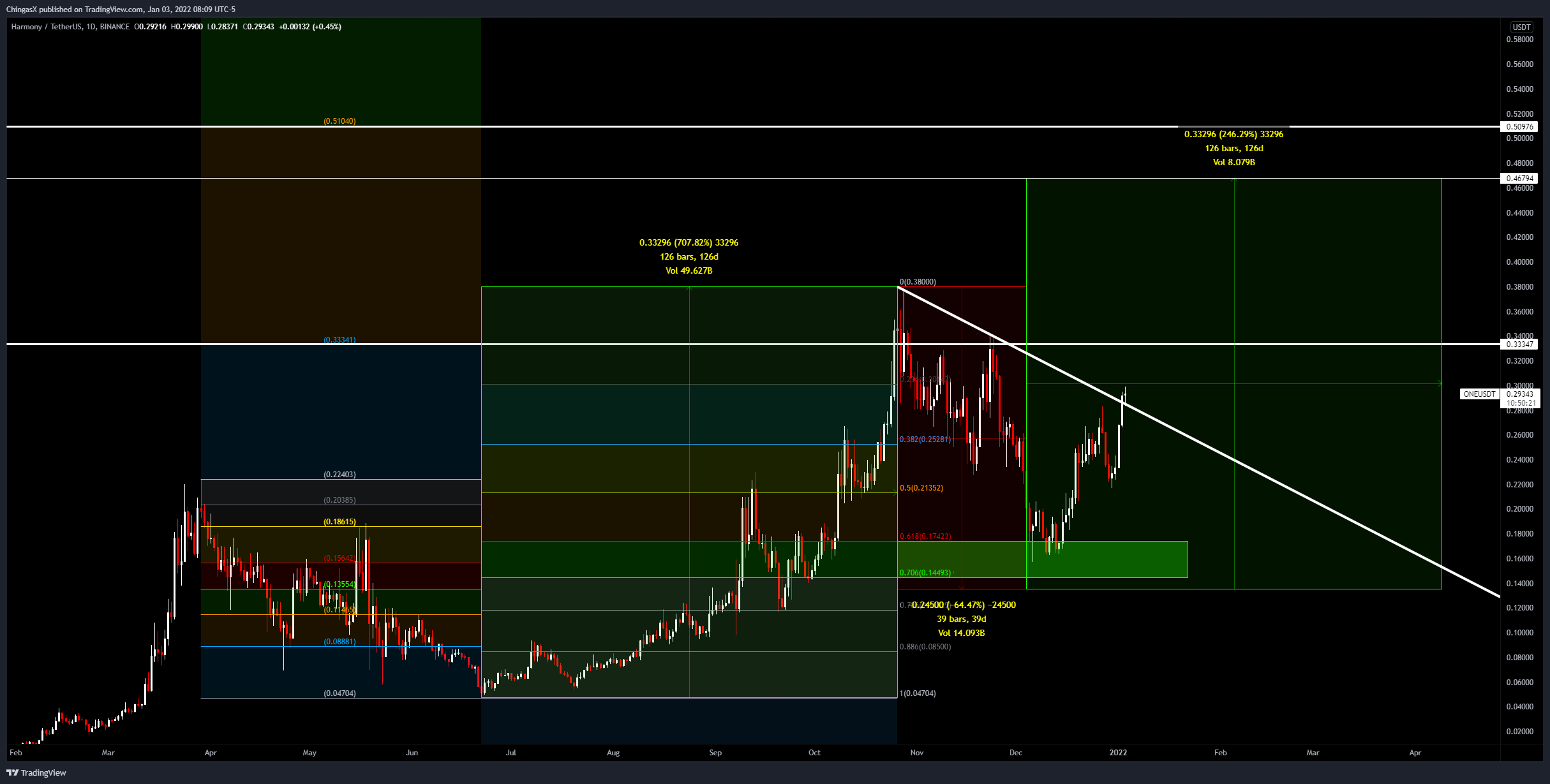 ONE is currently breaking the downward sloping trendline formed from the ATH and the Swing-Fail created shortly afterwards.  This trendline also coincides with the local 618 retracement after making the low at $0.13519.

This can easily just be a push to the local 786 or a retest of the high but if ONE is really getting momentum then we could see a push to $0.46 and $0.50.  These would be new ATHs for ONE and would be a buck to the current market health.