DOT now has a New ATH - What Comes Next?

DOT made a new ATH yesterday and so far today it has come back to retest the high side of the previous resistance zone.  $45-$48 can be considered as a load zone or support zone.  Not all of these coins will give you that opportunity to enter on larger timeframes.  DOT can be watched on much lower timeframes to help get entries on pullbacks. 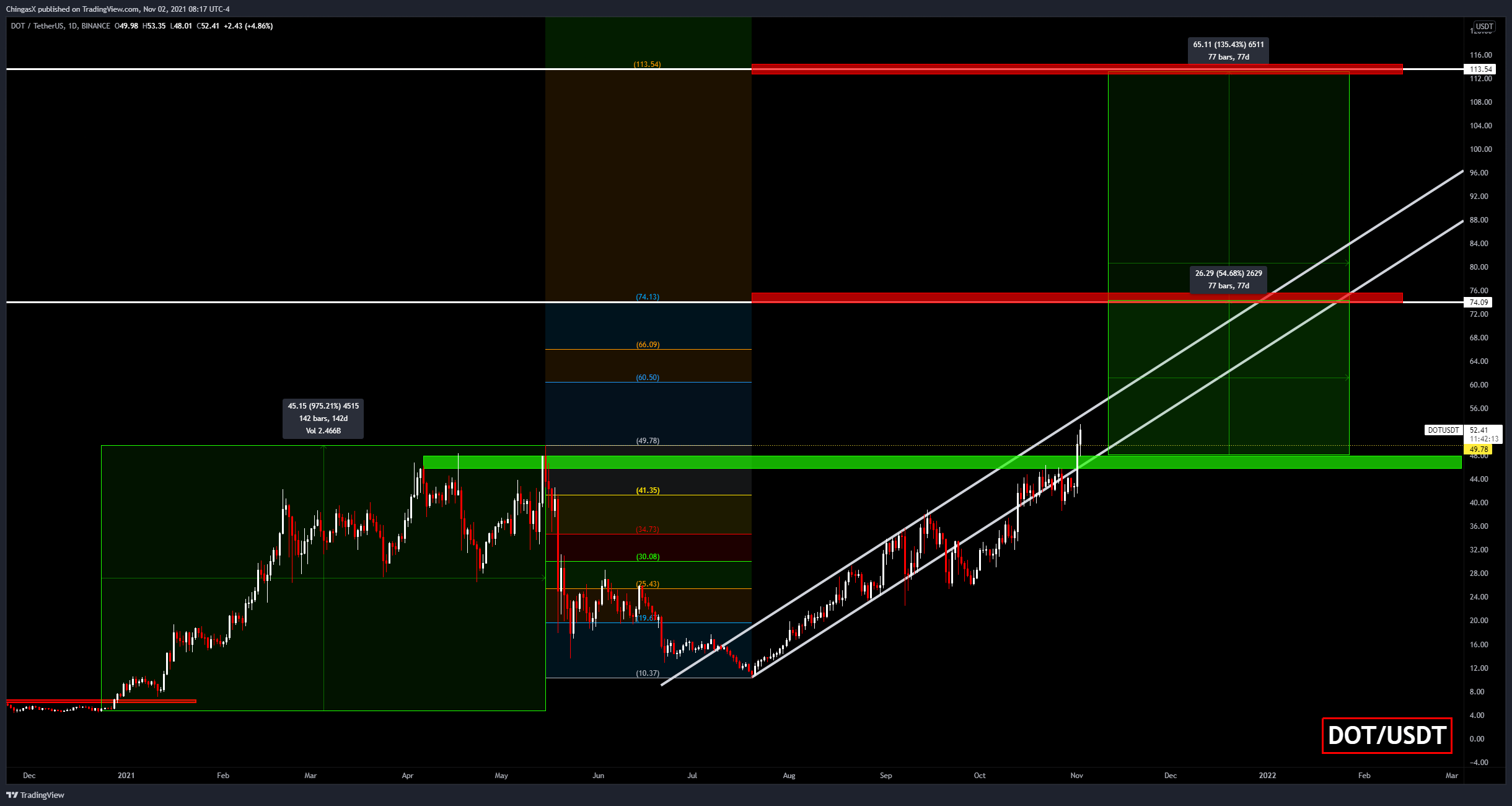 So what is DOT?  Do you even care or do you just want to know it has a potential 2X on its hands?  Let’s briefly talk about what DOT is as understanding the utility of the Token itself can help to add confidence in your trades.

Polkadot is an open-source sharding multichain protocol that facilitates the cross-chain transfer of any data or asset types, not just tokens, thereby making a wide range of blockchains interoperable with each other.

This interoperability seeks to establish a fully decentralized and private web, controlled by its users, and simplify the creation of new applications, institutions and services.

Now we take what DOT is and what has happened recently to the chain and we get a new ATH.  The recent changes come from within the DOT community where they can vote on changes, additions or the overall direction of DOT itself.  The changes had to do with an anticipated feature called parachains. 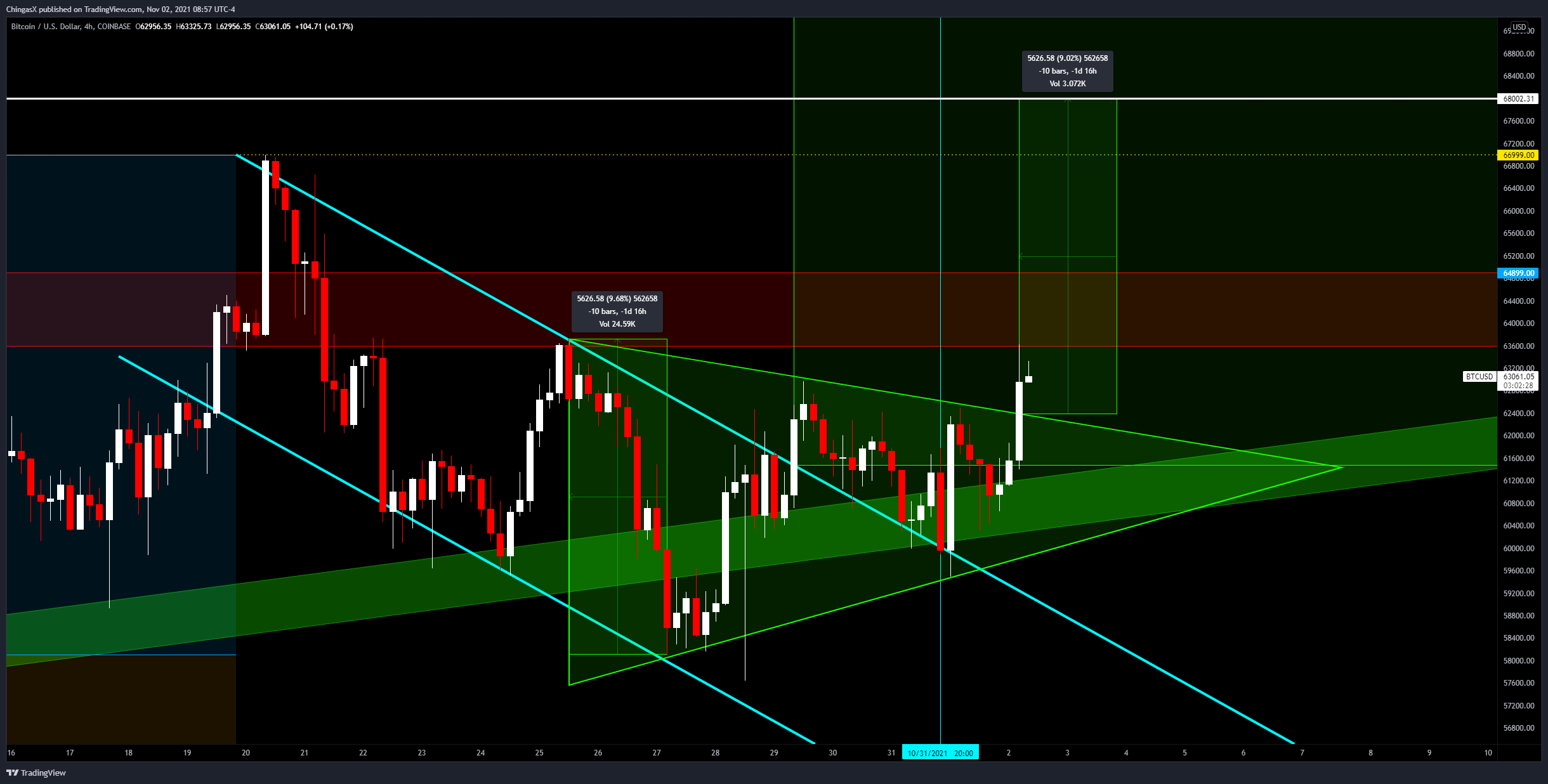 Bitcoin is currently showing a smaller timeframe (H4) Symmetrical Triangle that can lead to the beginning of a Daily Bull Flag.  The H4 Sym-Tri has broken out to the high side in the previous 4-Hour period.  This leads to a target near $68,000.

The larger Daily Bull Flag broke out a few days ago and has been walking down the upper downward sloping trendline ever since the initial retest.  We are now trading over the initial breakout point which adds more confidence to the larger Bull Flag.  That flag has a potential target for Bitcoin at $88,888. 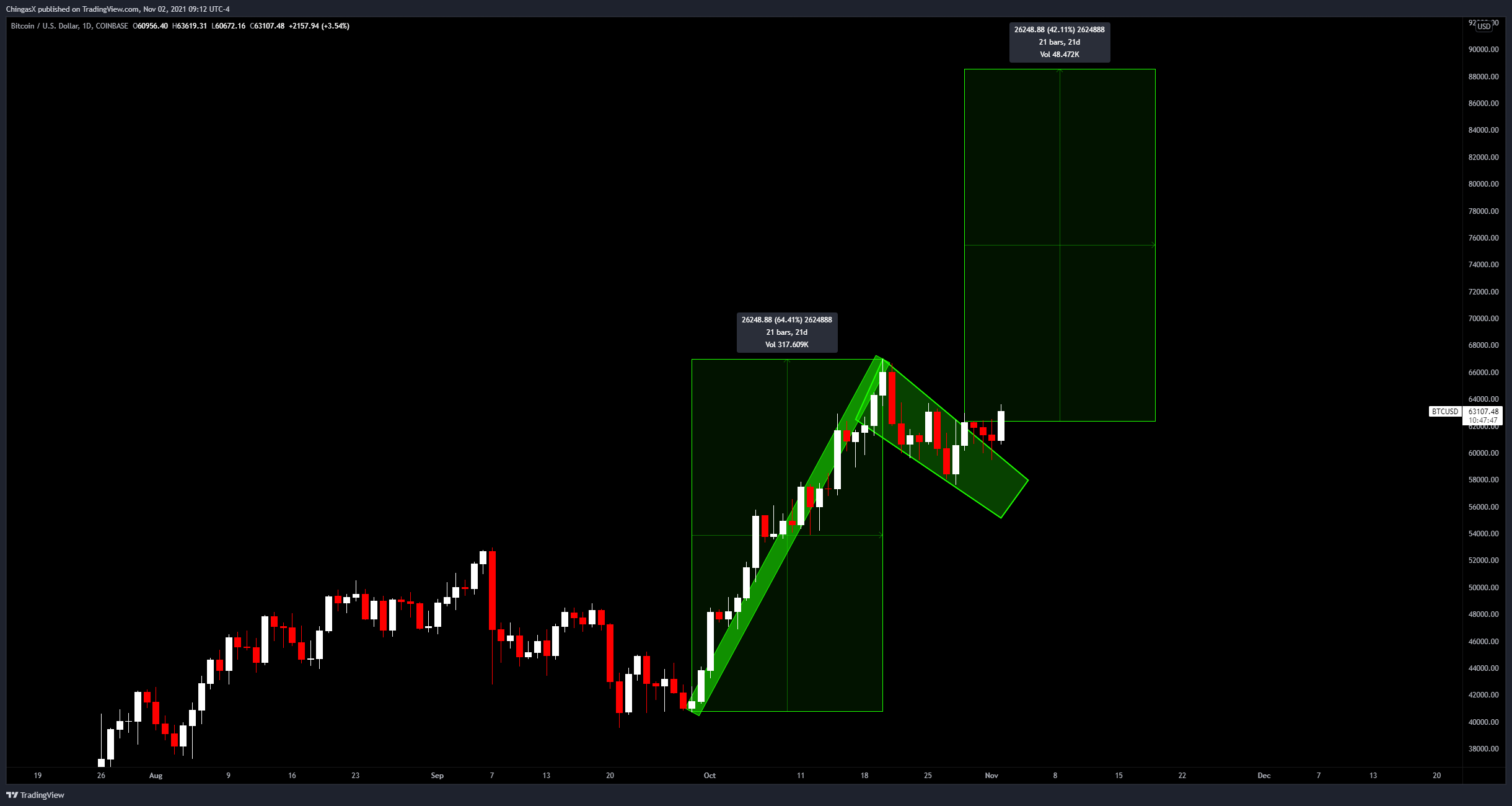 We are still very much watching SAND, MANA, and CHR.  With the addition to DOT, which we have spoken about earlier in this post, we have ANKR that we talked about a few days ago and LRC.

ANKR initial retest was denied yesterday in the low $0.13 zone.  Today we saw a push to $0.163 but that was also swiftly denied.  The thing to note here is the continued trading above $0.13.  This is the type of confirmation we are looking for to help net the larger move. 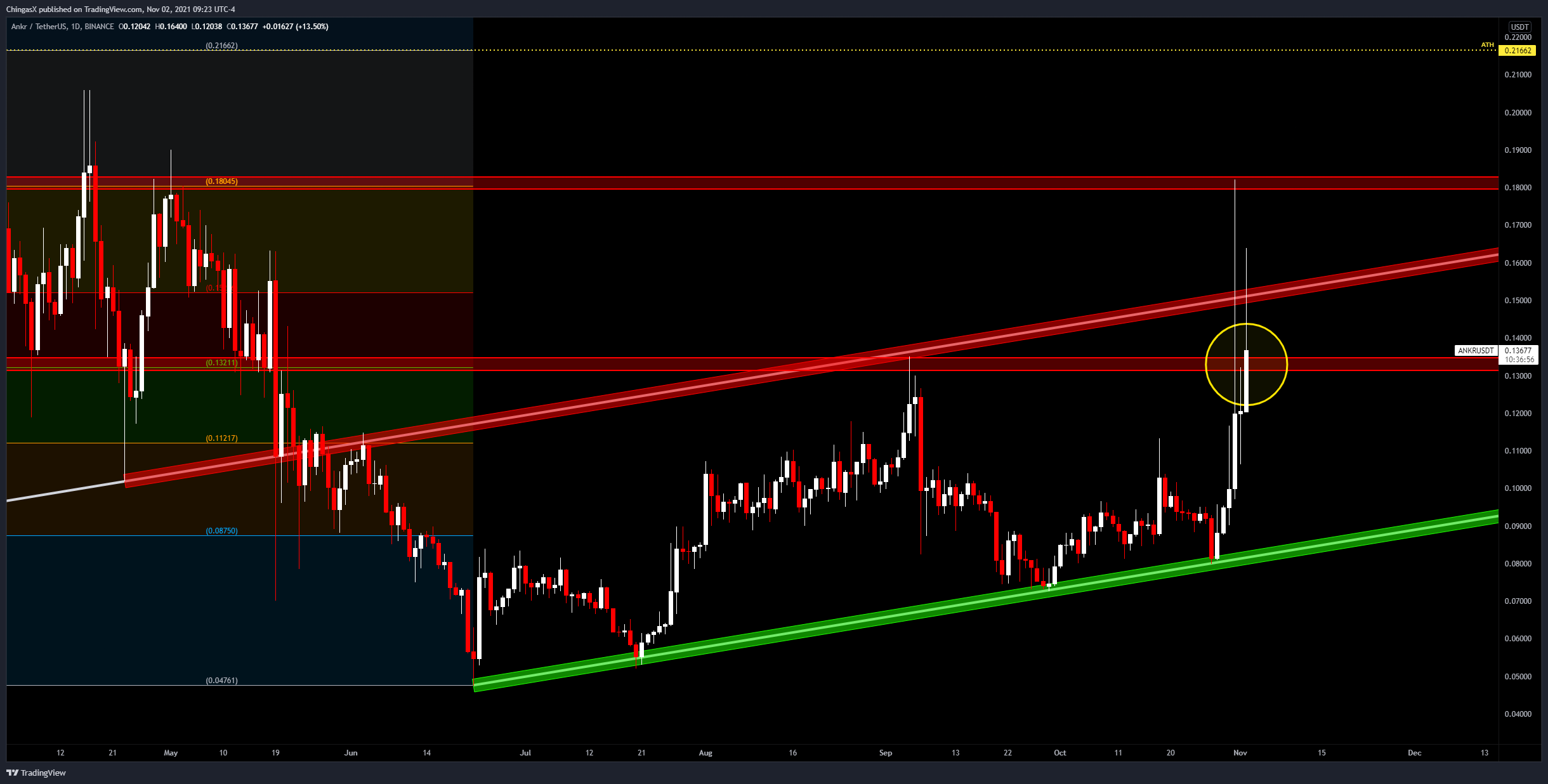 LRC: LRC is the Ethereum-based cryptocurrency token of Loopring, an open protocol designed for the building of decentralized crypto exchanges.

What you see on LRC is what could happen to DOT in regards to the ATH being broken and only a very shallow retest of previous resistance.  LRC is up an additional 30% today, adding to its explosive 61% move yesterday.  Once again, this may only give shallow dips but if it cools off then the $0.888 area still looks good for reloading.  The next major target looks to be around $2.04. 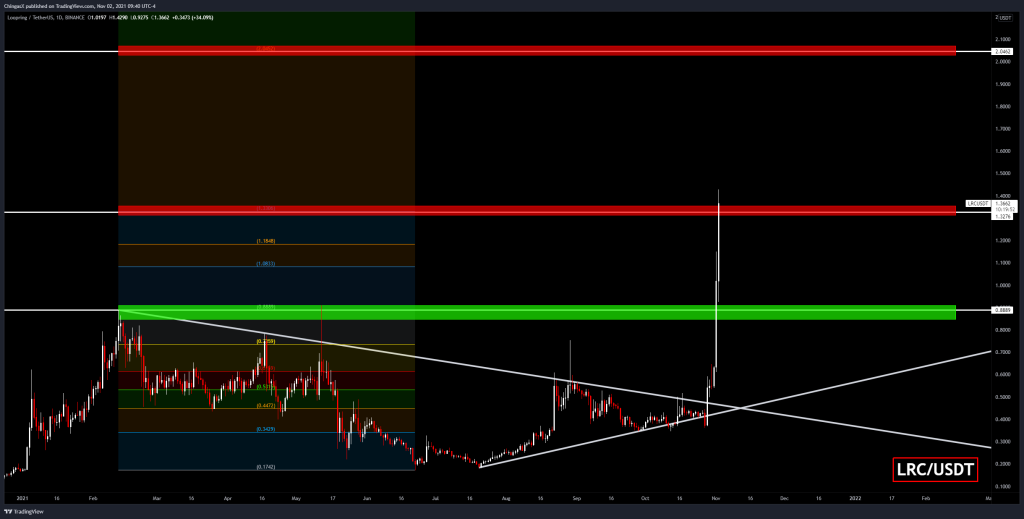 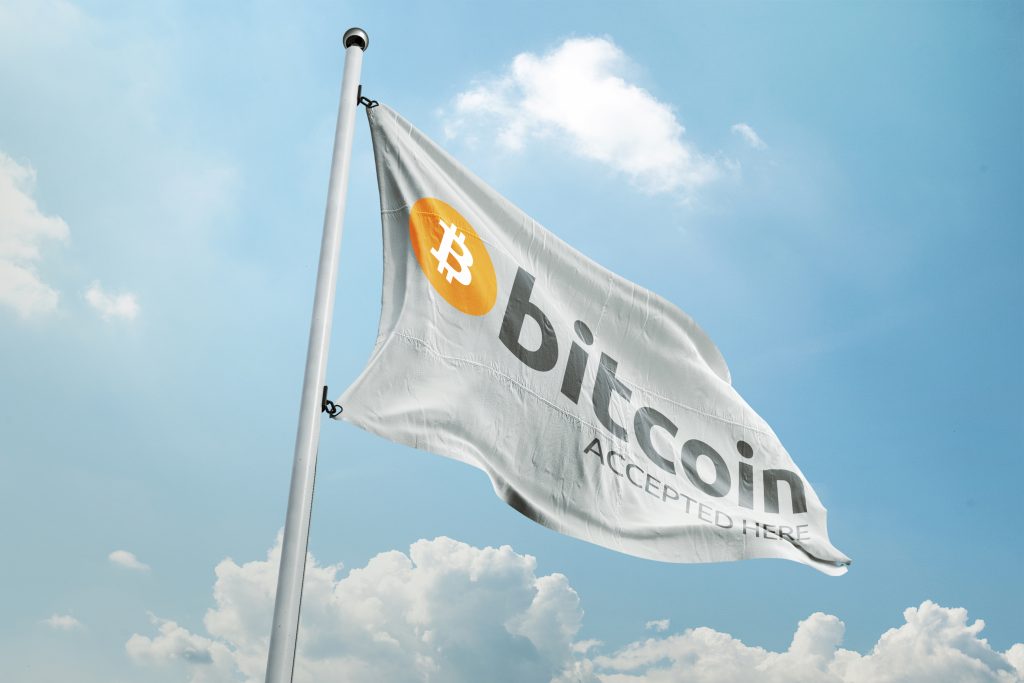 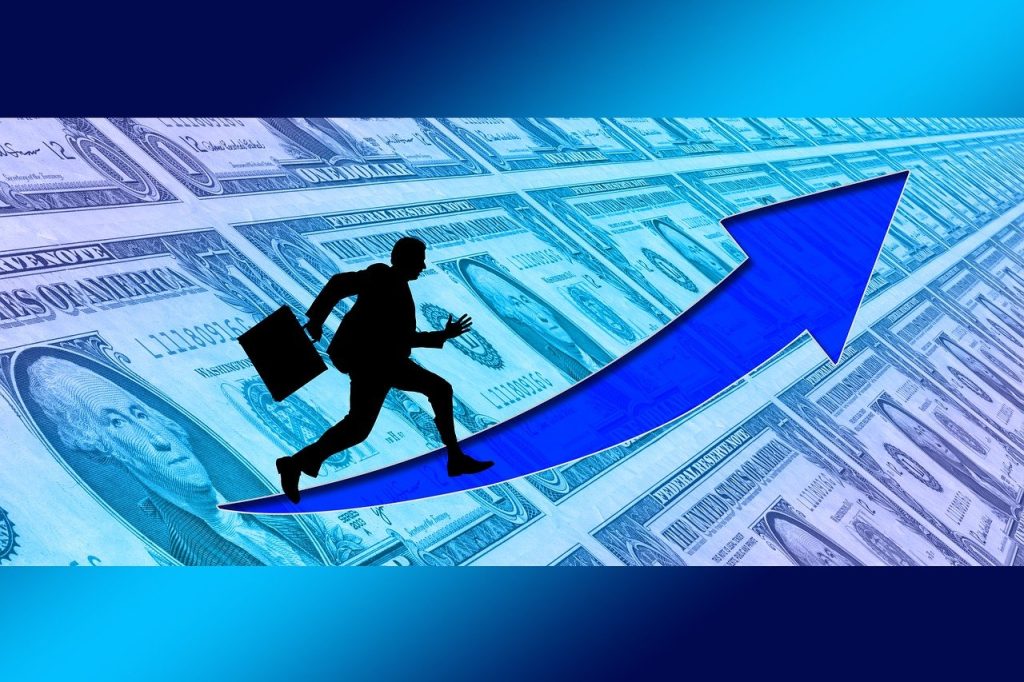 Bitcoin Dominance Dropping – The Alts are Grateful For the first time in quite a few days, we can see some life in the T-25…