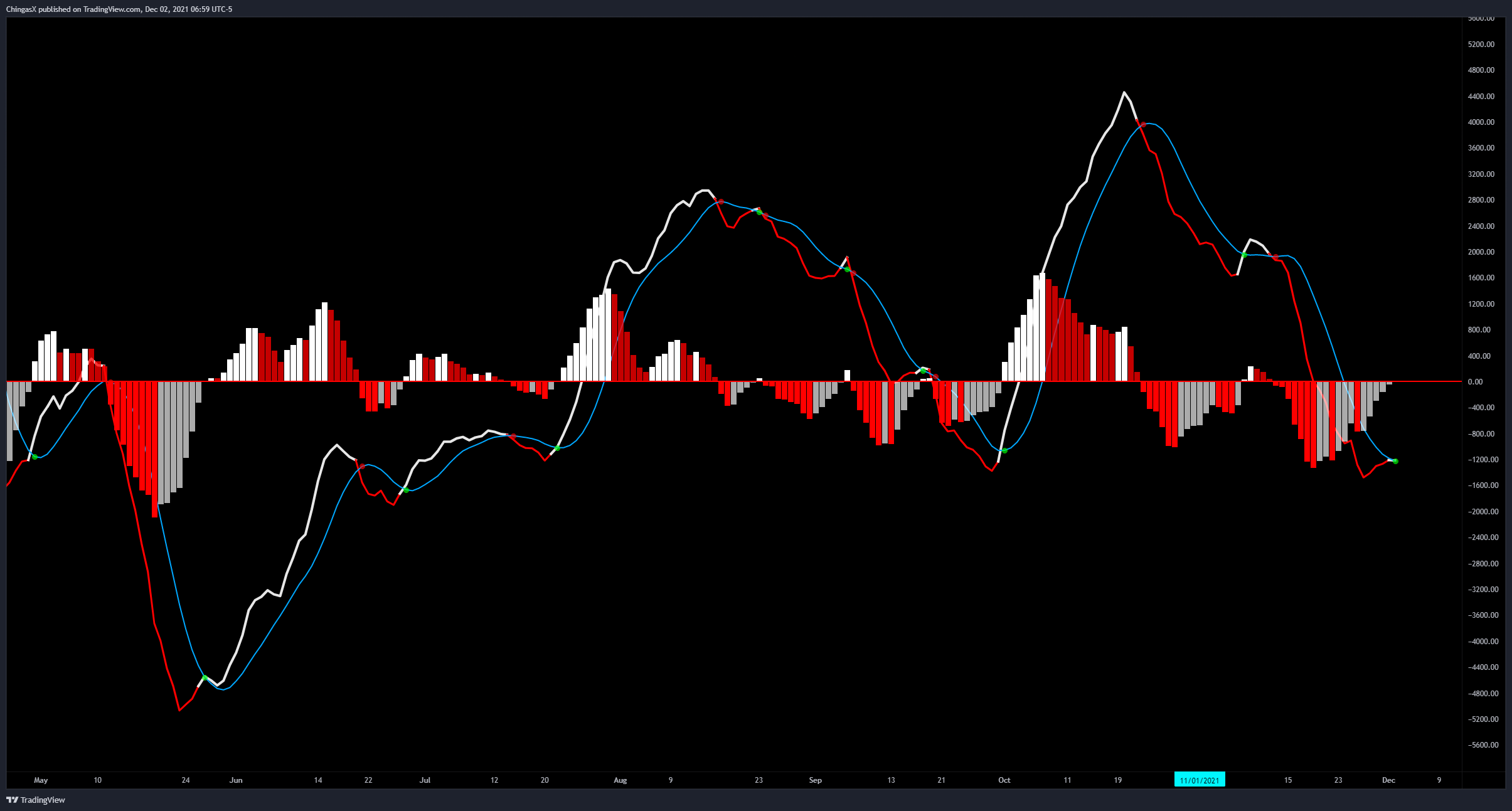 The MACD is short for Moving Average Convergence Divergence and is a very popular indicator amongst traders.  We will not spend the entire morning talking about the MACD but instead we will just cover a brief overview of how traders use this indicator.

Visually, the MACD looks as tho there is a lot happening but that can be easily simplified.  At its core, the MACD is made up of 2 lines that are constantly chasing each other.  Sometimes these lines are very close to each other and sometimes they are very far away from each other.  The distance they are from each other is represented in a Histogram that sits on what is called the Zero Line.  We can think of this line as the separation between Bullish and Bearish.  Just on a very basic global sense – if the MACD is above Zero – the asset is in a Bullish trend and if the MACD is below Zero then it is considered to be in a Bearish Trend. 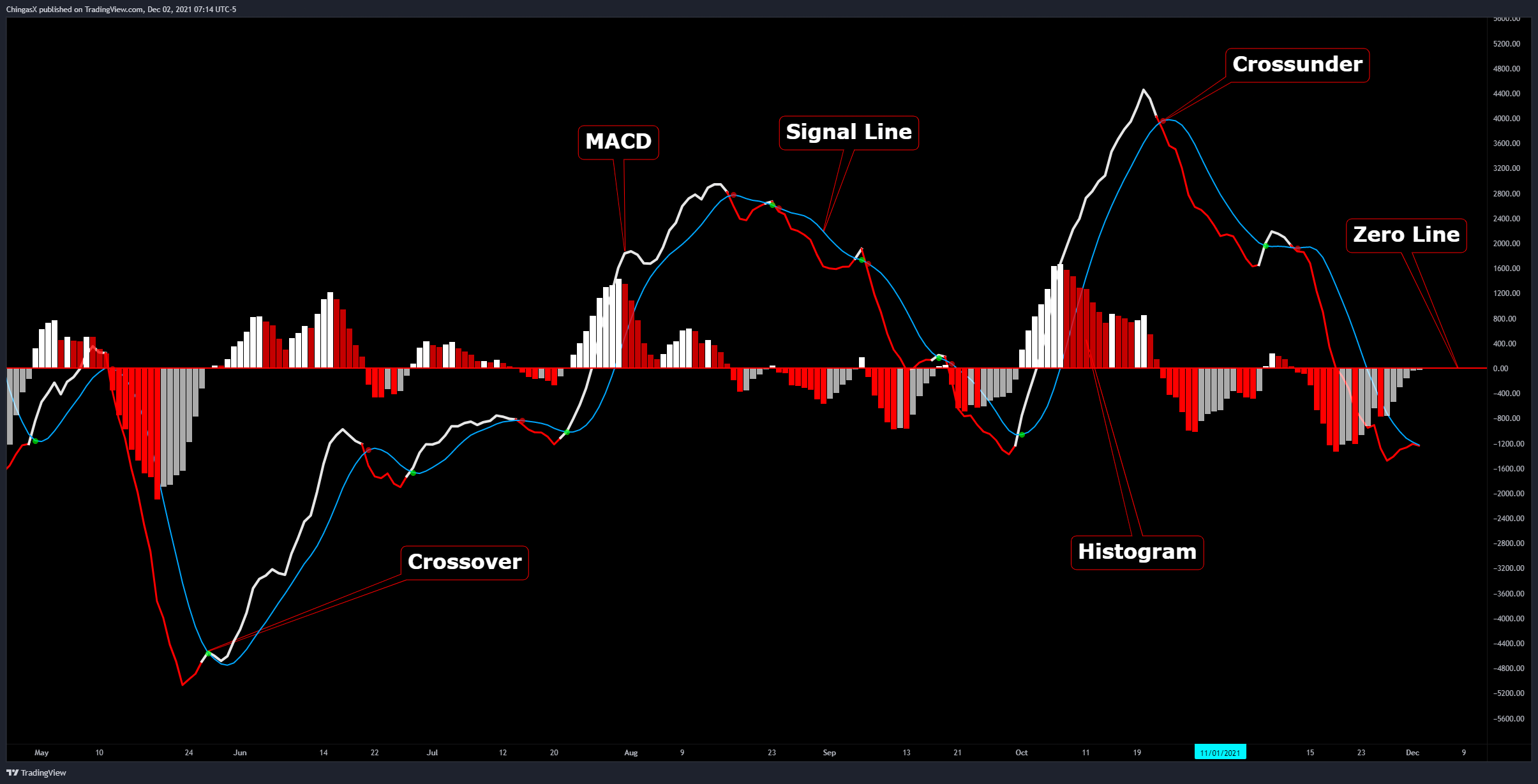 Now that we have a majority of the basics out of the way, who cares?  Great question.

The MACD is right up there with the RSI, Volume and Moving Averages when talking about the most popular indicators for technical analysis.  Because it is so popular, it becomes relevant – regardless of whether it shows good information or not.

Consider an indicator that randomly selects triggers for BUY and SELL.  Based of of absolutely nothing, you would assume this has no relevance.  BUT, if 80% of traders blindly start to Buy when it says Buy and Sell when it says Sell, well, all of a sudden it becomes the most important indicator of your career.

Anyway, the MACD is not that popular but it’s popular.  It’s actually useful as well.

Traders use the MACD for confluence of trend reversal or trend continuation.  While in an uptrend, the MACD serves as a way to identify pullbacks and also a way to get back in at the end of a pullback.

Just a thought - Wait for confluence and confirmation 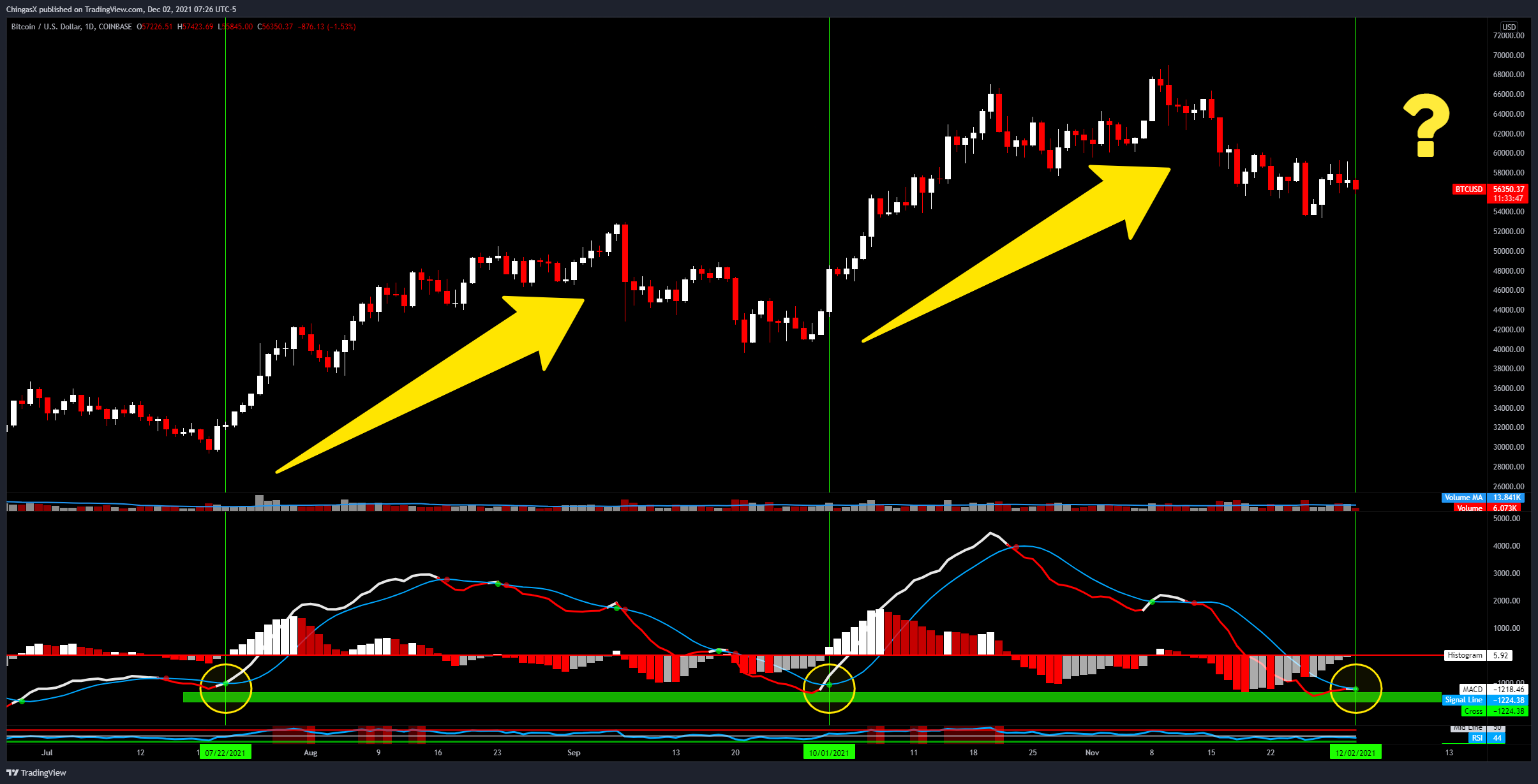 All indicators should be used with some type of confluence or some other form of Technical Analysis.  That should go without saying.

The MACD is also always moving and will only be considered a useable data point until the Daily Candle Closes.  So, we will see the green dot for the crossover show up and disappear throughout the day, depending on current price action.

What we will look for is for the MACD to close the Daily above the signal line and then we would like to see some movement in price on the following day.  Just because an indicator flashes a buy signal, we don’t buy but we absolutely take a closer look at the chart because OTHER Traders may buy! 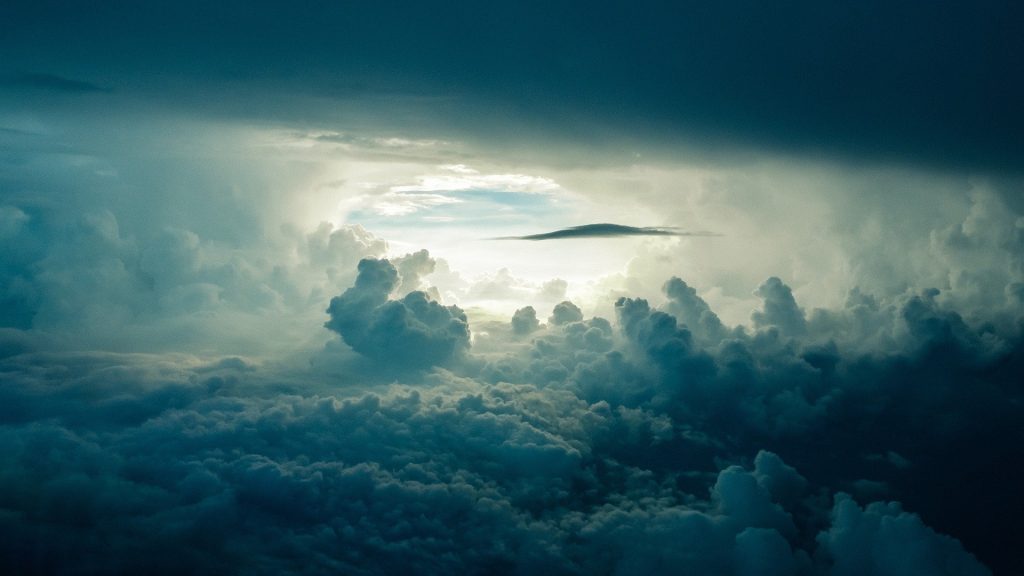 What is Bitcoin Doing? The Million Dollar question asked One Million times a day: What Is Bitcoin Going To Do Next? Well, it’s a great…