Curve is a decentralized exchange for stablecoins that uses an automated market maker (AMM) to manage liquidity.

Launched in January 2020, Curve is now synonymous with the decentralized finance (DeFi) phenomenon, and has seen significant growth in the second half of 2020.

In August, Curve launched a decentralized autonomous organization (DAO), with CRV as its in-house token. The DAO uses Ethereum-based creation tool Aragon to connect multiple smart contracts used for users’ deposited liquidity. Issues such as governance, however, differ from Aragon in their weighting and other respects. – CMC 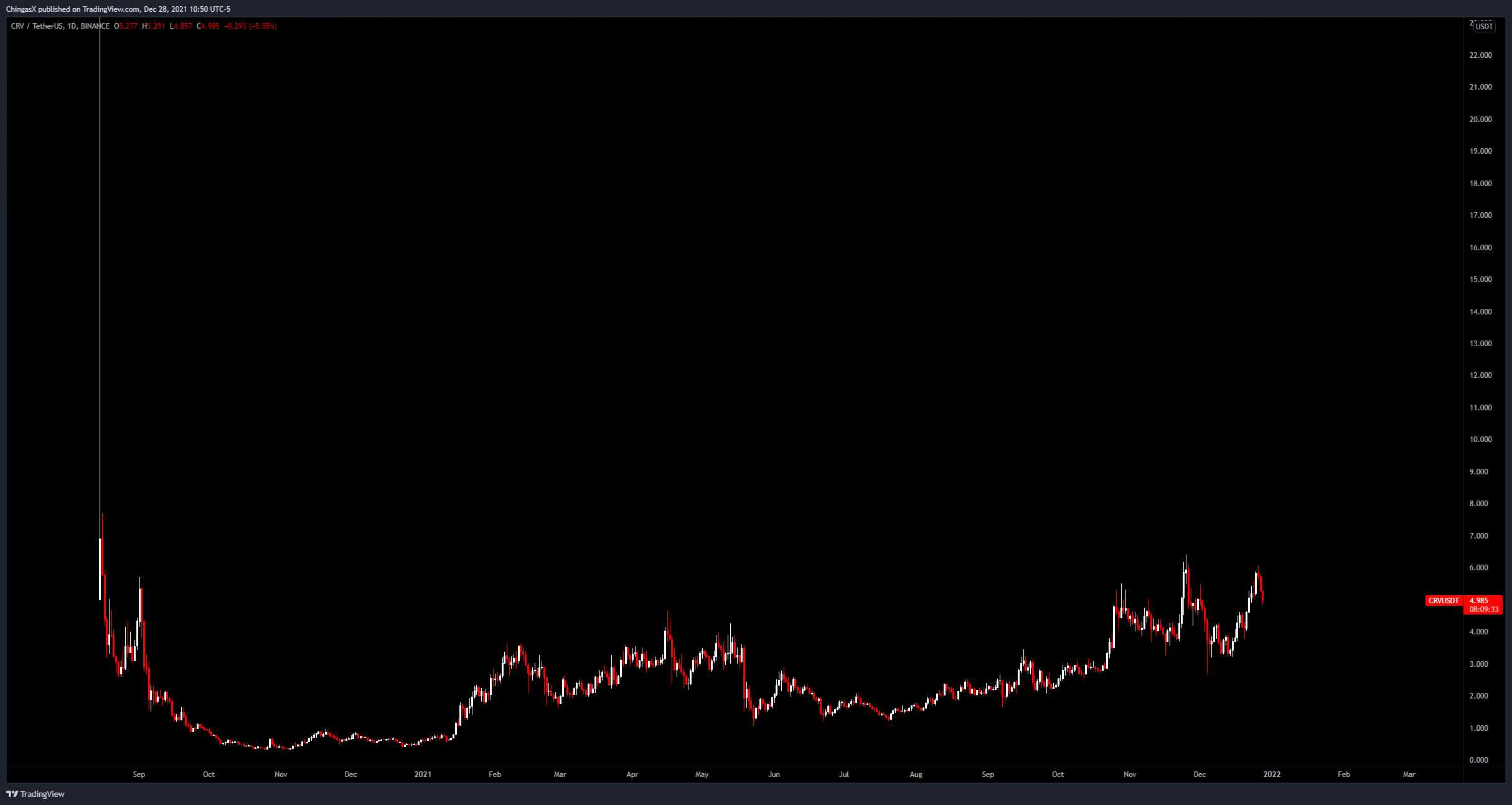 Like so many others, that would be the top for CRV for quite some time.  CRV went on to lose over 77% and head back down to the top of the initial range around $1.05.

192 days after the new ATH was made back in April, CRV pushed once again to new heights.  This was in line with the rest of the market for the Halloween rally.  CRV topped out this time at $6.399.

This recent move allows us to take another look at a potential leg and a full on reversal that could explode CRV near $20 a piece. 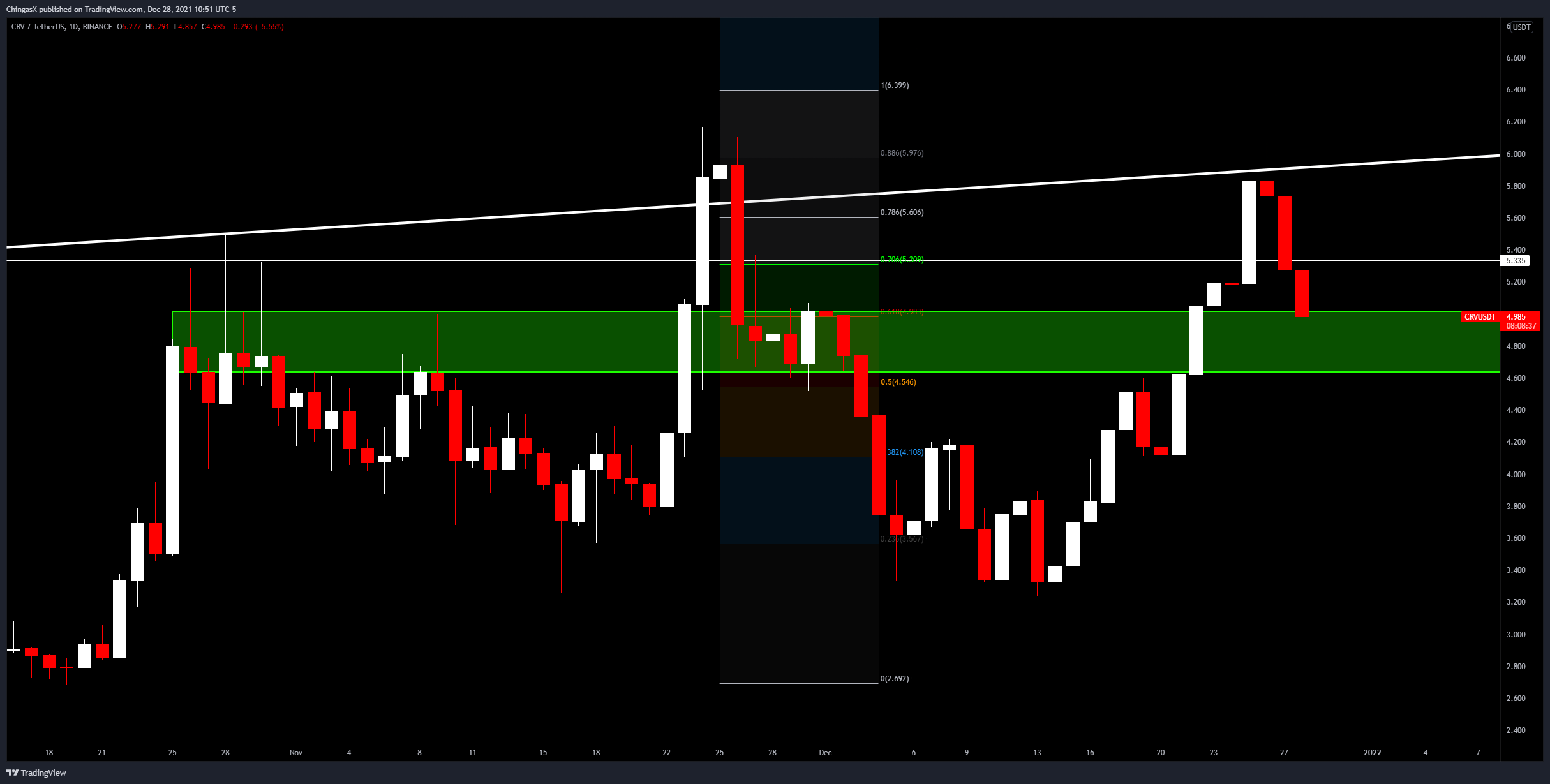 For starters, the Support…

Although CRV has absolutely destroyed this local support in recent days, it still shines as the best possible local Support Zone.  We can add trends to the lows prior to this action but those haven’t been respected much at all either.  The overall price action of CRV is unfortunate as it’s a total mess.  This makes trading it in any traditional format almost useless. 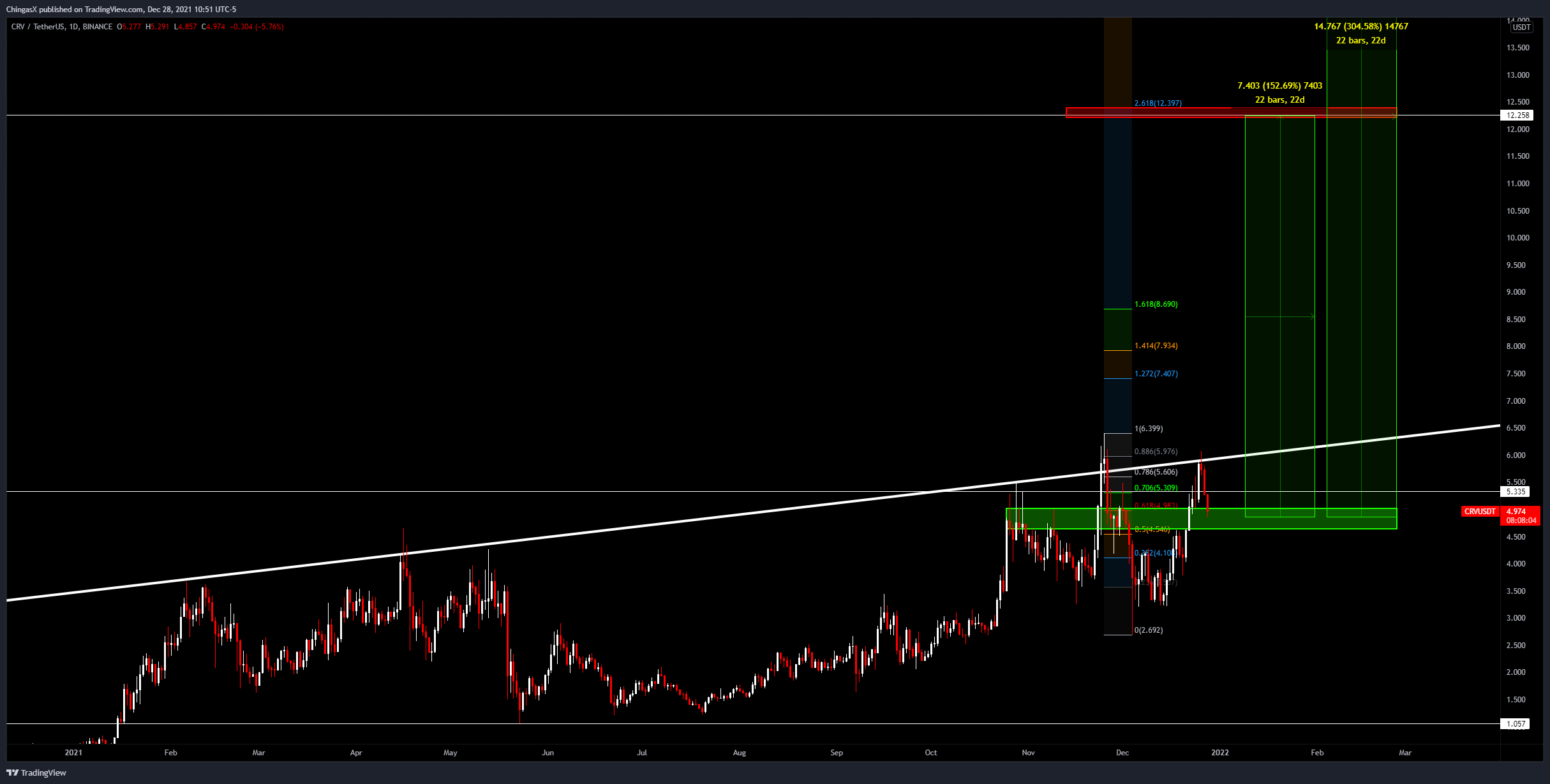 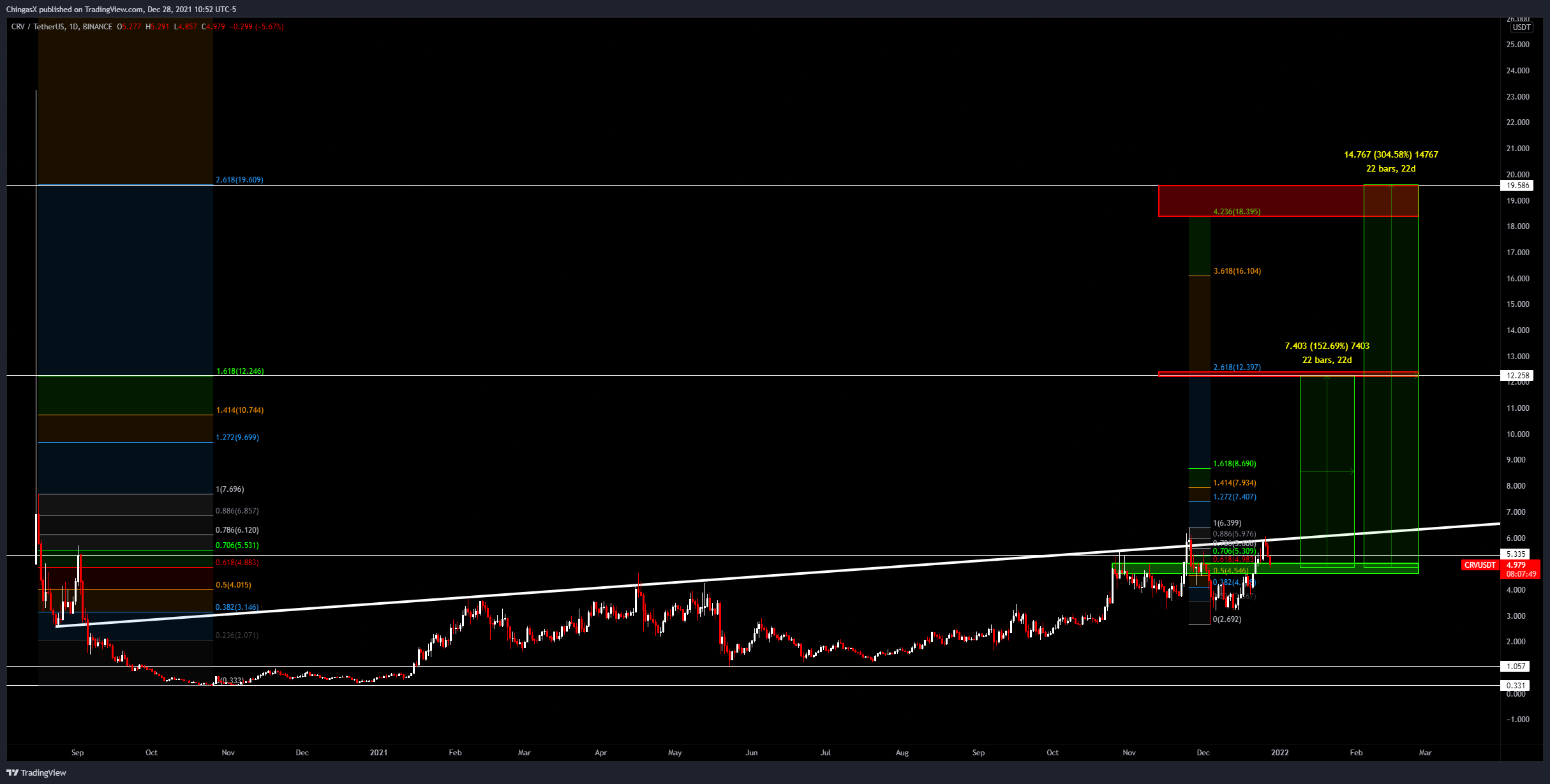 If CRV is to go all out with a massive bullish rally then we can see a push between $18.40 and $19.60.  This area falls back on older price discovery targets.