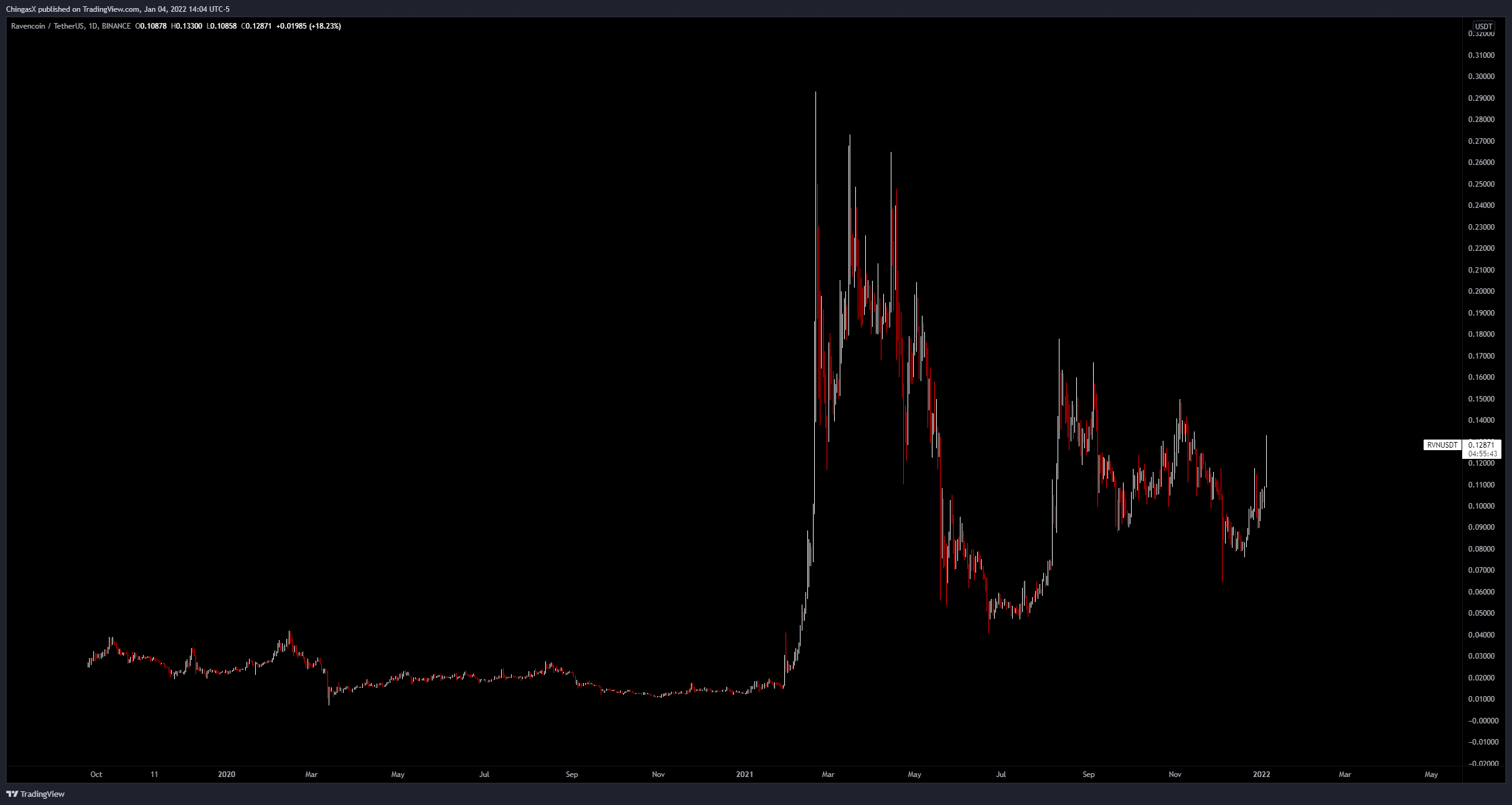 Ravencoin is a digital peer-to-peer (P2P) network that aims to implement a use case specific blockchain, designed to efficiently handle one specific function: the transfer of assets from one party to another. Built on a fork of the Bitcoin code, Ravencoin was announced on Oct. 31, 2017 and released binaries for mining on Jan. 3, 2018 with what is called a fair launch: no premine, ICO or masternodes. It was named in reference to a TV show Game of Thrones.

As a fork of the Bitcoin code, Ravencoin features four key changes: modified issuance schedule (with block reward of 5,000 RVN), block time reduced to one minute, coin supply capped at 21 billion (a thousand times more than BTC) and a mining algorithm (KAWPOW, formerly X16R and X16RV2 respectively) intended to mitigate the centralization of mining caused by ASIC hardware.

Ravencoin aimsto solve the problem of assets transfer and trading over blockchain. Previously, if someone created an asset on the Bitcoin blockchain, it could be accidentally destroyed when someone traded the coins it was created with.

RVN coins are designed as internal currency within the network and must be burnt in order to issue token assets on the Ravenchain. The assets can represent anything: real world custodial objects like gold or physical euros, virtual goods and objects, a share of a project like stocks and securities, airline miles or an hour of someone’s wage, etc. 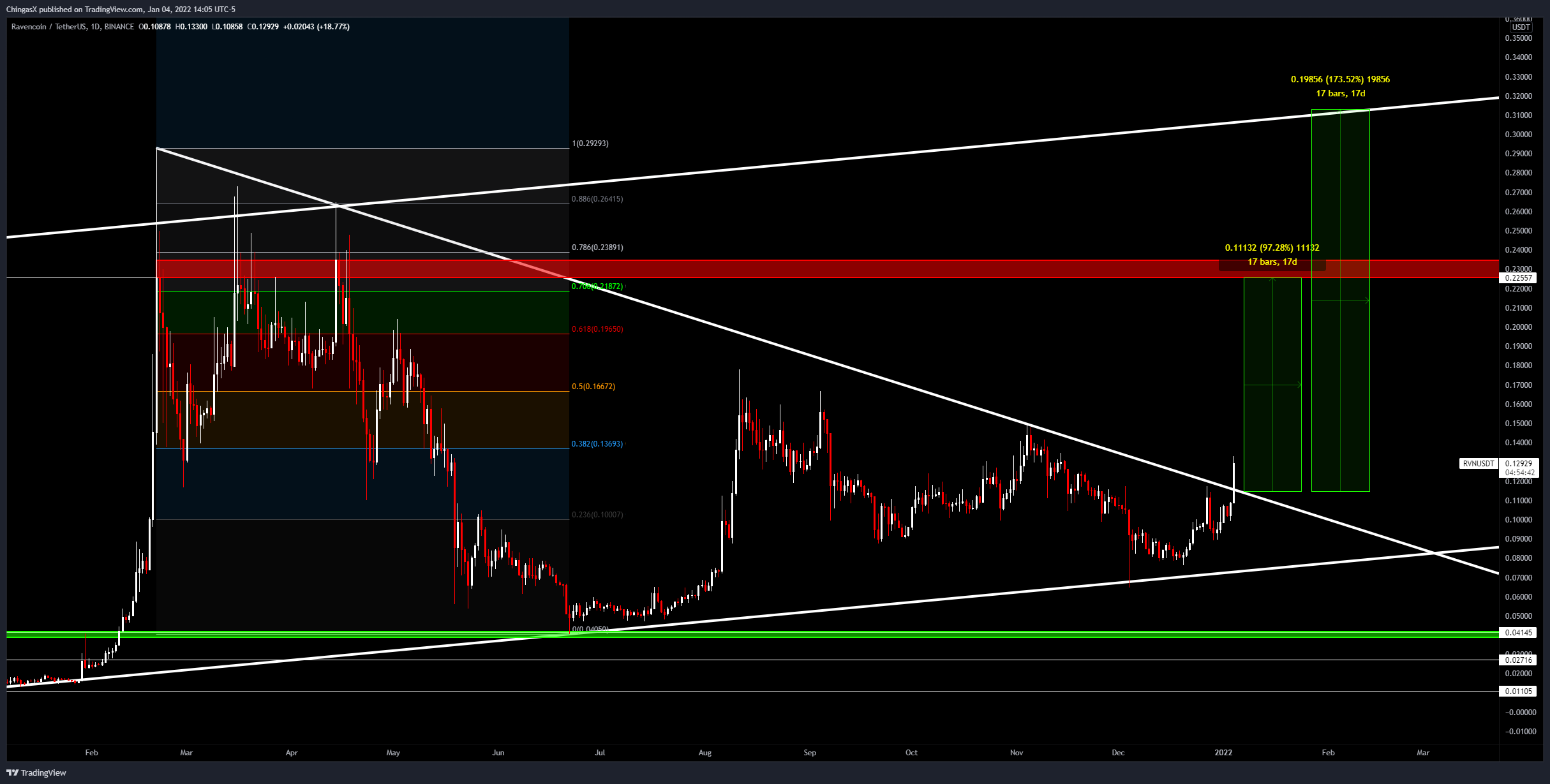 RVN has been very quietly working its way up to some major resistance.  After a 2200+% rally this time last year, RVN had some serious cooling off to do.  When all was said and done, 122 days after the ATH, RVN lost 86% of its new value.

From June to August, RVN did rally again and this time RVN went for 339% but stopped roughly around the 50% retracement to the ATH.  Once again, RVN struggled for about 131 days.

Recently, a few days before Christmas, RVN started moving upwards again.  This time, RVN had some serious resistance to contend with that could have cut its momentum down to zero.  Just today – RVN has broken through that resistance with force.

We have some initial resistance around $0.2252 and that is nearly a 100% move.  We do also see a potential trendline resistance just near or above the current ATH.  This could land anywhere from a 175 – 200% move – of course, depending on how long it takes to get up to those levels. 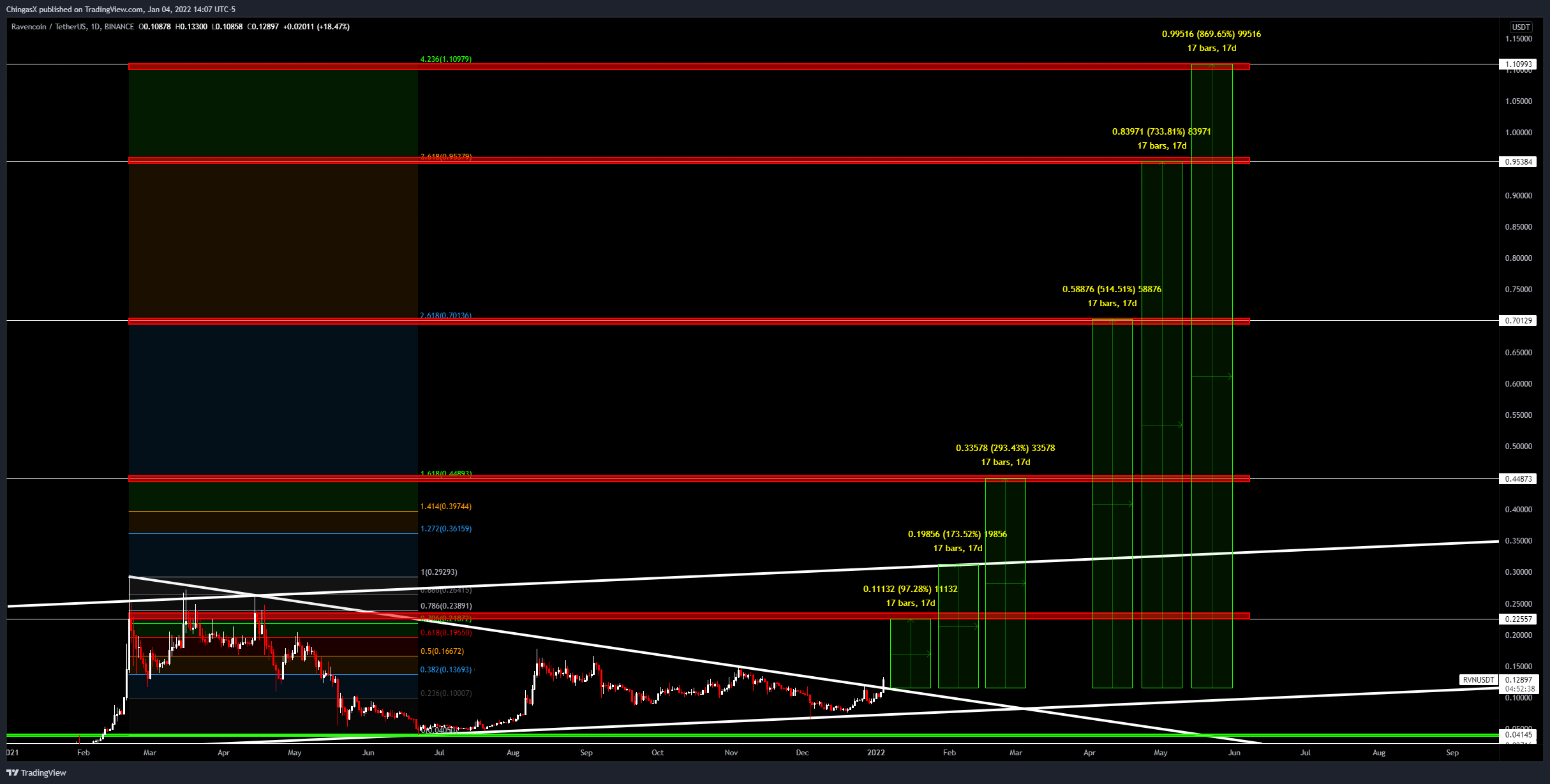 Newest | Active | Popular
See all
All about RAVENCOIN