The Big Drop after the New ATH 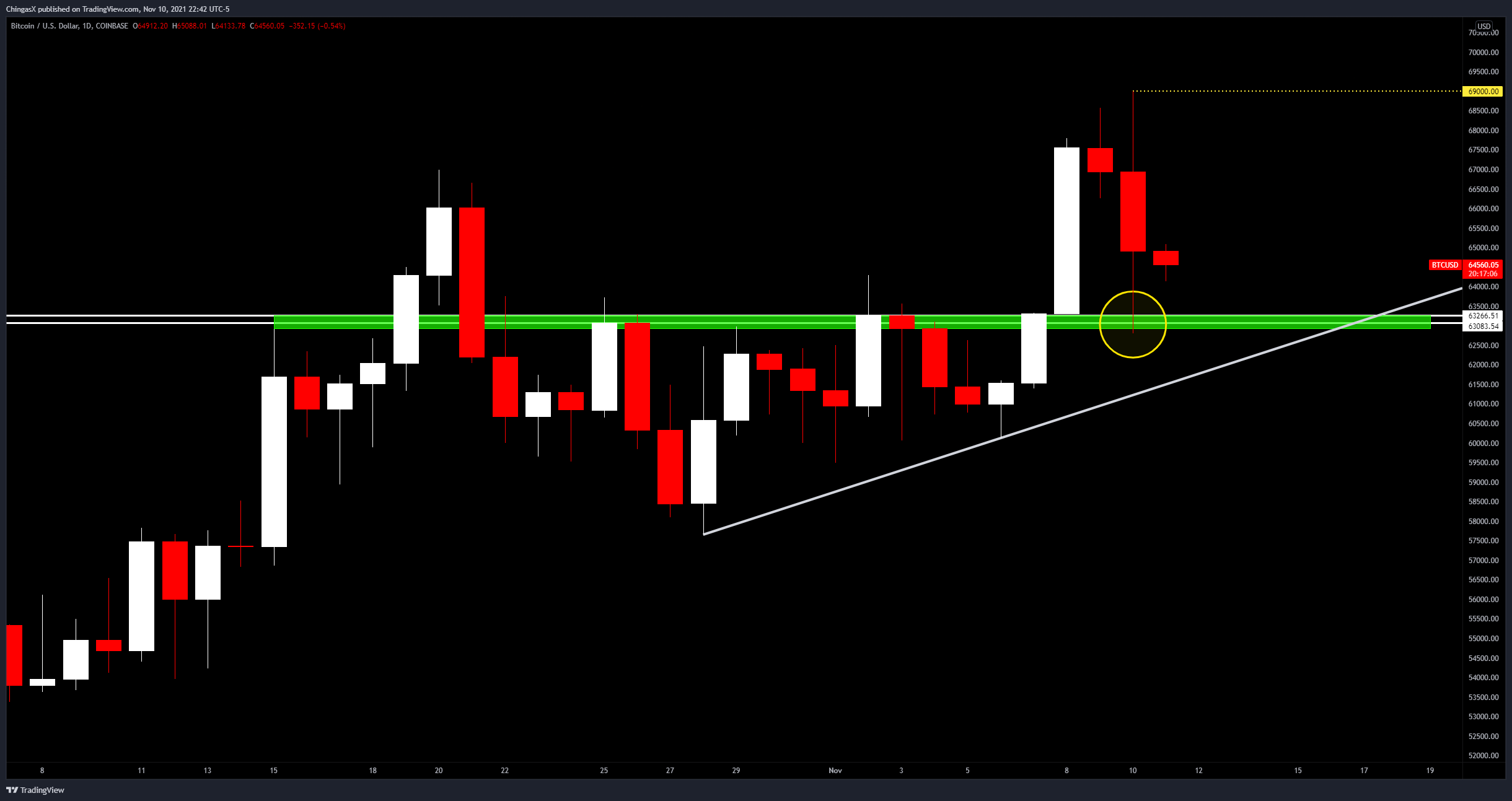 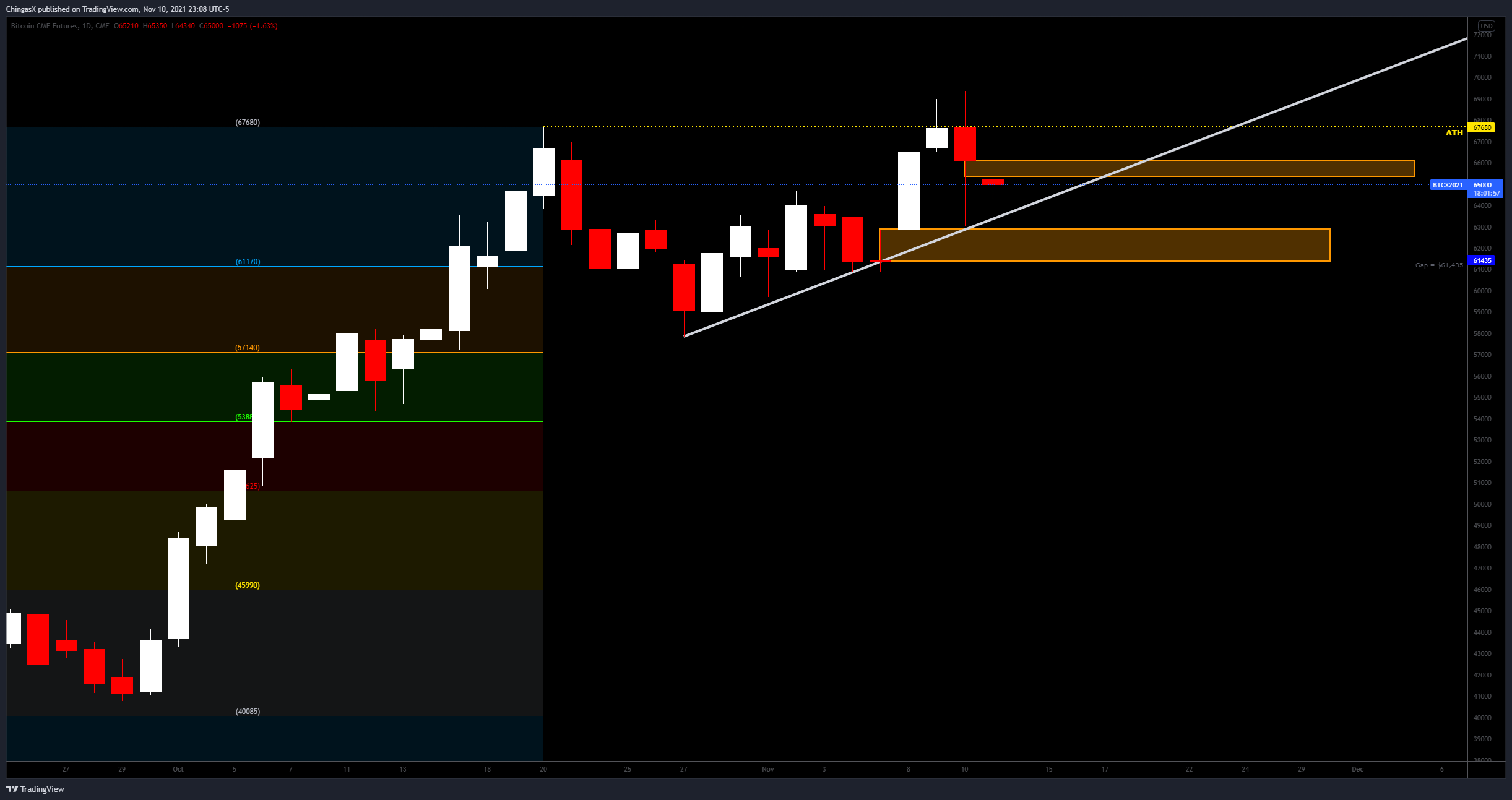 So what exactly is a Liquidity Grab anyway?  To put it simply, it’s an effort to push the price into the direction where there will either be a lot of liquidations or a lot of orders in the book to be able to fill large bags at a discount.

I believe it was only yesterday that we mentioned the potential for a nasty wick down in an effort for the whales to fill some last-minute bags before another leg up.

These can sometimes be engineered on a low-liquid exchange or in the Futures Market by only a handful of Whales.  The higher liquid exchanges can and are done as well but they usually require much more capital – so there are different tactics involved there to allow the bottom to fall out by supporting buy pressure with walls and then removing everything in an effort to create shock and panic.

The Paper Hands will sell directly into their buys and then they continue to push the price up as if nothing just happened. 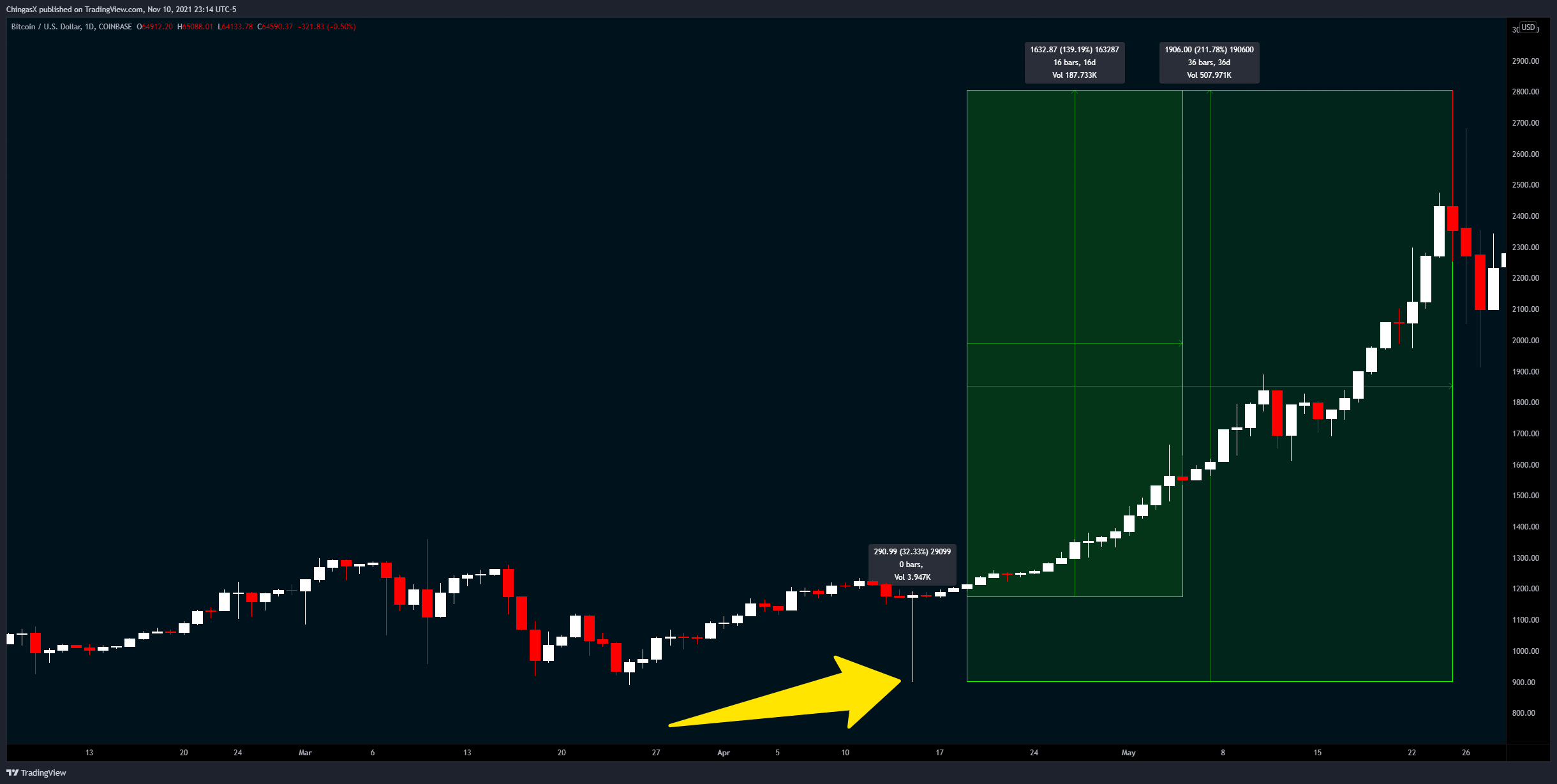 Here is an oldie but a goodie from Bitcoin back in 2017.  Bitcoin just came off a brand new ATH of $1360 at the beginning of March.  Price had then worked its way down into the $890 area before having a slow and steady return to levels over $1200.  Then, on April 15th, the price dropped 23% to a low of exactly $900.  Price then immediately shut back up to the open of the Daily candle that rewarded the $900 Buy-In a near-instant 32% gain.